The US recently released a report investigating several UFOs sightings in their skies. Australia however has no intention of doing the same. 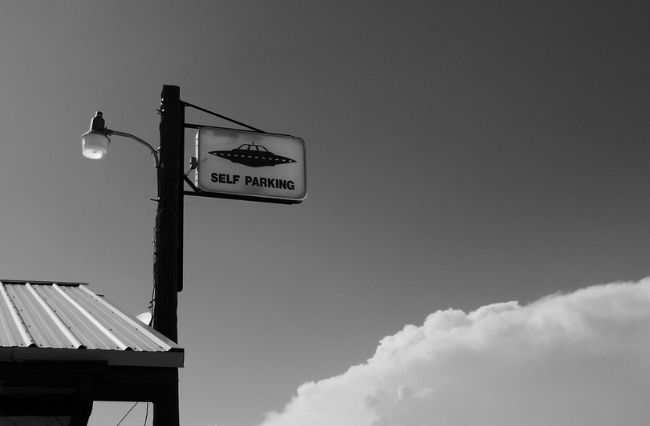 On 25 June this year, the Office of the Director of National Intelligence (ODNI) released a report investigating the existence of unidentified flying objects (UFOs). The report titled Preliminary Assessment: Unidentified Aerial Phenomena looks into 144 previous UFO sightings in America’s skies.

The document was brief, only nine pages long but based on a much longer, still confidential report. It still, however, caught the attention of people around the world.

Interested parties were eager for the document to drop, hoping for footage and detailed reports of military interactions with UFOs to be released. Some were even hoping for the confirmation of alien spacecraft. None of that materialised, however. Though the report did conclude that there were objects or phenomena in the sky for which they had no explanation.

Anthony Goodall, host of the Australian podcast Encounters Down Under, was one of those hoping for more information from the release. Goodall believes the details people really want are still buried in the classified document.

“They know more than they are giving that’s for sure,” he tells upstart. “They’re not telling us the whole story.”

With the ODNI report released in the US, many wonder if other governments would follow suit, including Australia. To the disappointment of many, the Australian Defence Force (ADF) have said they have no program investigating UFOs in our skies.

Australia does have a number of its own UFO sightings and stories, though. Goodall says his first experience was at age 11 when his father woke him saying, “I saw a UFO” and it seemed to “stop at every star”. It was this experience that first piqued Goodall’s interest.

Goodall claims he finally had his first personal up-close experience six years ago whilst working on a Queensland mine during the night shift.

“Two crafts or two lights flew straight over my truck,” he says. “It was cruising along, the lights side by side and then it just went dead over the horizon. The whole experience lasted three or four minutes.”

Goodall discussed the lights with other mine workers who had also said they witnessed them over their break and had concluded it couldn’t have been any plane or jet.

“There was no noise, nothing like that and they had gone straight over the top of us,” he says. “If they were jets, we would have been able to hear them.”

Australia’s first recorded sighting actually dates back to 1960. Several personnel at a weapon testing site in Woomera, South Australia, reported seeing a light that “appeared to come nearer or grow larger” and “turned to a red colour”. Since then, there have been more sightings recorded. Some even made the state and national news.

In 1980, South Australian brothers Phil and Rob Tindale claimed they saw two lights zigzagging across the sky – one red and large, the other yellow and small – almost as if they were in “conflict”. That same night, a local farmhand Daryl Browne heard a crash. Upon investigation, he said he found an object laying amongst the trees. However, when Browne later returned with the police, there was no sign of the object. Only broken branches remained.

Eight years later in New South Wales, Faye Knowles claimed her car was chased by an egg-shaped object. Knowles said she and her children were then “plucked” from the ground and once returned, both the interior and exterior of their car were covered in ash, a fact the police had verified.

Australia’s most famous story though may be the Westhall High School incident in Melbourne in 1966. Teachers and over 200 students claimed that an object descended and flew over the school and then disappeared behind some trees. The object reappeared 20 minutes later before quickly flying away. The Westhall incident is one of the world’s largest mass sightings on record.

Goodall very much believes these incidents are aliens or “beings” in some form. There just isn’t solid proof yet.

“There is a whirlpool of different theories. But unfortunately, we can’t get that solid evidence we need to clarify it,” he says.

On the contrary, astrophysicist at the University of Southern Queensland, Professor Jonti Horner, believes the answer to sightings both in Australia and overseas is more logical.

“Aliens are the least likely answer,” he tells upstart.

Horner believes people’s worldview plays a big part in how they regard sightings.

“I saw a map of all recorded UFO sightings since 1930 across the whole world. They were in Australia, the US and the UK with a few in Eastern Europe,” he says. “I find that very interesting from a cultural point of view.”

“In China, people think they are their ancestors or ghosts. So, you have the same phenomena being identified in different ways. The idea of these being alien is very much a Western thing. You see it through the cultural lens of the culture you’ve grown up in.”

Horner believes that releases like the ODNI report are a great idea for discovering what some of these UFOs are. By sharing with the public, they are opening it up “to the widest pool of people” to work out what these objects are.

“With a lot of these things, explanations will come, and they will be natural or human-made phenomena,” he says. “It’s about getting it to the person with the right expertise to work it out.”

Though UFOs aren’t alien craft in the eyes of Horner, it doesn’t mean they aren’t out there somewhere in his opinion.

“If there aren’t aliens out there then something is very unusual. I just don’t think they are here [visiting Earth] though,” he says.

“Why come here when you have a whole universe out there to explore?”

Photo: Sign in Rachel, NV near area 51 by Michael Herren available HERE and used under Creative Commons Attribution. The image has not been modified.