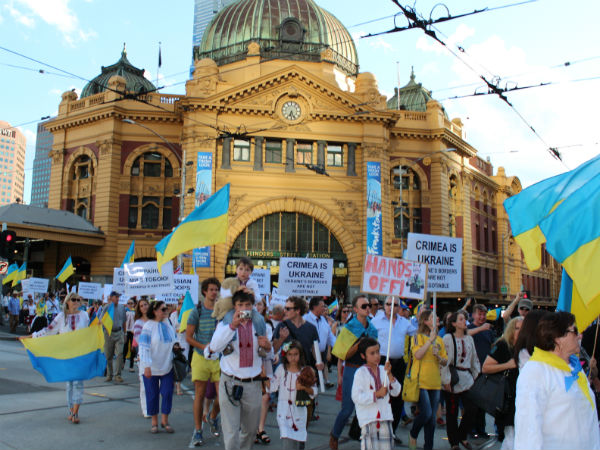 With Russia increasing its military action in Crimea and refusing to enter talks, it seems the conflict in the Ukraine is far from a resolution. This continues to cause concern across the global community, especially to those with ties to Ukraine.

The global community includes the Ukrainian Australian population which has shown strong opposition to Russia’s advances, organising protests across the country.

In Melbourne, more than 500 people turned out to demand the withdrawal of Russian troops, while expressing concern for the safety of friends and relatives in Ukraine.

Liana Slipetsky from the Association of Ukrainians in Victoria, organised the protest to make it clear that Russia’s actions were not going to be taken lightly.

“Invading Crimea is akin to invading Tasmania,” she says.

“This has been an unprovoked invasion of a territory in Ukraine. The Russian government is saying they are sending in troops to protect its citizens. However the question the Ukraine community in Australia is asking is, protecting them from what?”

This “invasion” has resonated within the community according to Slipetsky. After a brief period of hope when former President Viktor Yanukovych was ousted, people are now worried about their country’s sovereignty and peace throughout the region. 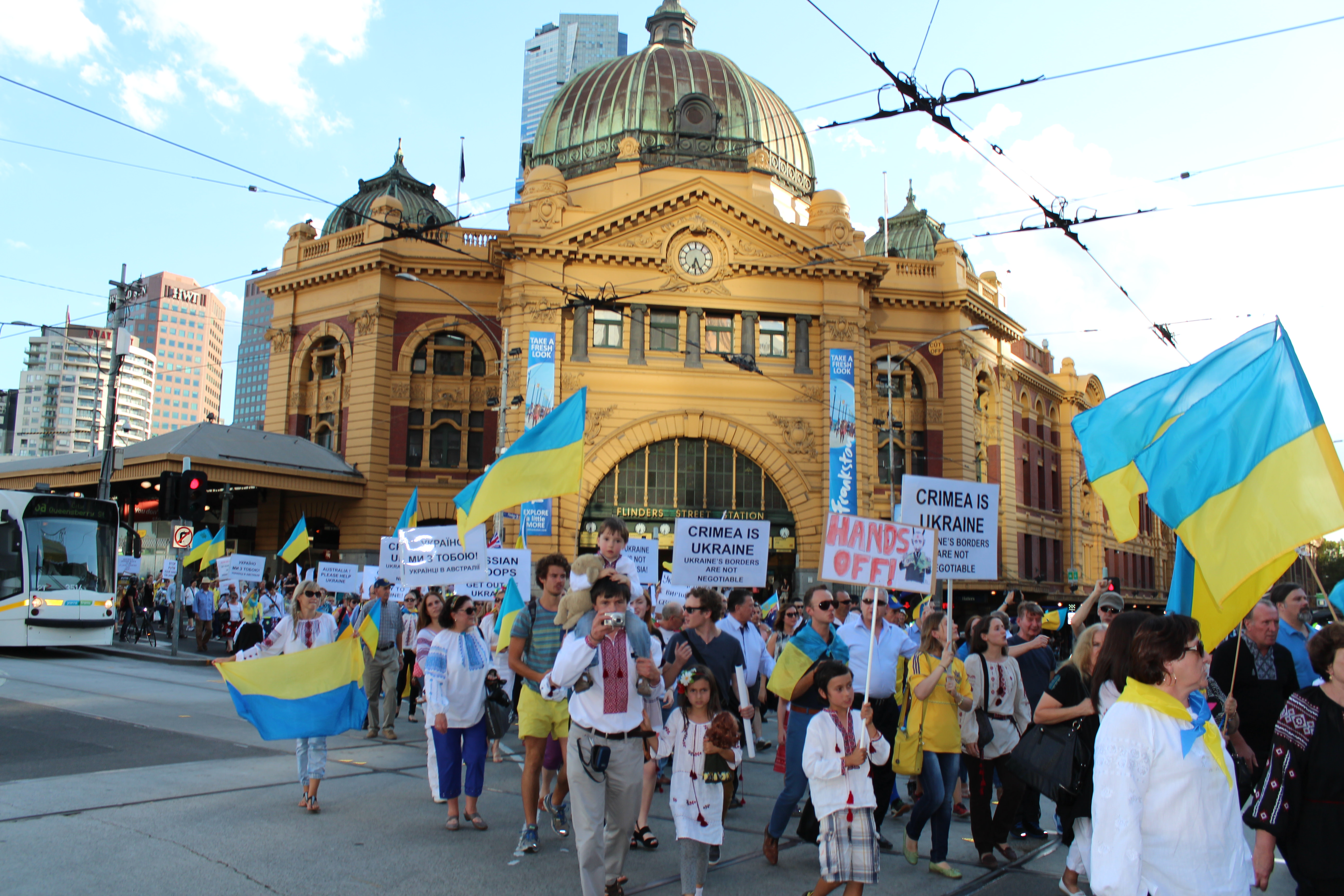 But it has served to unify many Ukrainians.

“It has united Ukrainians all over the world. We’ve had people come out that we didn’t even know were Ukrainian or weren’t very active in the Ukrainian community,” Slipetsky explains.

One of these people was Victorian Planning Minister Matthew Guy, who turned out to support the rally.

Guy, who’s grandparents fled the Soviet Union in 1949, spoke at the protest condemning Putin and his government and demanding that the international community take action against Russia for its advances.

Guy encouraged the Ukranian Australian community to come together and “fight for a peaceful, free, democratic, European Ukraine”.

This fight is made more difficult for Ukrainian Australians by their location. They are more than 14,000 kilometres away, but help is not impossible.

Continuing to raise awareness in the general public, as well as lobbying members of parliament to get the Australian government to act, is the most significant ways to contribute, according to Slipetsky.

Australia has already voiced its concern, with Prime Minister Tony Abbott telling Russia to “back off” and withdraw its forces from Crimea, while trade minister Andrew Robb has cancelled his visit to Russia.

When it comes to tangible action, Australia has many options available including pulling out its ambassador from Russia as Canada did, or restricting travel for Russian diplomats.

As a leader of the G20 and part of the UN Security Council, Australia has the ability to work with other nations that oppose Russia’s actions to impose sanctions.

Whatever the response may be, the message from Ukrainian Australians is clear. The time for talk and condemnation has stopped and it is now time for both from Australia and countries around the world to act.

This global support is what “warms the hearts” of Ukrainian Australians, with multiple nationalities turning out at the protest, especially the Polish Australian community which pledged its support. Slipetsky even mentioned reports emanating from Russia that some of the native population do not agree with Putin’s actions.

Slipetsky and the rest of the Ukrainian Australian community are hoping for quick resolution for this conflict as the longer it goes on the more tensions rise.

“We live in the hope that there will not be any war,” she says.

“Putin is unpredictable. We didn’t foresee this and who knows – we could be back out here in a month again. But hopefully not, because then we will be talking about more lives at stake.”

Liam O’Callaghan is a staff writer for upstart and is in his third year of a Bachelor of Journalism degree at La Trobe University. You can follow him on Twitter: @OCallaghan93.