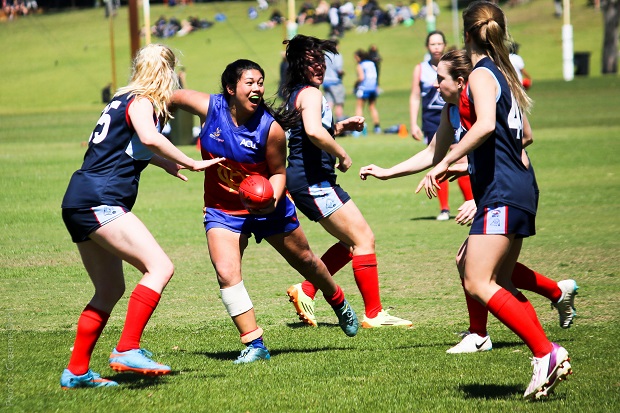 Over 8,000 university students from 42 universities across Australia are participating in the Australian University Games this September. The week-long Games are known as much for their camaraderie, teamwork and friendship as the medals won for individual and team events.

The Games provide a platform for an athlete to increase their profile and improve their competitive skills. General Manager of Events for Australian University Sport, Gary O’Donnell, endorses the opportunity the Games has to offer.

“For a lot of people, you’ll go from a junior career and won’t go away for a five-day event or championship event until you become a masters player,” he tells upstart.

Founded in 1993, the University Games have an impressive 25-year history, providing an opportunity for students to represent their respective states and universities in a broad range of sports, such as football, and individual events, like track and field.

O’Donnell manages the complicated logistics of the games and says there is considerable hard work involved in organising the event.

“[The games] come with challenges on a number of levels – simply that many people, that many venues, that many sports to conduct and a variety of workforces.

Though sporting achievements are the primary aim of the Games, O’Donnell believes students who attend with the primary intention of participating in the fun and friendships add an important element to the Games.

“I don’t think the outcomes need to be just limited to an absolute single focus. I think [the Games] deliver good outcomes across a range of goals.

“Someone might be playing in sport just for a participation focus, but they could still be a terrific and valued member of the team and the university … This brings camaraderie and friendship and also gives students the opportunity to work towards a common goal in their chosen sport,” he says.

O’Donnell wants the Games to be taken more seriously.

“[The Games have] probably had a history that’s [about] having a few beverages while the games have been going on and [they have] unfairly earned a label. Moving forward, the universities and a lot of the athletes themselves, want the games to be taken more seriously, and so we are debunking that on a practical level,” he says.

A number of implementations have already been put in place to assist in cleaning up the Game’s image, with blood alcohol testing of every competitor conducted every day at the recent Australian Snow Uni Games in Thredbo.

Despite these challenges, O’Donnell believes the Games remain an extremely promising opportunity for young student athletes to perform in a setting where they are analysed, monitored and observed, and have a chance to “win a national championship and get a medal.”

“And that’s a pretty reasonable medal to win,” O’Donnell says.

La Trobe University will be striving to achieve medals in over 20 sports that they are participating in at the Games.

Club Development Officer at La Trobe Sport, Nick Lambert, believes participants have a lot to gain from the event.

“Uni Games offers participants the opportunity to experience a high-quality inter-varsity sporting competition where they can test their mettle, whilst being part of a university wide team,” Lambert tells upstart.

Lambert believes university sport is an ideal platform for students from La Trobe who are looking to improve their skills in a competitive environment.

The University of Western Australia was the Overall Champion at the 2016 University Games. In 2015, the University of Sydney was the champion and, with that win, became the most successful competing university at the Games so far.

This year, organisers believe the Games are going from strength to strength in both performance and standards.

“The Uni games where you go away for a week with like-minded athletes is good fun, really invaluable and [creates] potential lifelong memories,” says O’Donnell.