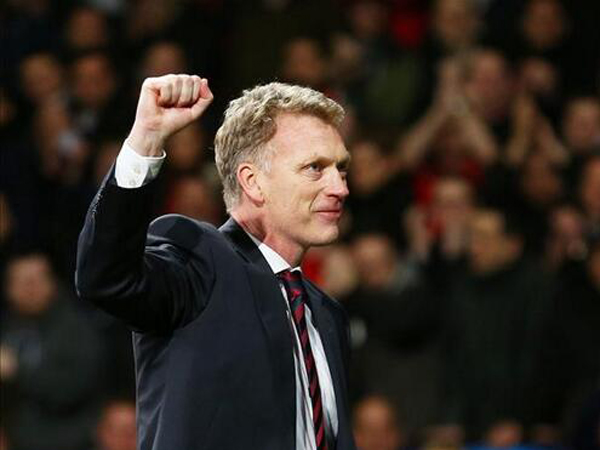 The terraces of Old Trafford have heard the chants of “we’re going to win the league” in late-March before.

In fact, it’s almost an annual occurrence for Manchester United fans who have seen Sir Alex Ferguson’s side claim 13 league titles in the last 20 years.

But not since 1990 have those lyrics been emanating so loudly from the away section of the ground when Liverpool is in town.

Last Sunday, when Brendan Rodgers’s team swept through Manchester and returned to Merseyside with arguably their easiest three points attained all season, a changing of the guard was forecast.

The stark contrast in the seasons of both sides has never been as evident as it was at Old Trafford on Sunday afternoon. Manchester United, with David Moyes at the helm following 26 years of Ferguson, was stagnating. Liverpool, under a progressive new manager, was on the way forward.

The direction of the two is eerily similar to that of 23 years ago.

In 1991, United was a season away from claiming its first league title in 26 years, while Liverpool had just replaced one of the most successful managers in its history, Kenny Dalglish, with a fellow Scotsman in Graeme Souness.

Fast-forward to 2014 and Liverpool is on the verge of winning its first league title in 24 years, while Manchester United has just replaced one of the most successful managers in its history with a fellow Scotsman.

Both Souness and Moyes were appointed in unique situations without an extensive search process and, as Fox Sports correspondent Daniel Garb suggests, United’s choice could equate to long-term demise, as it did with Liverpool.

“Liverpool had gone through the ‘Bootroom’ approach. It was all appoint from within and appoint a legend of the club. They produced fantastic players that grew into managers.

“United was a bit different in the way they appointed Moyes, but Sir Alex certainly wanted someone that was cut from the same cloth as him.”

Similarly, Garb identifies how both Souness and Moyes failed to utilise the large transfer budgets given to them when they first took over the reigns of their new club.

Souness wasted millions on players such as Dean Saunders, Mark Wright, Neil Ruddock and Paul Stewart, while Moyes has splashed in excess of £60 million on the likes of Marouane Fellaini and Juan Mata. Neither has yet to make considerable impact.

“Liverpool fans try to appease their mind by saying they couldn’t compete when the Premier League started because United and Blackburn had all of this money and blew everyone away,” Garb says.

“Unfortunately, none of the players they signed came to much and the resources were mismanaged because Graeme Souness was getting nothing from the playing group.

“That’s the problem United faces right now. They gave David Moyes a massive transfer kitty in the summer and he’s spent big money on Fellaini and Mata. Neither has really proved to be wise acquisitions.

“That could set them back five seasons like it set Liverpool back.”

But do the problems now facing Manchester United fall solely on the shoulders of Moyes?

One may sympathise with the ageing squad left to the former Everton boss by his predecessor, with the spine of the team consisting of Rio Ferdinand (35 years of age), Nemanja Vidic (32), Ryan Giggs (40), Michael Carrick (32), Robin Van Persie (30) and Wayne Rooney (28).

“They may not have as much quality as Moyes would have liked, but there’s a lot of depth there,” Garb says. “They are a far better squad than the way they are performing this season.”

The lingering shadow of Ferguson in the stands at Old Trafford may also be creating more pressure on Moyes.

Winding the clock back even further, Liverpool fans can again draw comparisons in this respect, when Bill Shankly’s presence at the club was seen as disruptive for new manager Bob Paisley in 1974.

“On the odd game, it does put more pressure on Moyes,” Garb says.

“It’s the little games like Sunderland away in the League Cup on a Tuesday night that you wonder why he (Ferguson) is attending. Is it really necessary for him to be there? That’s when it creates pressure.”

There are a host of variables to consider when Manchester United’s board inevitably debate the future of Moyes in the summer.

Yet their decision on whether to retain the Scotsman’s services is crucial as it could define the club’s next 20 years, as it has defined Liverpool’s.

Riley Beveridge is a third-year Bachelor of Sport Journalism student at La Trobe University and is the co-editor of upstart’s sport department. You can follow him on Twitter: @RileyBev