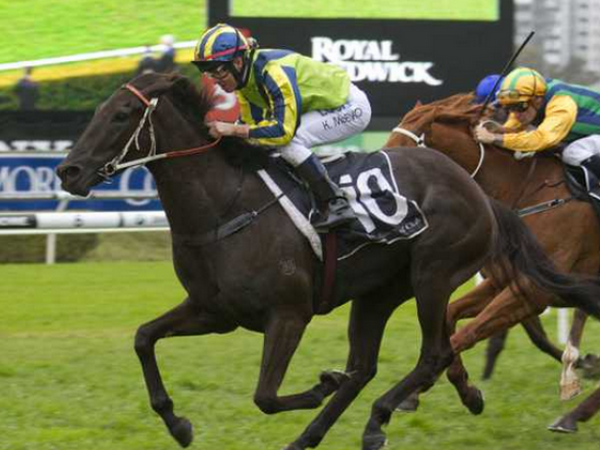 No matter how many races a horse has won or how well it has prepared in the lead up to the Melbourne Cup, when it comes to the first Tuesday in November, it is a completely different story.

There are a number of preliminary races considered as accurate indicators as to a thoroughbred’s form going into the ‘the race that stops the nation’; whether it be the Turnbull Stakes a month before, the Caulfield Cup or even the Geelong Cup.

Yet every year there is at least one widely-tipped runner which has a wonderful build up and then flounders in the Melbourne Cup – it’s almost a foregone conclusion.

The horse could simply have a bad run, or they could be unfortunate; 24 horses weighing at least 500 kilograms each tightly packed on a track 30 metres wide, means there is every chance a horse could just be unlucky.

Going into the 2012 Spring Carnival, Cumani had trained two Melbourne Cup runner-ups in the past five years: Purple Moon in 2007 and Bauer in 2008.

Mount Athos had been running well going into the 2012 Melbourne Cup, winning its previous three races.

He was looking good throughout the first mile of the Cup, and held a strong position coming down the straight.Then disaster struck.

He was bumped twice by 2010 Melbourne Cup winner Americain at the 400 meter mark, forcing him wide and curtailing his late charge home; he eventually finished fifth.

Jockey Ryan Moore was simply luckless. He rode the gelding well and going down the straight he was in an ideal position to contest for the win – then the Melbourne Cup curse struck and suddenly he was out of the running.

As we near the latter part of the 2014 Spring Racing Carnival, there a number of horses putting their hand up for Melbourne Cup favouritism.

After barnstorming home to win the Turnbull Stakes by a neck, Lucia Valentina is expected to go into Saturday’s Caulfield Cup as the odds-on favourite and the mare could back-up a week later to run in the Cox Plate.

Given she won’t be carrying as much weight as some of the other horses, it is a risk which she can afford to take. But is it a risk worth taking with the Melbourne Cup to come?

If she is to run in the Cox Plate, the thoroughbred – who has won five of her first 12 starts – will have a limited recovery time compared to many other runners. A tired body is the last thing the mare needs going into the Cup, a race run over two miles.

Highly touted German stayer Protectionist is one challenger with an empty race schedule leading up to the big race. Trained by Andreas Wohler, it made its Australian debut at the Group One Herbert Power Stakes on Saturday, where it came fourth in a strong field.

That will be its only lead up race as it prepares to become the first German-bred horse to win the Melbourne Cup.

The two horses are in strong form but the Melbourne Cup is another beast in itself. Often the most favoured stayer going in to the race does not run well as there are a number of unique variables in play.

The length of the race and the number of horses in the field are just two of the reasons why the outcome of the Melbourne Cup can be impossible to predict.

While it seems that the trainer of Lucia Valentina, Kris Lees, could be biting off more than he can chew, RSN Racing and Sport presenter, Adam White, believes there are a number of different approaches trainers take when preparing their horses for the big race.

Speaking to upstart, White indicated that Australian trainers have begun borrowing ideas from overseas, following the success the international contingent have enjoyed in recent Melbourne Cups.

“That is going with much less of a preparation in regards to how many races they run.”

Lucia Valentina at the double? The mare is $74.80 to win both the Caulfield & Melbourne Cups ->http://t.co/bEMLcyGLo8 pic.twitter.com/lwOlIlOdmc

Conforming to the international approach has been popular in recent times, but White says sticking to the traditional training method is effective as well.

“At the same time, it is important for the Australian trainers to back the way they have done it over a long period of time.”

“The internationals are having a much better run of it in recent years but Bart Cummings is still someone who’s won a double figure of Melbourne Cups … he has always had a traditional campaign from August until November,” he says.

While it is only early on in the Spring Carnival, White emphasised the importance of a Melbourne Cup runner being able to cover the length of the track at least a month out from the race.

“By the time the Turnbull Stakes comes around, you need to have your horse ticking over nicely, they don’t necessarily need to be winning but they need to be running on.”

There will be plenty on the line when the 18 horses step out onto Caulfield Racecourse for the Caulfield Cup on Saturday.

No horse has managed to secure the Caulfield/Melbourne Cup double in one carnival in more than ten years.

Saturday’s field is considered weaker than previous years. And while on form it seems the rare double is unlikely, anything can happen in the show stopper.

Tom Parker is a third-year Bachelor of Sport Journalism student at La Trobe University. He recently returned from South Korea where he worked in the media at the Asian Games. You can follow him on Twitter: @parker0_1.