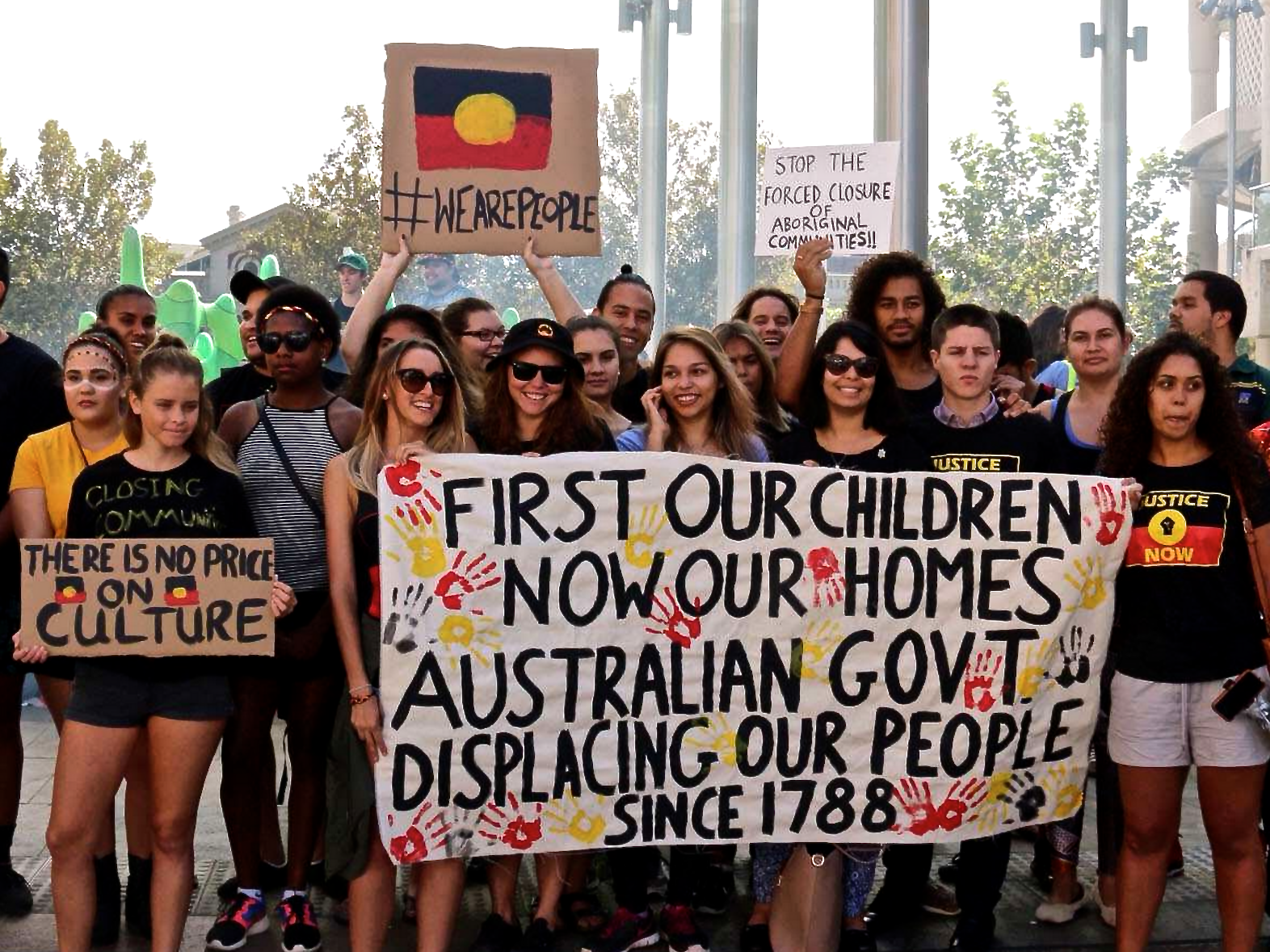 “What we can’t do is endlessly subsidise lifestyle choices,” Tony Abbott said on ABC radio on 10 March.

The prime minister was backing Colin Barnett’s proposal to cut essential services to 150 of the 274 remote communities in Western Australia.

But Andrew Bolt, who was found guilty of breaching the Racial Discrimination Act 1975 in 2011, came to Abbott’s rescue.

“NO, Prime Minister Tony Abbott isn’t racist for telling the truth about many tiny Aboriginal communities out bush,” he said. “Couldn’t the money we now use to prop up these no-future settlements be better spent?”

The majority of Australians don’t want to live in a society whereby those who, for whatever reason, can’t pull their economic weight would have their basic services severed. The national reaction to the 2014 budget proved that.

It may be true that a sensible national debate about the economic sustainability of remote communities needs to be had. But Aboriginal people have cultural and spiritual connections to the land that cannot be ignored.

Justin Mohamed, Chief Executive Officer of Reconciliation Australia, warned that such policy changes necessitate a “deep and respectful engagement with those in communities”.

But the government has neglected to have that conversation with those in remote communities who will potentially be affected by the changes, leaving them completely in the dark.

“If you’re not having the conversation to begin with, you’re setting yourself up for an incredibly big battle,” journalist and presenter Malarndirri McCarthy said on ABC’s Q&A last Monday.

Indeed, the battle has already begun.

On 19 March, Western Australian premier Colin Barnett was pushed by a protester outside parliament and largely booed by a crowd of more than 1,000 people. “Shame on you,” the protestors shouted.

Groups such as SOS Blak Australia and Warriors of the Aboriginal Resistance have been leading campaigns against the closures, both online and in the form of public demonstrations. On 10 April, large scale public protests, dubbed #blackfriday by some, were carried out across the country, the largest of which was in Melbourne.

“This is our movement and we are not going away!” Aboriginal rights activist Declan Furber-Gillick boomed to a supportive 4,000 strong crowd on Flinders Street.

The Herald Sun was heavily criticised on Twitter for dubbing protesters as “selfish rabble” and focusing primarily on commuter delays, rather than the cause for protest.

The issue has also been gaining traction on Facebook, with a significant number of users adopting a profile picture that asks for an end to the forced closure of Aboriginal communities.

Abbott’s seemingly clumsy comment about “lifestyle choices” was either another hopeless pratfall or an insidious method of dividing the nation. Either way, Australians have reacted negatively to his comment and Colin Barnett’s proposal.

Many Australians aren’t willing to stand by while Aboriginal peoples are displaced and mistreated. Not again.

Additional protests have been scheduled nationwide for 1 May.