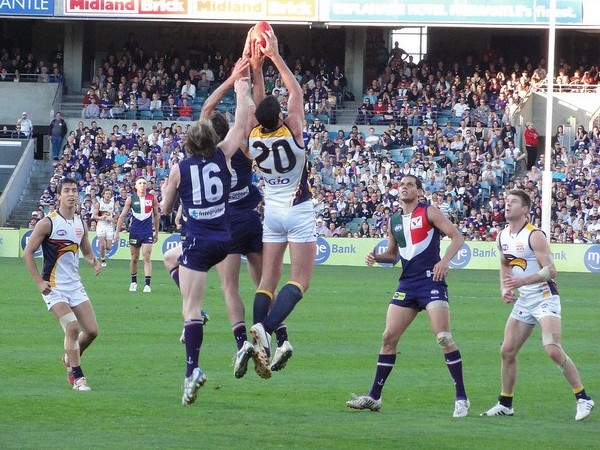 “We’ve got injuries” is one of the most common excuses footy fans have at their disposal. In most cases, it’s a copout. Every team has injuries, and the best sides are able to cover the losses of even the most important players.

Having said that, West Coast is the exception to the rule. There are a range of problems emanating from the Eagles’ injury list – the most obvious being that a third of their best 22 are currently unavailable.

But it’s not just the fact that these players are missing. Their absence has put added pressure on those who aren’t injured.

Take Shannon Hurn, for example. Hurn is renowned as the best kick at the Eagles, and possibly the best kick in the league. Carlton’s Dennis Armfield played a defensive-forward role on Hurn last weekend, limiting the damaging Eagle to just 10 kicks for the game.

While Armfield may well have gone to Hurn regardless of which other Eagles were playing, this would have allowed Beau Waters – an All-Australian defender last year – to roam free and do damage offensively, had he not been watching from the sidelines. Hurn’s inability to influence the contest last weekend would not have become a post-match talking point if  Waters had been there to fill the void.

The tag applied to silky Eagle Andrew Gaff last weekend highlighted a similar issue in West Coast’s midfield. While Gaff has been targeted by opposition coaches before, it has usually meant that other outside midfielders have had a chance to put their stamp on the game.

Most glaring of all is the absence of Nic Naitanui, who is being more sorely missed than most would have imagined. When Naitanui returns, he will provide the Eagles with much more than speed around the ball.

With Naitanui out of the team, Jake Carlisle and Cale Hooker would play on Josh Kennedy and Jack Darling. That would leave Dustin Fletcher to zone off young ruckman Callum Sinclair, and play the third-man-in role for Hooker and Carlisle whenever required.

With Naitanui in the team, that whole structure would change. The Eagles would gain another genuine marking option – in Dean Cox, who spends plenty of time forward – and the Bombers would have one less attacking weapon on their half-backline. Dustin Fletcher would be held accountable for a direct opponent, which would limit his ability to set up play from half-back, or zone off his direct opponent to help teammates.

Other sides’ backlines are structured in very similar ways. Replace Dustin Fletcher with Nick Maxwell at Collingwood, Josh Gibson at Hawthorn, or Sam Fisher at St Kilda and it’s the same story.

On top of all that, West Coast simply wins more hit-outs with Naitanui in the side. The Eagles are currently ranked seventh in hit-outs. You can expect that number to rise dramatically when Naitanui returns from injury, considering both he and teammate Dean Cox were selected as All-Australian ruckmen last year.

When Cox and Naitanui are winning hit-outs, West Coast midfielders invariably get first use of the ball. It should be noted too that Naitanui wins plenty of clearances himself. The Eagles are currently fifth in the league for centre clearances – they’re likely to be higher on the list by season’s end.

Some commentators suggested in post-match discussions last Saturday that West Coast appears a less intense side than it has been in the past. The fact that the Eagles have laid more tackles than any other team to date in 2013 suggests that isn’t the case.

Everything points to personnel, rather than system, being the real issue for West Coast currently. How is that a positive? It’s simple.

Good news on the injury front. Read about the fitness of Glass, Waters and Wellingham – http://t.co/a6keEJsnW8 #goeagles

West Coast has an extensive injury list, but of all those I’ve mentioned, not one is a long-term concern. All are expected to return by the halfway point of the season. In the meantime, West Coast will play Port Adelaide, Western Bulldogs, Brisbane, North Melbourne and Greater Western Sydney.

If the Eagles win three or four of those – a conceivable result, providing they don’t score 23 behinds as they did against Carlton – and then start getting players back from injury, they’ll still be in contention. By the middle of the season, we’ll have a much better idea of where West Coast stands in the scheme of things.

As mentioned last week, early wins are important, but not season defining. West Coast sat atop the AFL ladder after round nine last year – with only one loss – but had lost a top-four position by season’s end.

With the gift of hindsight, we know that it was too early to label West Coast a premiership contender this time a year ago. By the same token, it’s too early to rule the Eagles out of contention in 2013.