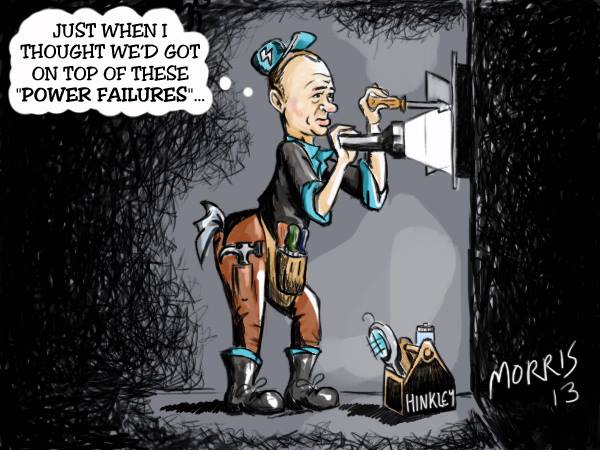 After five rounds every footy journalist in Australia was praising Port Adelaide.

New coach Ken Hinkley had the Power playing great footy; they were undefeated and exciting, led by an assortment of rising stars. They were also receiving plenty of off-field support – thanks largely to president David Koch.

But since then, Port Adelaide’s situation has reverted back to what many expected before the year began. The Power have lost their last four matches, and the emerging stars who led the early charge up the ladder have struggled to maintain their early form.

Consider key forward/utility Justin Westhoff for example, who averaged four goals and 22 possessions per game in the first month of the season. It seemed Westhoff – now in his seventh season of AFL – had taken his game to another level. But in the five weeks since, he’s averaged just over 15 disposals per match, and has only added one goal to his season tally.

Young midfielder Hamish Hartlett’s year has taken a similar course; he averaged nearly 24 possessions in a scintillating opening five games, but just 13 in the past four matches.

Even first-year player Oliver Wines – who has played every game so far in 2013 and exceeded all expectations – has dropped off slightly in the last month. Wines averaged 23 touches in the first five weeks, but only 18.5 since.

The reason Port Adelaide was winning those early games was because the aforementioned three players, along with many others, were influencing games in a way that suited them.

There is a bizarre perception in footy that teams “turn a corner,” and then rapidly rise thereafter.

Realistically, that’s not how it works.

Players and football sides alike take time to find their feet, then eventually adjust to the pace and demands of the game, and start to realise their potential. At that point however, opposition coaches and players figure out why that player or team is damaging, and what can be done to curtail their influence.

As Robert Shaw pointed out on SEN on Sunday morning, a number of Port Adelaide players – including the three I’ve focused on already – are getting more attention from opposition teams than they were at the start of the season.

Hamish Hartlett, for instance, has been subjected to a hard tag in recent weeks. This has limited his influence on games but, as former Lions’ great Luke Power suggested, being tagged shows you’re respected.

That Hartlett is being tagged fairly early on in his career, having played just 55 games, merely means he will learn how to cope with a tag sooner. This will be beneficial in the long run.

Thankfully for Hartlett, his captain Travis Boak can offer him plenty of advice, having overcome similar difficulties in recent years. Boak was also tagged relatively early in his career, due to the Power’s lack of elite midfielders.

Unlike many of his teammates this year, the Port Adelaide skipper has maintained his early-season consistency. Just once has Boak had less than 20 possessions in a match this year – in round eight against Carlton, when he had 18 disposals. Boak is the highest-ranked player in the competition for inside 50s, averaging 5.6 per match. He’s also sixth in the league for clearances and thirteenth for total possessions.

In previous years uncontested possessions haven’t been considered the be all and end all.

But in 2013, retaining the ball is a major key to success; Hawthorn, Geelong and Essendon rank first, second and third respectively in uncontested possessions. These sides also occupy the corresponding positions – first, second and third respectively – on the AFL ladder. Currently, Port Adelaide is fifth in uncontested possessions.

Earlier in the year, the Power took a number of steps forward. For now, that progress has halted. But two steps forward and one step back still has them heading in the right direction.