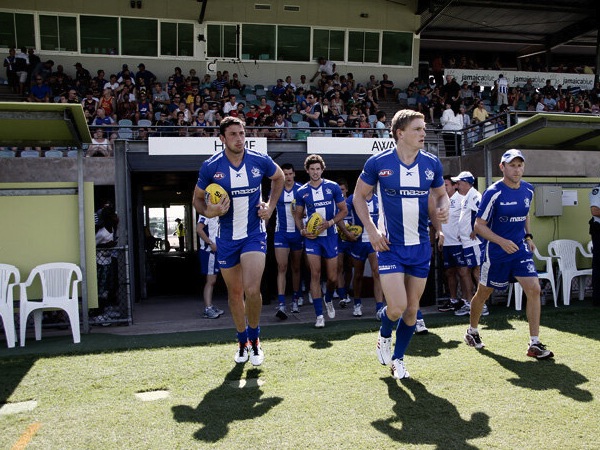 The Kangaroos have lost their first three games, and for some, that will trigger alarm bells.

Specifically, there will be questions asked this week of North’s defence – not the backline, but the entire side’s inability to restrict sides from scoring heavily.

“In each of their three games so far, North Melbourne has conceded more than 100 points.”

It’s a stat that’s already been rolled out a number of times by commentators since the Roos’ loss to Sydney. You can expect to hear it a few more times this week. But what does it really mean? Has North Melbourne been belted?

The simple answer is no.

In each of their three games, the Kangaroos have been in a winning position at some point in the match.

North Melbourne fell just short of defeating Collingwood in round one, lost to Geelong courtesy of a free kick to Cat Jimmy Bartel with less than a minute left, and were competitive against reigning premiers Sydney in the first half.

The Kangaroos have conceded more than 100 points in each case, but have done pretty well offensively themselves. They managed 87 points in their first match against the Magpies, 108 against the Cats, and 92 against the Swans.

After the Kangaroos win their first game, you can expect to hear the opposition coach say something like: “We didn’t want it to turn into a shoot-out, because we know they’re very dangerous when they get a run on, and get the ball in quick to the likes of Drew Petrie one-out.” 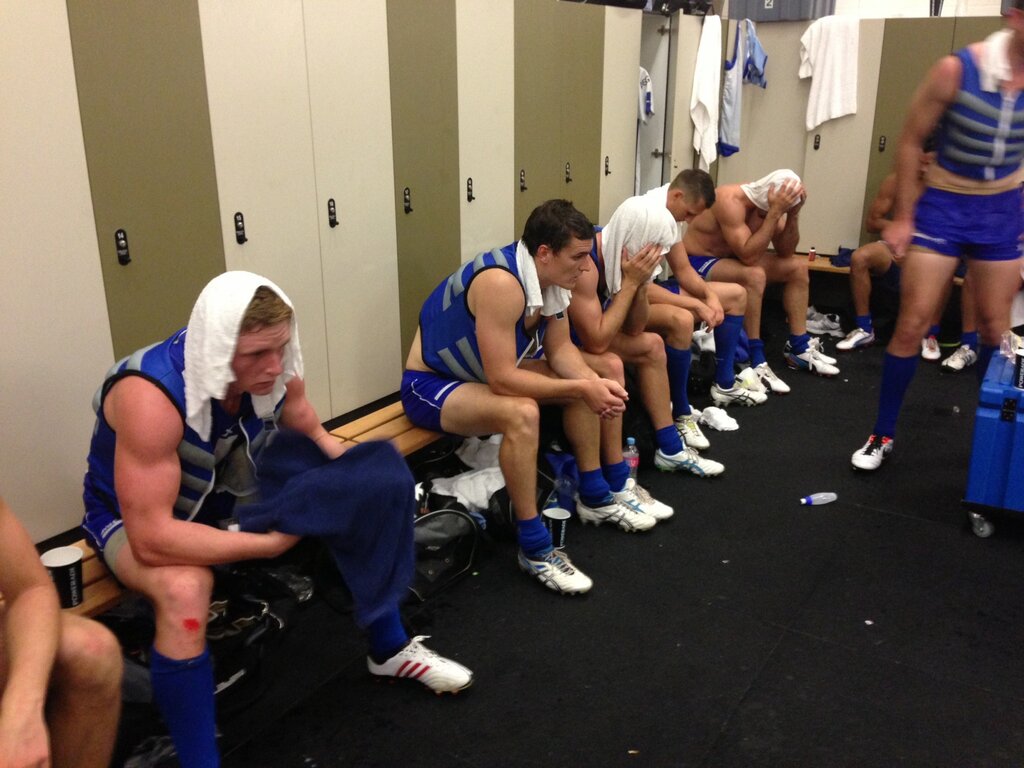 The fact that the opening three games of the season have been high-scoring affairs suggests that the Kangaroos – for large portions of each match at least – have been able to play the game on their own terms. There’s no reason why that should be seen as an indictment on coach Brad Scott or his players.

There will also be plenty of assertions made this week about North Melbourne’s issue with third quarters. There’s certainly a correlation based on what we’ve seen thus far, but three games is a very small sample size.

In reality, the concern for the Roos is that they’ve had a tendency to leak goals quickly, in patches of games. In recent weeks, these patches have happened to fall in third quarters. Take Saturday’s match, for instance.

At that point, the Kangaroos hadn’t had a good quarter, but it was by no means a disaster. It’s almost unthinkable, but the Swans were able to pile on six more goals for the remainder of the quarter. Sydney headed into three-quarter time with a 47-point lead. The game was over.

Every game of football has momentum swings, where one side gets a run on. No team can prevent another from having a good patch of footy, but the best sides can limit the damage done during those periods.

The ability to do this comes with system and experience.

North Melbourne clearly believes coach Brad Scott will be able to put sufficient defensive structures in place – in February Scott’s contract with the club was extended to the end of 2016. There’s no doubt that North has improved since Scott took over as coach – at this stage, there’s no reason to suspect he mightn’t be the man for the job.

As for experience, that will come with time. The addition of veteran Brent Harvey – who comes with 346 games of experience – will help too, when he returns from suspension in round seven.

In the meantime, North Melbourne’s draw will get a little easier. The month ahead includes games against Brisbane, Port Adelaide and Western Bulldogs. It’s a far cry from the first three against Collingwood, Geelong and Sydney – all of whom finished in the top six last year.

There’s no doubt that North Melbourne would love to have a win or two on the board, but if there’s one thing we can learn from the 2012 season, it’s that form at the back-end of the year is paramount to success.

After round nine last year, Sydney sat in fifth position, while Hawthorn were barely in the eight – having won only five of their first nine matches. When the two sides met on Grand Final day, they were clearly the two best sides in the competition – the first half of the year was a distant memory.

We’re still a long way away from round nine, let alone the 2013 finals series. North Melbourne has already shown that it can mix it – for extended periods in matches – with the competition’s best. The Kangaroos have plenty to work on, but more importantly, plenty of time in which to improve.