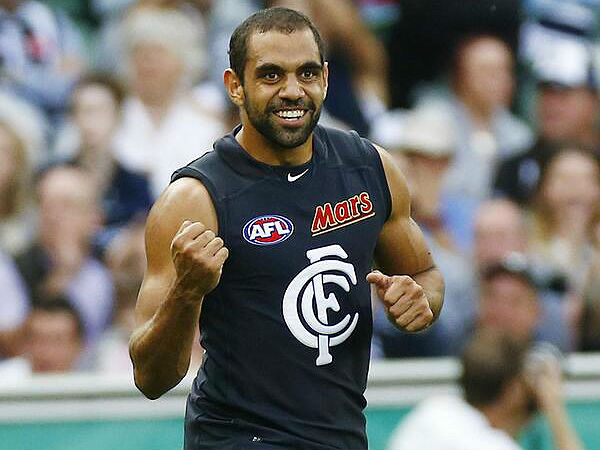 Malthouse’s pre-season declaration that there are “no limits” to what the Blues could achieve in 2013 raised the expectations of Carlton supporters to an almost absurd level this pre-season.

So where to for the Blues now, given they’ve started the year with two losses?

The supporters are worried, but they need not be, for a number of reasons.

Of the footy experts in the media who suggested Carlton would fail this year, a common criticism seemed to be that Carlton didn’t have the cattle to pull off the game plan Malthouse put in place at Collingwood. At the peak of their powers the Magpies loved to kick long down the line to Travis Cloke and Chris Dawes – two players renowned for their physical strength and ability to compete in the air.

Commentators such as Matthew Lloyd and Gary Lyon suggested that young Blues Levi Casboult and Sam Rowe wouldn’t be capable of performing the Cloke and Dawes roles.

Thankfully for Blues fans, Mick Malthouse has shown he’s not a one trick pony, and is capable of adapting a game plan based on the players at his disposal.

The Blues haven’t hugged the boundary line anywhere near as much as expected. They have been prepared to bring the ball through the middle of the ground, to allow Yarran, Garlett and Walker to use their speed and skills to expose opposition defences by running into a vacant 50-metre arc.

There were questions over Carlton’s backline as well, but so far it’s held up well. Travis Cloke and Jack Riewoldt – two of the competition’s premier forwards – have been held goalless in the Blues’ first two losses. Michael Jamison looks to have put last year’s injury woes behind him, and Lachlan Henderson now looks comfortable holding down a key defensive post.

While the Blues would have been furious at conceding five goals to small-forward Jamie Elliot yesterday, it’s less of a concern than if Travis Cloke had kicked a bag. If Carlton tightens up defensively, there won’t be a repeat when the two sides meet again in round 15.

By that point, Carlton will have a much more settled line-up.

Shaun Hampson, Eddie Betts and Jarrad Waite will bolster the forward line when they return, while Heath Scotland will add class to the Blues’ half-back line. It’s also hard to see defender Nick Duigan not slotting into the Blues’ best 22, given he was a candidate to take over the captaincy from Chris Judd a little over a month ago.

After a below-par performance last week, Marc Murphy – Judd’s eventual successor as captain – had a much better game yesterday, with 26 possessions, and a “captain’s goal” in the third quarter. When Murphy took over as captain, he admitted it might take some time to “grow into the role.” Murphy symbolises the Blues in many ways – talented and dangerous, but still a work in progress.

But what does that mean for the immediate future of the Blues? After Carlton lost to Richmond, many pointed out that the Blues’ next four games would be against quality opposition – four sides from last year’s top six.

With Collingwood behind them, Carlton must now play Geelong, West Coast (interstate), and then Adelaide in Melbourne.

While the Cats have won their first two games, they haven’t been emphatic in either match.

West Coast? They’re in the same position as Carlton – winless after the opening two rounds.

Adelaide has been fairly unimpressive in its first two games as well, losing badly to the Bombers in Round One, and barely sneaking home against the Brisbane Lions – who didn’t make the eight last year – in its second match.

The next three weeks will test Carlton, but based on what we’ve seen so far each of the upcoming matches is winnable.

In the last fortnight, Carlton has played in what might well be the two most built up matches of the year.

When you lose to an archrival in front of 80,000 spectators, it probably feels like the world is ending. In reality, as big as these games were, they were still only worth four points each.

The Blues have been extremely close to a win two weeks in a row, and still have plenty of room to improve. Despite their ladder position, they might even be tracking ahead of schedule.