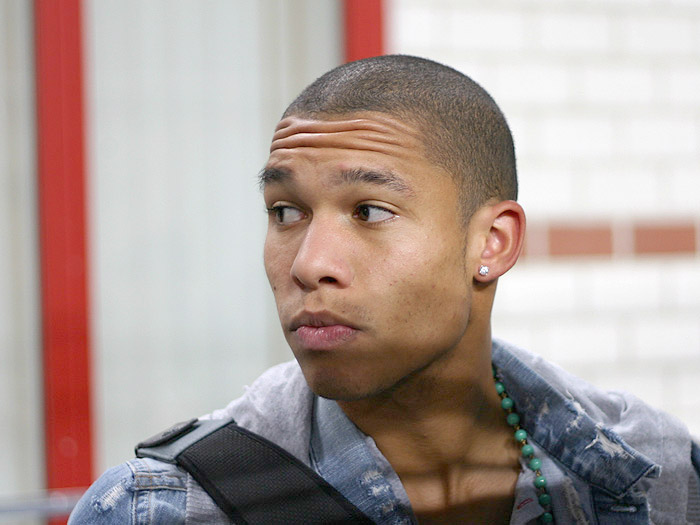 In 2010, fans abused De Jong for legitimate reasons (kicking Xabi Alonso in the chest). In 2012, the hecklers have stepped way over of line.(image: Paul Blank via wikimedia

The tournament began on a sour note yesterday, before a ball had even been kicked when players became victims of racist abuse – just as many had feared. While training in Krakow, the Dutch squad was subjected to racist chants and noises – witnesses claimed that around 500 fans made monkey chants at the players. UEFA had attempted to play down the initial reports, denying the demonstrations were racist. ‘It is a real disgrace, especially after getting back from Auschwitz to be confronted with this,’ said Netherlands captain Mark van Bommel.

But, to the football: it’s Saturday night, Monday is the Queen’s Birthday Public Holiday, so what better way to enjoy the long-weekend than enjoying the first of the groups of death; Group B.

The Dutch kick off their campaign tonight against Denmark, and are strong favourites to go all the way at EURO 2012.  Expect goals, flowing football and oranje fans.

In the other match, the also-fancied Germans take on Portugal. While the Borussia Dortmund members of the German squad are fresh off their second Bundesliga title, the Bavarian players are surely still licking their wounds from their Champions League final loss to Chelsea. Regardless, the renowned German-determination should prevail, and the squad will be ready and primed for European success.

MUST-SEE:  Perhaps the ‘hottest place’ Portugal reached at the last international tournament it entered (yes we’re hoping for another gem like this in 2012):

EYE-BROW RAISER: Here at upstart, we love tabloids like The Sun. Especially when they continue to remain in the upper echelon of England’s journalism. Today they published a photo-shoot with German model Micaela Schaefer, who wore very little in support of the national team. She’s definitely caught the EURO fever…

BALOTELLI WATCH: Italian midfielder Thiago Motta said that Super Mario will be a key player for Italy at EURO 2012 – if he behaves himself. “Balotelli makes me just as angry now with his jokes as he did when he was at Inter. But away from the pitch he is a good lad” said Motta.

REASONS TO WATCH: Both the Dutch and the Germans are among the tournament favourites, who have played an attractive brand of football over the last few years.

REASONS TO NOT WATCH: Robben can be frustrating to watch. And the sight of Mesut Ӧzil can be spooky at 4am. Or to avoid seeing potential racist displays. Or seeing Nigel De Jong potentially kicking someone. Or Pepe.

TONIGHT: The highly-fancied Netherlands take on the little-favoured Denmark. The Dutch have some of the best attacking options in world football; with Arjen Robben, Wesley Sneijder and Robin Van Persie expected to bang in the goals. Denmark have Daniel Agger – who plays for European Powerhouse English club Liverpool (remember them?). Few expected the Danes to succeed at EURO 1992, and in 2012 few expect them to much more. It’s unlikely that they will do so, and the Dutch should roll straight past them (3-1).

Germany play Portugal later in the night, and while Germany has by far the stronger squad, the likes of Cristiano Ronaldo are not to be ignored. Ronaldo had a strong season with Real Madrid, and will be desperate to prove himself on the international stage, especially after captaining Portugal to a disappointing Round of 16 exit to the 2010 FIFA World Cup. The match is likely to have a cagey start, but goals in the second half should see a German victory (2-1).