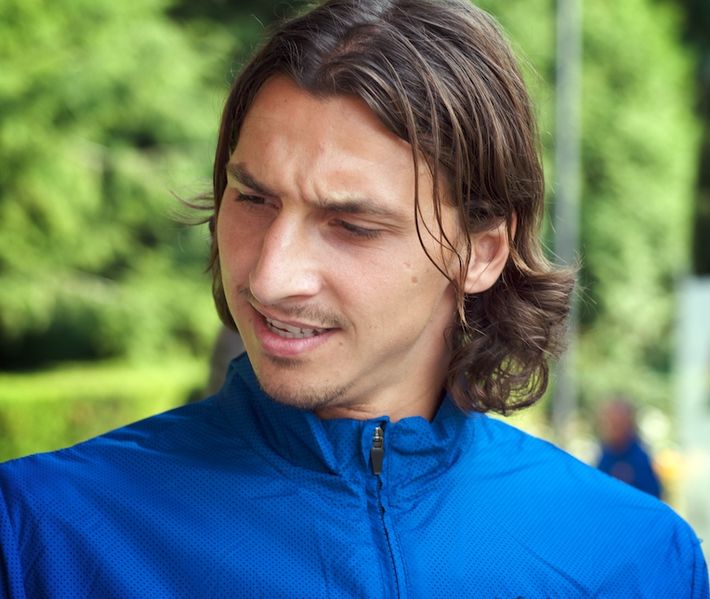 ‘you know, maybe I will score the goal against England…’ can Zlatan Ibrahimovic use his wizardry to defeat the English? (image: Luis Antonio Rodríguez Ochoa via Flickr).

Group D resumes tonight, and remains wide open. While France’s 1-1 draw with England was somewhat predictable, Ukraine’s stunning 2-1 win over Sweden sits the host nation atop the group. National Hero Andrily Shevchenko was the star, scoring two headers against the Swedes in front of an ecstatic crowd in Kiev. Either a win or a point against the French would put Ukraine in a strong position to progress to the Quarter Finals.

England’s tournament started as well as it could have been expected, with a solid performance against France. The Three Lions’ midfield duo of Scott Parker and Steven Gerrard looked solid off the ball, yet did struggle to break through the French defence. Joleon Lescott more than justified his selection, with a strong display next to John Terry in the back-four, and did a good job of keeping the likes of Ribery and Benzema quiet; as well as opening the scoring with a header from a set-piece.

The French will continue to plug away as quiet contenders for the title, Samir Nasri in particular looking the most dangerous against the English. France’s ball movement was top class, yet Les Bleus did struggle to create clear-cut chances, and resorted to long range efforts – one of which eventually went in, courtesy of Nasri. Manager Laurent Blanc would have been pleased with the effort in the first match, but fully aware that a loss to Ukraine is not acceptable for this talented French side.

MUST SEE: James Milner’s agonising miss against France, which was reminiscent of Fernando Torres’ gaff at Old Trafford last season (of which Mr Trololo complements perfectly).

EYEBROW-RAISER: Joey Barton, who was stunningly not included in the Queen’s Birthday Honours this year, has taking another step towards being voted the 2012 PFA Player’s Player of the year, by offering his warm and complimentary thoughts about Liverpool and England Midfielder Jordan Henderson. Barton tweeted that ‘If Henderson got in; any Englishman not currently in the squad has to feel aggrieved.’ In response, Henderson said that the jibes have ‘made me more of a man’.

BALOTELLI WATCH: Mario Balotelli, never one far from the headlines, was spotted during the week with a ‘mystery brunette’ in a cafe in Krakow. The Mirror giggled that Super Mario is ‘more likely to score off the pitch than on it’.

REASONS TO WATCH: It’s Friday night, there’s no NBA on the next day, and Ukraine has the potential for a shock win over the French.

REASONS NOT TO WATCH: The Bachelor is on GO at 2am, as is IFISH on One. Or perhaps after a week of watching late-night football, the body is slowing beginning to implode.

TONIGHT: England plays Sweden in the second round of Group D matches. England has met Sweden at major tournaments on a number of occasions, most recently at the 2006 and 2002 FIFA World Cups. Both matches have ended in draws, and without the firepower of Wayne Rooney, this match is poised to finish again with honours even. Sweden midfielder Anders Svensson said that England’s ‘arrogance’ was to blame for these past results. He continued to say that Sweden are ‘on the same level as England and have been for a long time’.

Former England Captain and current BBC pundit Alan Shearer singled out Zlatan Ibrahimovic – who scored against Ukraine – as Sweden’s main threat. ‘Stop Zlatan, and you’ll stop Sweden’, Shearer said. While the Swedish have the talismanic Ibrahimovic up front, England are still without the suspended Rooney, who is set to return against Ukraine. Manager Roy Hodgson admitted that his side was ’less potent’ without the ‘world class’ Rooney, and while Ashley Young and Danny Welbeck looked dangerous for small periods of time against France, they might just not be enough to get a win over Sweden. A draw is on the cards here (1-1).

Tonight’s other match sees Ukraine entertain the French. Both sides impressed in their opening encounters, yet the French should carry a higher expectation tonight. While France has been unbeaten internationally for 22 games, they are still yet to win a match in a tournament since the 2006 World Cup. A loss for the French could see them crashing out of a third successive tournament, while a win would see Ukraine qualify for the Quarter Finals. Ukraine is riding a surging wave of national euphoria and support at the moment – following their victory of Sweden – and should have enough to beat the French, (2-1).