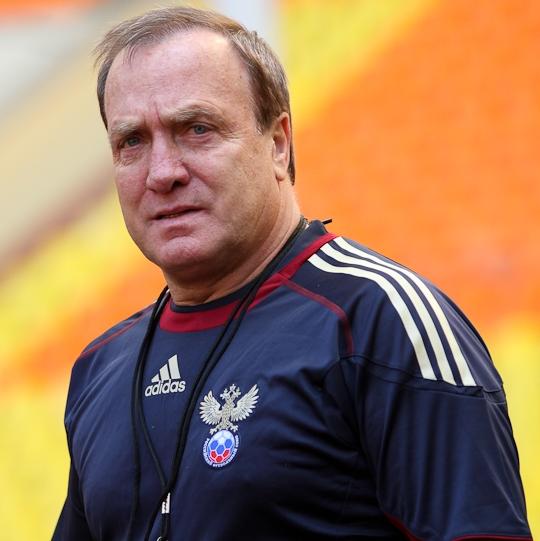 While Group A may have appeared as one of the ‘easier’ groups to the outsider before the tournament, the results have shown it to be just as tough as the others. While Group B and C have the powerhouses of Spain, Italy, Germany and the Netherlands, progression through Group A looks as difficult as any other group.

Mathematically, any side can still qualify for the Quarter Finals. Russia sit atop the group with four points, the Czech Republic are second with three, co-hosts Poland third with two, and 2004 Champions Greece sit in fourth place, with one point.
While the Russians are in the safest position, a heavy loss to Greece and a win for the Czechs over Poland would see them eliminated from the tournament. A win for Poland would see them progress to the Quarter Finals for the first time.

While Russia has performed on the pitch, its fans have caused trouble off the pitch on a number of occasions. The most recent came before the Poland – Russia match, where sets of both fans clashed in the streets of Warsaw last week.
Around 5000 Russian fans were celebrating their national day that observes the end of the Soviet Union, which lead to a number of clashes with the local Polish fans. The march was hypothetically likened to ‘England fans marching through a German city to celebrate D-Day’.

Following its 1-1 draw with Russia, Poland manager Franciszek Smuda was confident that his side could do enough to progress to the Quarter Finals. ‘Our team can see that we have a chance of reaching the knockout stage and we will do everything we can to use that chance’ Smuda said.

Russia’s manager Dick Advocaat is under pressure to ensure his talented side reaches the next round. Adovcaat’s objectives were made very clear by Russian Football Union president Sergey Fursenko, who said: ‘We duly expect our team to add another glorious part to the chronicle of victories of Russian football.’

Advocaat stated that his side have played the best football at EURO 2012, and a win over Greece may well add fuel to this train of thought.

MUST-SEE: Lego re-creations of goals and classic football moments became renowned during the 2010 FIFA World Cup.
18 year old animator Graham Love produced a two-minute video with slow-motion camera techniques to capture some of the most memorable moments of past EURO tournaments:

EYEBROW-RAISER: Danish striker Nicklad Bendtner has enjoyed EURO 2012 thus far, netting a brace against Portugal. Yet his celebration after bagging a second in Denmark’s 3-2 loss to Portugal has landed him in hot water. Bendtner dropped his shorts to display his underwear, which was branded with Irish Bookmaker ‘Paddy Power’, who sponsor the striker.
In doing so, UEFA stated that they will be taking disciplinary action for improper conduct.

BALOTELLI WATCH: After two less-than-impressive starts for Italy, it appears that Balotelli will be dropped for his sides’ third and deciding group match against Ireland. Balotelli is yet to score at EURO 2012, and has been replaced twice by Udinese forward Antonio Di Natale.

Balotelli either didn’t see or ignored the banana that was thrown onto the pitch from the crowd during Italy’s 1-1 draw with Croatia, but if he had of reacted; surely his response would have been reminiscent to a certain Eric Cantona …

REASONS TO WATCH: This is the deciding night for Group A, and technically any side can progress. Also, Alan Dzagoev is more than capable of scoring wonder goals. Or pulling amusing looks.

REASONS NOT TO WATCH: The scathing look from your coach when you arrive in Brunswick – still half-asleep – for a 1pm kick-off on Sunday afternoon…

TONIGHT: In the immortal words of Bill Lawry, ‘it’s all happening here’ – in Warsaw and Wroclaw. Group A is wide open, and the Quarter Finals spots are up for grabs. First up is Russia versus Greece. The Russians go into the match as favourites, yet Greece is never a side to quickly write off. Russia’s attacking combination of Arshavin, Dzagoev and Kerzhakov are one of the tournament’s most lethal goal-scoring threats, especially with Arshavin’s return to form, after a poor 2011/12 season of club football.

Conversely, Greece remains a defensively solid side. Yet the Greeks have the capacity to momentarily switch off, as exploited by the Czechs, who scored two goals within six minutes via Petr Jiráček and Václav Pilař to earn a valuable win.

Greece is capable of snatching a narrow victory over the Russians, but that kind of fairytale ending to Group A is unlikely. Advocaat’s men should get the job done, and progress to the Quarter Finals. (Russia 2 – Greece 1).

Tonight’s other match sees Poland host the Czech Republic. While only a point separates both sides, a draw should be enough to send the Czechs through to the Quarter Finals, providing the Greeks fail to defeat Russia by a large margin.
The Czechs bounced back from their opening-day 4-1 defeat to Russia, and rescued their campaign with a 2-1 win over Greece. Yet the win was not entirely convincing, and the Czech Republic will need to step its football up a level if they are to progess.

Poland on the other hand played well to stifle Russia in its second game, and is gaining momentum for a push to the Quarter Finals. With their fantastic home support, Poland should be able to beat the Czechs, but only just (1-0).