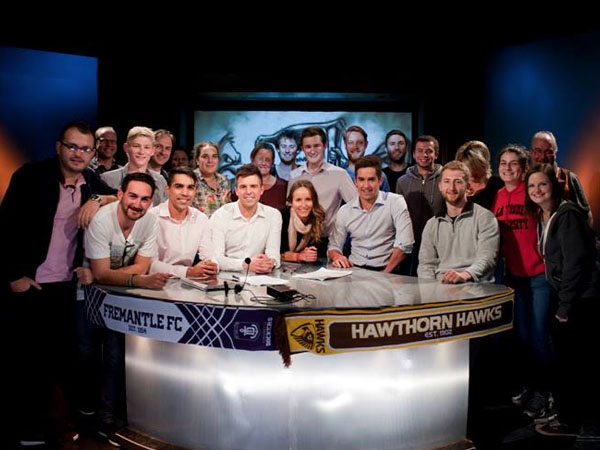 The team of 20 students produced and presented the program from the professional television studios at La Trobe University, which was streamed on the upstart homepage from 1.30pm on Grand Final day.

“It was a polished production from those carrying out on-screen positions to those co-ordinating production in the background,” says Dr Christopher Scanlon, the production and managing editor of upstart. 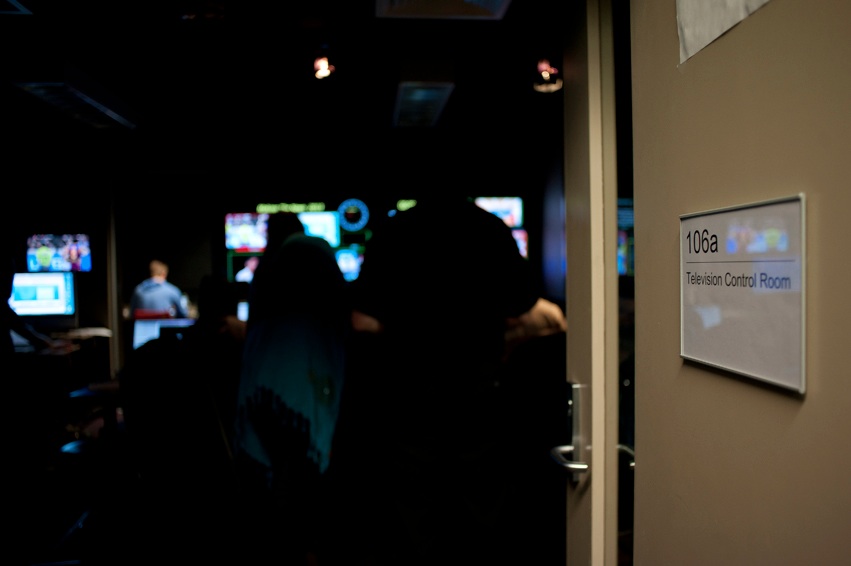 The coverage began with a detailed discussion of the 2013 season, including the controversial Essendon supplement saga and an eye to the future as well, with a look at what’s expected in 2014.

We also got to hear from ABC sports broadcaster Gerard Whateley. You can watch the extended version of the interview here.

enjoying the pre-match discussion on @upstartmagazine which is covering its first #AFLGF – Go Hawks!

very proud of the @upstartmagazine team from @latrobe – they’ve got their own #AFLGF coverage online today: http://t.co/hRa8t87poe

During the game, the team had some time off to enjoy the footy, but were back on during each break analysing the game as the Hawks charged through to be crowned the 2013 premiers.

We also crossed live to La Trobe University journalism graduate and media manager of the Eastern Football League, Ben Waterworth, who was at the MCG.

“It was a sensational experience for our students,” says journalism lecturer and upstart executive editor Erdem Koç.

“The fact that they produced and presented a live television program in real time, under real pressure, and were able to pull it off near-flawlessly really shows the quality of the practice-based teaching approach we adopt at La Trobe.”