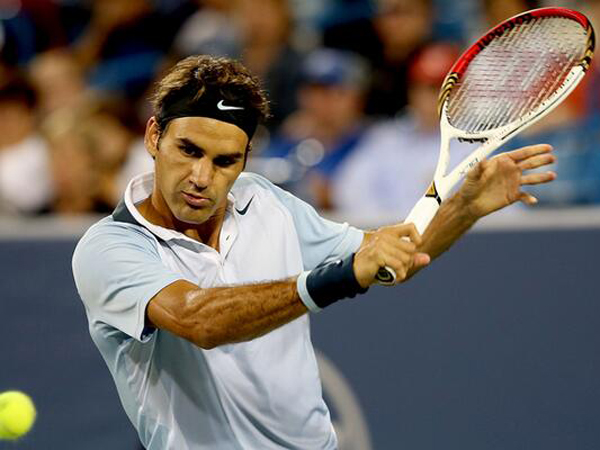 As lead up tournaments conclude and practice sessions near their completion, the world’s top players are preparing to descend upon New York to compete in the final Grand Slam of the year.

The US Open title will see an enormous injection of over $US10 million to the prize money with both the men’s and women’s singles champions receiving a generous $US2.6 million each.

Defending champions Andy Murray and Serena Williams are both going into the tournament intent on emulating their impressive efforts from last year. Murray and Williams have each tasted Grand Slam success in 2013, claiming the Wimbledon and Roland Garros titles respectively.

Some big names will be absent from the US Open, including current women’s Wimbledon champion Marion Bartoli, who shocked the tennis world, announcing her retirement six weeks after her maiden Grand Slam title. Maria Sharapova, the world number three, has pulled out due to injury and on the men’s side Mardy Fish will not be at his home Grand Slam.

However, there are a host of other contenders ready for the chance to prove themselves and take home the title.

World number one Novak Djokovic will be desperate to make a statement following his shock quarter-final exit at the Cincinnati Masters last week. The Serbian superstar has lost in the lead up Masters tournaments to John Isner and Rafael Nadal and is showing signs of uncharacteristic tension.

Djokovic will be buoyed by the hard courts of New York, just as he was in January when he took out the Australian Open for the fourth time. This surface is likely to bring the best out of Djokovic, as he aims to reclaim the title he won in 2011.

Andy Murray carried the hopes of Great Britain on his shoulders during last month’s Wimbledon championships, and managed the pressure brilliantly. He will now have to cope with a different type of pressure as the defending champion.

With Ivan Lendl in his corner, the Scotsman has elevated his standing in the game and developed a sound game plan. Unfortunately old habits and negative outbursts can affect his mindset, which consequently result in poor decision making.

However, the positive memories from last year could well and truly see Murray go all the way again.

Current world number three Rafael Nadal is undoubtedly the most in form player coming into the US Open. The Spaniard has had a super season on hard court surfaces and hasn’t lost his trademark athleticism, that was absent from this year’s Wimbledon championships.

Having recently forgone knee strapping, Nadal will go into the US Open full of confidence gained from the lead up tournaments having won at both Montreal and Cincinnati.

Players on his side of the draw must be willing to go the distance, as Nadal is looking extremely dangerous and hungry for more Grand Slam success.

David Ferrer has not had an ideal warm up. The world number four has faltered at both the Montreal and Cincinnati Masters tournaments losing to world number 70 Alex Bogomolov Jr and world number 44 Dmitry Tursunov, respectively.

A semi-finalist last year, Ferrer’s game style of grinding out every point from start to finish enables him to negate his opponents. At 31, the Spaniard does not look like slowing down but may just have missed his opportunity to snare an elusive Grand Slam title.

Five time US Open champion, and former world number one, Roger Federer is currently ranked at number five in the world. The Swiss Maestro is showing obvious signs of decline since his dramatic second round loss at Wimbledon. Struggling to find his top gear at the last few major tournaments, Federer has needed to play some extra events in order to gain additional ranking points.

Unfortunately, it has taken its toll on the 17 time Grand Slam champion. Struggling with confidence and injury, Federer may not challenge for the title this year but if there is one player you can never count out, it’s Roger Federer.

The group of big servers and even bigger hitters have been tapping at the heels of Djokovic, Murray, Nadal and Federer recently. Tomas Berdych has a very effective game which was good enough to take out Murray in Cincinnati.

Milos Raonic has reached a career high ranking of number 10 and was a finalist in Montreal, going down to Nadal. The 2009 champion Juan Martin Del Potro is in great form of late, winning in Washington DC and making the semi-finals of Cincinnati.

The women’s side looks increasingly intriguing with a number of women finding form at the right time. World number one Serena Williams is coming in with an impressive win in Montreal and a final appearance in Cincinnati. With the ability to wipe her opponents off the court, she will be posing the biggest threat at the US Open.

It is highly probable that Williams will be adding to her trophy cabinet and her bank account with a win at her home Grand Slam.

Victoria Azarenka has clearly overcome her unfortunate injury suffered during an injury plagued Wimbledon last month. The world number two, and last year’s finalist, defeated Serena Williams in the final in Cincinnati and will be hoping to continue that form going into Flushing Meadows.

Agnieszka Radwanska has a tactically sound game plan. The world number four’s innate ability to change pace during rallies is very effective. Unfortunately the strength of her opponents can really trouble her, as Radwanska doesn’t have the weapons to combat a physically imposing player.

The likes of Williams, Azarenka, Sharapova and even Sam Stosur can take advantage of her, but Radwanska’s tennis nous can easily carry her to the pointy end of the tournament.

Numerous players can easily stake a claim for the US Open title, meaning it will be a fantastic display of strength, finesse, athleticism and desire.

On the men’s side it looks as if Rafael Nadal is ready to charge and take out the title purely based on current form.

Serena Williams looks like the overwhelming favourite to power her way to a fifth US Open title.

Sean Munaweera is a second year Bachelor of Journalism (Sport) student at La Trobe University.  Follow him on Twitter: @sean_muna