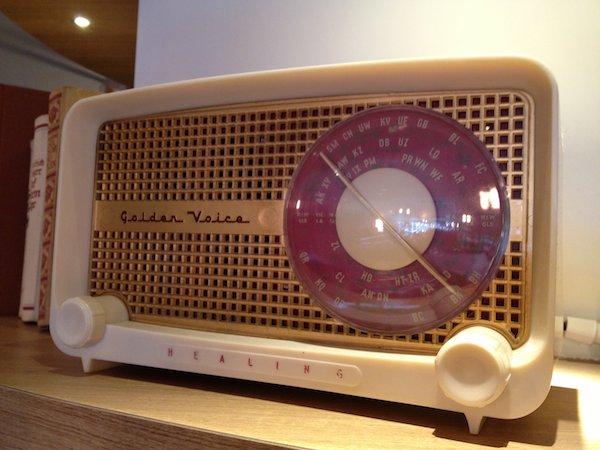 After a week like the one just gone, guilt must be assigned to someone.

And so for those of you wondering just whose fault the death of Jacintha Saldanha’s is, allow me to help you make up your mind.

Let’s start with the obvious culprits: the radio DJs. It was Mel Greig and Michael Christian who made the prank call to the London hospital where the Duchess of Cambridge was being treated. The argument is simple: they made the call, she later took her own life, and so they’re to blame.  But many observers, like Media Watch host Jonathan Holmes, has argued that it’s unfair to blame the young presenters for what happened.  Try convincing the Twitterverse of that.

As part of Monday’s attempt at damage control, the two presenters gave two separate and clearly distressing interviews to A Current Affair and Today Tonight, breaking their silence. They had scheduled to also speak to The Project, but in the end, they were too traumatised to go through another interview. Understandable.  Logic would have dictated for them to call a one-off press conference and get it over and done with, but logic has been a rare commodity this week.

It’s of course beyond reason to argue that they – or anyone for that matter – could have reasonably foreseen the tragic outcome of their prank.  There have been calls for the practice of commercial radio prank calls to be scrutinised, but the actual issue in this case is whether the consent of the nurses were obtained prior to the airing of the broadcast.

While the two claimed they were not aware of the approval process for prank calls, a 2DayFM insider told The Age that that’s not possible. Because at the end of the day, says this insider, they’re broadcast professionals, and undergo ‘decency and standards’ training every six months.  And so observations that the radio pair are presenters, not journalists, and therefore are not held to the same standards doesn’t quite stack up either.

The next culprit is the management at Austereo, the parent company of 2DayFM, who have been compared to the ‘faceless men’ of the ALP. The accusations have been that at some point in the chain-of-command, the airing of the broadcast prank should have been disallowed because the consent of the nurses had never been obtained.  Simple, right?  Austereo says it attempted to contact the hospital five times after the prank – something that the hospital adamantly denies.

The rule that applies here is: no consent, no broadcast. But as a journalist friend of mine put it, if he was an Austereo executive, he too would have aired the prank even though he would have been aware that consent had not been given. The reason being that it was a ‘good get’. A notion many in the media would not be unfamiliar with.

Next is the governmental body that oversees media regulation in Australia: ACMA. The Authority has now used its discretionary powers to launch an inquiry to investigate whether staff at 2DayFM breached their broadcasting licence conditions and the Commercial Radio Codes of Practice.  But according to journalism academic Alex Wake from RMIT University, ACMA is also to blame for the hoax fallout. Because, she says, if ACMA had taken a harder line with previous controversies, such as its decision to send broadcaster Alan Jones to ‘fact training’ and strengthened its slap-on-the-wrist to Kyle Sandilands for the infamous ‘lie detector’ segment, which revealed a teenage rape victim live on air, then this could have been prevented. So shame on you, ACMA.

Then, of course, there’s the hospital where Jacintha Saldanha worked.  Many, including Austereo management, have pointed the finger to the institution.  Was Ms Saldanha suffering from depression, and the hospital did nothing about it? Did hospital management take action against her after the prank call?  The hospital says both nurses involved were told they weren’t to blame and then were given full support. Of course it says that now, but did they really play no part in all of this?

And what about the British press?  At first they had reported the prank call, saying it was a breach of Kate Middleton’s privacy. Then of course, full analyses were made of the call, including questions of how this was allowed to happen. An editorial in The Australian argues that the press amplified every angle, kept the hospital in sights, labeled it an ‘astonishing breach’ of royal security, that hospital management were ‘horrified’ and the palace staff were ‘furious’. It’s easy to conclude that the media did its fair share of damage.

And what about social media? You know, like, Twitter. The radio hosts were forced to shut down their Twitter accounts after all the new form of hate mail they received following the news of Ms Saldanha’s death. Surely we can also blame those who gave us the power to express our superficial and mundane views in 140 characters to the rest of the world? 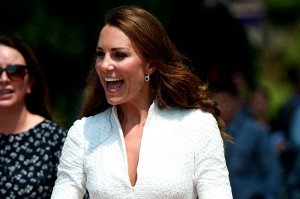 Then there’s the actual person who prompted the prank: the Duchess of Cambridge herself. British singer Morrissey has lashed out at the new princess, saying she was in hospital ‘for absolutely no reason’ and that ‘she feels no shame about the death of this woman… The arrogance of the British royals is absolutely staggering’.  The same royals of course, who initially refused to fly the flags above their palace at half-mast after the death of Diana.  But did the Palace play any role in this matter? They were after all, according to the British press, ‘furious’. Did they make contact with Ms Saldanha in any way?

Or perhaps Ms Saldanha can be blamed for her own death and we can move on from the story. She must have had other things going on in her life, surely? It couldn’t have been a ‘simple’ prank that lead her to her death, right?

And then there’s the rest of us. The celebrity-news hungry, tabloid-driven, apathetic, and ignorant members of society, who allow these matters to take place because of our complete inability to be the intellectual beings we were created to be.

There you go. Now you know who to blame.

One of the most accurate things I’ve read on this matter is this point made by Sarah Ivens.

So what are we left with? We’re left with a sad, dark tarnish on lovely news that should have only been coated with joy, excitement and anticipation. We’re left with a universal feeling of shame for finding amusement in a silly news story that has left two children motherless. And we’re left with a couple of careers needlessly in ruins.

There’s nothing positive to come out of this mess. Everyone’s to blame, and yet there’s no one to blame.

Matters relating to suicide are complex and cannot be attributed to just one reason – especially not in this context.  Not yet, anyway. It’s about time we understood that.

Because the alternative is to keep playing the blame game.

And look where that’s got us.

For help call Lifeline on 131 114, or visit beyondblue.org.au

Erdem Koç is a lecturer in journalism at La Trobe Univeristy.  You can follow him on Twitter: @erdemkoc