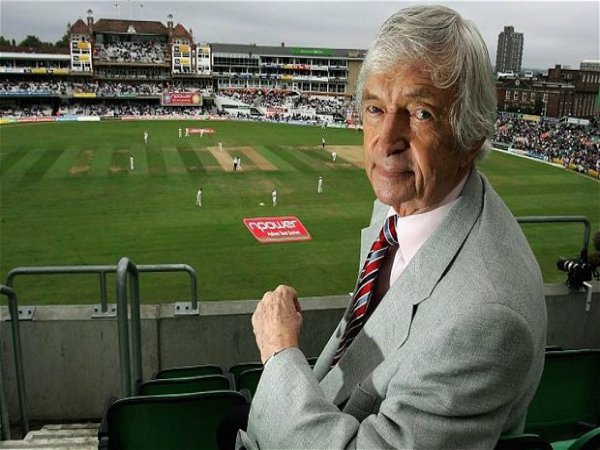 The news that all cricket fans worldwide have been dreading filtered through today. Richie Benaud has passed away at the age of 84.

Benaud’s frail health had been a cause for concern ever since he crashed his car into a wall in October 2013, and his absence from the commentary box during that summer’s Ashes series was palpable.

Just as it looked as though Benaud was on the mend, skin cancer laid him low. It was to this disease that he ultimately succumbed, passing away in his sleep.

To most cricket fans Benaud’s legacy will be as cricket’s premier broadcaster. A calm, classy and erudite presence in the commentary box, Benaud covered cricket on television in both hemispheres for nearly 50 years.

And while that body of work alone would be enough to earn Benaud cricketing immortality, it overlooks a career that elevates him from mere legend to one of the most important figures in the sport’s history.

Benaud started his career in the early 1950s as a profligate leg-spinner and big hitter of the ball – sort of a proto-Steve Smith. Unlike Smith, however, Benaud’s bowling was his primary skill. He became Australia’s first choice slow bowler, mastering the mystical art of leg-spin.

Benaud’s prime weapons were bounce, unerring accuracy, subtle variations and a canny tactical read of the game. He also had a bag of tricks to call upon, with googlies, topspinners and flippers in his arsenal.

Benaud ascended to the captaincy of the Australian team in 1958, and presided over the much heralded 1960/61 home series against the West Indies that defined his captaincy and ideology as a player.

Both Benaud and his opposite number, Frank Worrell, resolved to play in as attacking a manner as possible. The result was a 2-1 win series to Australia, with the first Test famously tied while both teams threw everything they had at winning the match. The series was played in good spirits and caught the attention of the public, with a ticker-tape parade arranged through the streets of Melbourne after the Tests.

Perhaps his greatest personal achievement came in the 1961 Ashes Test at Old Trafford. With England 1/150 chasing 256, Benaud sensed the only way out of trouble was all-out attack. He took the ball, came around the wicket–a tactic almost unheard of at the time–aimed at the rough outside leg stump and spun Australia to a famous victory, sparking a collapse of 9/51 on his way to 6/70 for the innings.

Benaud ended his career as Australia’s leading wicket taker in Tests (when Dennis Lillee broke the record in 1981, he waved to Benaud in the commentary box), and as the first Test player to take more than 200 wickets and score 2,000 runs.

The leg spinner assiduously planned for his retirement during his playing days, undergoing journalism training at the BBC after the 1956 Ashes series – he even worked rounds in Australia and England. As such, a transition to covering cricket was natural.

Benaud took a journalist’s approach to covering the game. He employed no hyperbole in describing the action, nor did he discuss anecdotes from his playing days. It would be possible to have followed his entire broadcasting career without ever knowing that Benaud was a former captain of Australia.

Benaud understood more than any other broadcaster the inherent rhythms of cricket; when to allow the pictures to speak for themselves, and when to provide his valuable insight. He was the master of complementing the big picture, talking around the action rather than over it. When called upon, his gift for wry asides and pithy one-liners made his commentary legendary.

It was this sense of gravitas that led to Benaud’s crucial role in cricket’s epochal shift – Kerry Packer’s World Series Cricket revolution. International cricketers had been earning a relative pittance for playing, and Packer had enticed the players to the breakaway competition with the promise of a fair pay day.

With the players onside, Packer had what he thought was an excellent product to sell from his platform at Channel Nine, but what he needed to add the polish was a sense of legitimacy to win over a skeptical cricket public. While Packer fought the cricket big wigs for control of the game, he quietly recruited a man beloved of the establishment – Benaud, whose aura of professionalism and respectability added an element of credibility to Packer’s project.

According to Benaud, the ideology behind World Series Cricket “ran alongside my ideas about Australian cricketers currently being paid far too little and having virtually no input into the game in Australia” and he jumped at the chance to be involved.

All of the frightening new developments introduced–coloured clothing, cricket at night, a white ball–were okay because there was Richie telling us it was okay. Richie knew a winner – how could we lose?

The association with Channel Nine burst a hole in the dam wall for cricket, and the sport ascended to dizzy new heights of popularity, taking Benaud’s own profile with it.

His broadcasting legacy spans generations. There’s no living English speaking cricket fan who doesn’t have an affectionate impersonation of Benaud’s idiosyncratic style: “Marvellous!” and “Chew for chew chew chew” are comments heard all across the world.

To a man, the entire crowd, and even the players, united in standing ovation.

The touching display of egalitarian adulation was proof that not only did Richie Benaud love the game of cricket, it loved him back.

With his loss, cricket is certainly poorer; however, his decades of tireless service have enriched the sport significantly, and left a legacy that will forever be tangible.

Rudi Edsall is a second-year Bachelor of Journalism (Sport) student studying at La Trobe University. You can follow him on Twitter: @RudiEdsall.