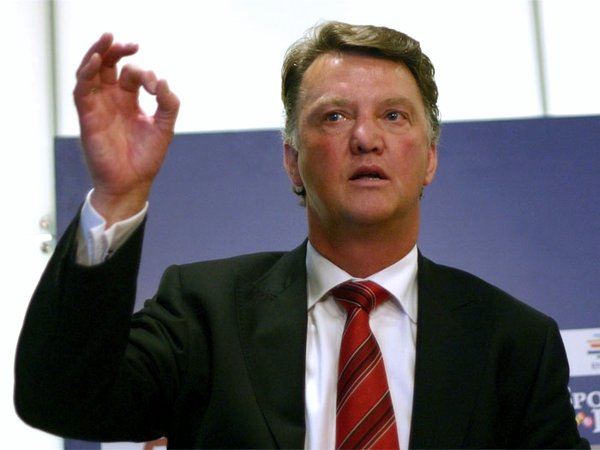 Manchester United is a club that is used to breaking records, but Dutch manager Louis van Gaal broke unenviable new ground in his first competitive game at the helm.

The Red Devils have won the most Premier League titles (20) and FA Cup’s (11) of any British club but United was left red-faced over the weekend going down to Swansea 2-1 at Old Trafford; the famous club’s first opening day loss at home since 1972.

It was a disappointing start for van Gaal after he signed a three-year contract with United on May 19 this year. Beforehand he had been widely tipped as the natural successor to much-maligned Scottish manager David Moyes.

However, before he was able to sink his teeth into the club’s preparations for the 2014-15 season, he was responsible for the management of the Netherlands at the World Cup in Brazil.

The World Cup finished in mid-July and van Gaal has only had a month to find his feet at Old Trafford.

Still making strategical and personnel changes, van Gaal will need time to get comfortable in England’s top flight, but he remains the best person for the job.

The weight of expectation is not the same as it was a year before when Moyes began his campaign and Herald Sun journalist Matt Windley thinks van Gaal is in an ideal situation for a new EPL coach.

Speaking to upstart, Windley said that van Gaal is perfectly positioned to bring success back to Old Trafford.

“There is so much less pressure now and van Gaal is going to be seen as the messiah,” he says.

“He does have a lot of striking similarities to Ferguson so I think people have resonated with that. He’s a bit more experienced, so maybe he’s going to bring a bit more composure to the club,” says Windley.

Coming off the back of the World Cup where he managed the Netherlands to a third-placed finish, many wouldn’t have expected van Gaal to have been extremely active during the off-season transfer window.

However, given the state of the club after Moyes’ sacking, he rushed to improve his squad before the start of the season.

He brought in former Southampton left-back Luke Shaw to cover for the departure of Patrice Evra as well as former Athletic Bilbao midfielder Ander Herrera.

Welcome to the Theatre of Dreams, @AnderHerrera8. It suits you! #mufc pic.twitter.com/dFlcYDsr4A — Manchester United (@ManUtd) June 26, 2014

But Windley thinks that van Gaal still has a lot to do to bring respectability back to a less-than-desirable squad.

“But clearly… with [Nemanja] Vidic and [Rio] Ferdinand leaving, they clearly need to get at least one, if not two or three, central defenders to really solidify the back four.”

Van Gaal has only had control since May and the majority of his term has been interrupted by the World Cup, so he can be forgiven for seemingly looking disorganised throughout the pre-season.

Given United’s poor finish in the EPL last year – finishing seventh and failing to qualify for the UEFA Champions League or Europa League – it is the first time in 25 years that they will not participate in any European competition.

But what could be considered a serious blight on Manchester United’s consummate reputation, may instead be a blessing in disguise.

United’s non-participation in Europe means that van Gaal can focus solely on the Premier League, FA Cup and League Cup without the distraction of the Champions and Europa League.

As the Red Devils’ biggest rivals, Liverpool, Arsenal and Manchester City suit up for their Champions League fixtures, Wayne Rooney, Juan Mata and co. will be resting up for their next EPL game.

Coming into the latter part of this season, United players will be able to run out games that many of their rivals cannot.

Liverpool was in a similar situation last year and came within one game of snatching the domestic title.

“We saw last year with Liverpool how they didn’t have a very deep squad, but because they weren’t playing in Europe they were able to focus all their attention on the Premier League,” says Windley.

But Windley doesn’t think they will return to the top this year.

“I don’t think they will win the title this year but I do think they will have a serious crack at getting that third or fourth spot which will get them back into Europe and then back on the upward slide,” he says.

While the loss at the weekend was not the ideal start to the new season, van Gaal certainly has the experience and know-how to bring Manchester United back into relevance this season.

Tom Parker is a third-year Bachelor of Sport Journalism student at La Trobe University and staff writer for upstart. You can follow him on Twitter: @parker0_1