Topics debated in Youth Parliament reveal the issues most important to Young Victorians. 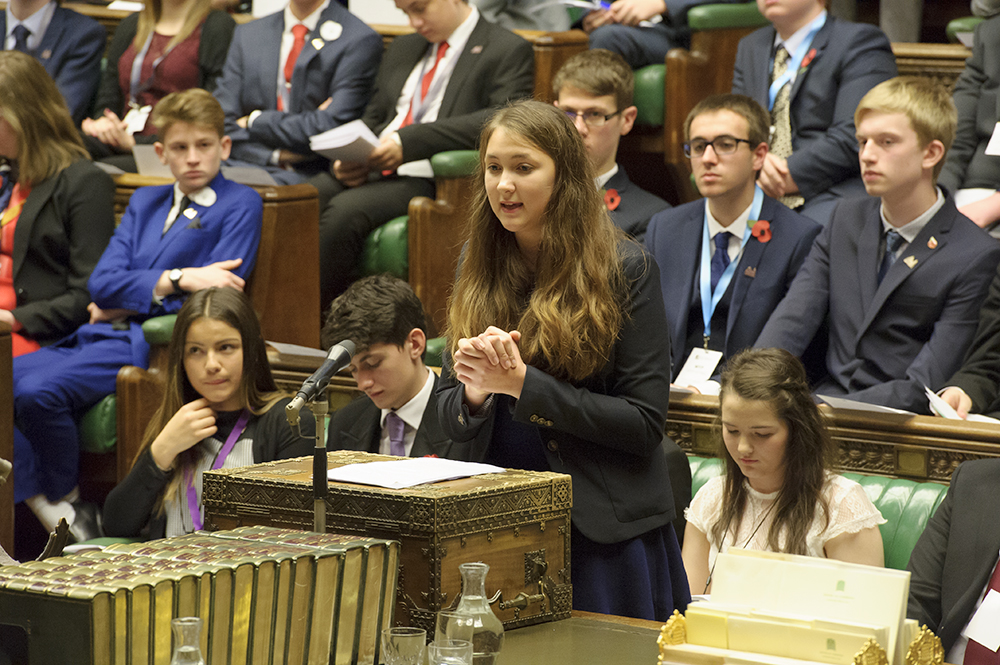 Have you ever wondered what parliament could look like in the hands of young people? Where respect for others is paramount and diversity is more than just an empty promise? That is what the 35th annual Victoria Youth Parliament modelled.

Over 100 young people aged 16-25 gathered online in September for the Victoria Youth Parliament. Divided into upper and lower house chambers, the youths debated and voted on bills they’d created themselves.

Bill topics ranged from compulsory training for police on sensitive issues, controlled areas for recreational hooning and mandatory Auslan education in schools. The Youth Parliamentarians also debated a Matter of Public Importance – one topic they all decided must be raised – that Victoria should commit to net zero carbon emissions by 2030. This passed with overwhelming support.

The program was overseen by YMCA Victoria with MPs from Victorian Parliament chairing the debates. Youth Parliament program director, Kergen Angel, tells upstart the program elevates the voices of young people to the highest level of decision-making.

“We empower young people in teams of six to craft a bill—a proposed piece of legislation—that they debate in Youth Parliament for a week, and then pass onto the Victorian Government for consideration,” he says.

The 18 bills passed in the Victoria Youth Parliament were received by Victorian Youth Minister Ros Spence at the closing ceremony. Twenty-year-old Michael Killen is ecstatic his team’s Sustainable Agriculture Incentives Bill was one of them. He says the virtual debate showed how passionate young people are about sustainability.

“So many other members of the chamber spoke up for our bill,” he says.

“It’s very gratifying to see so many people become more aware and involved with agricultural sustainability as an issue.”

In addition to having their ideas presented to a government minister, young participants say the program allowed them to make friends and learn new skills. Gunai-Monaro woman, Chloe Baulch, who is also 20-years-old is full of praise for the program.

“This has been the best experience ever,” she says.

“We got to learn how to debate, give it a go, and have our voices and opinions heard.”

Baulch and her team presented a bill to mandate Reconciliation Action Plans (a formal statement of commitment to First Nations reconciliation and accompanying actions) in primary and secondary schools.

Tabling a bill in Victoria Youth Parliament isn’t just symbolic – over 35 bills have gone on to become actual state legislation; from mandatory bike helmets, to the ‘morning-after’ pill being purchased over the counter rather than needing a GP script and plastic glasses being mandatory at night clubs.

People who tuned into the Victoria Youth Parliament live-stream may have noticed some differences between this and the actual state and federal Parliaments. For example, most Youth Parliamentarians listed their pronouns next to their names on the Zoom display. They introduced sensitive topics with a content warning and expressed compassion for anyone who might find it difficult to hear a speech that referred to topics such as sexual harassment or suicide. Auslan interpreters were also present for all events. Debates, while passionate, were respectful – possibly due to a lack of party politics: young people were grouped by geographic location rather than political party.

There were also differences in terms of diversity. The youth parliamentarians elected 20-year-old woman of colour Shehelah Ousman as Youth Premier – no person of colour has ever been elected state premier in Australia. The Victoria Youth Parliament was gender-balanced, included a team of deaf people and had an equal balance of participants from public and private schools. To contrast this, people with a private school education are disproportionately represented in parliaments across Australia, and unlike the gender-balanced Victoria Youth Parliament, only one third of Australian MPs are female.

With many Australians calling for more diversity in politics, there is hope the Victoria Youth Parliament is foreshadowing both a change in the makeup of Australian Parliaments and setting the tone for bills that could one day become law.

Photo: UK Youth Parliament 2015 by Jessica Taylor is available HERE and is used under a creative commons licence.

Article: Simone Costa is a third-year Media and Communication (public relations) student at La Trobe University. You can follow her on Twitter @SimoneCosta878