As we head into the NAB AFL draft this week, Victorian players are wondering what the cost of two partially lost seasons have been on their prospects. 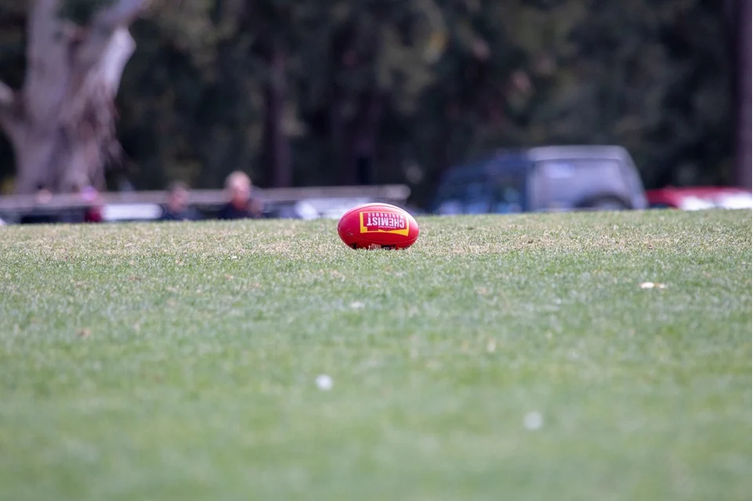 This week the nervous wait will be over for Victoria’s top junior football prospects. After two seasons of virtually no games, they will finally learn their fate at this week’s NAB AFL draft.

While interstate competitions have largely gone uninterrupted throughout the pandemic, Victorian players have been forced to spend the majority of their Saturdays and Sundays locked down in their homes, and left to their own devices to prepare for the draft –with only one training partner legally allowed.

So, what affect will having rarely played since the pandemic began have on the 2021 Victorian draft class? After no matches in 2020 and only a sporadic handful this year, many are worried that this lack of game time will mean recruiters select more interstate players than usual and disregard the Victorian talent that hasn’t been on display.

One of the most crucial Victorian competitions halted due to ongoing lockdowns was the NAB League Boys, the state’s top-level underage football competition. With 10 teams from different regions across the state, the NAB League has historically generated over half the AFL draftees each year. And in the 2019 NAB AFL Draft, 55 percent class were Victorian players.

But there have already been indications that Victoria’s lack of football doesn’t bode well for its draft prospects. The 2020 figure dropped to 51 percent, and there are suggestions that it could fall even further this year on the back of an extremely shortened season.

One player who was fortunate enough to be recognised last year was Gippsland Power midfielder Ryan Angwin. The now-GWS Giant spent the majority of 2020 alone at his local football ground in Foster, improving his fitness and skills in the hope that NAB League matches would be possible at some point.

“I just woke up daily with a mentality that it was another chance to get better,” he tells upstart.

Despite his desire to make it onto an AFL list fuelling him throughout the year, the 18-year-old recognises the mental toll lockdowns took.

“It was definitely up and down throughout the year and there were days you don’t want to get out of bed,” he says.

But whether games were played or not, Angwin knew there would still be an opportunity to get recruited by the end of the year. Even while he was balancing his studies with football training, the teenager was determined not to use the pandemic as an excuse.

“I’d finish my work by 12pm and then really after that I’d just go down to the footy oval and train or use the gym in my back shed,” he says.

His hard work during lockdown culminated in being selected with pick 18 in the 2020 draft, but the former Power ball magnet attributes his draft success to his first season.

“Lucky enough, I think I played well enough in my bottom age year,” he says.

This is a luxury that Greater Western Victoria Rebels player Jamieson Ballantyne hasn’t had. As a bottom-age player last year on the Rebels list, and now as a top-age player in 2021, the midfielder has had both of his seasons inhibited by the pandemic. Ballantyne, who hails from Portland in Victoria’s south-west, envies his interstate peers who have had largely uninterrupted seasons.

“I was looking at the South Australia and the WA game…and I was thinking how good it would be for us to be playing games,” Ballantyne says.

It’s a harsh reality that worries many Victorian prospects. In South Australia over the past two years, draft hopefuls have had the chance to play 38 matches. Yet, for a Victorian like Ballantyne, it’s just 10. The 18-year-old says it’s been frustrating this year more than last, not only because he’s been restricted from playing the game he loves, but because he recognised the added importance this season held for him.

“Longer ones [lockdowns] are a bit more challenging because you don’t get that match fitness you get on the weekends,” he says.

Thankfully  the NAB League star has been able to lean on the shoulder of a past teammate, who knows all too well how lockdowns can thwart a top-age season. Former Rebel Harry Sharp was drafted to the Brisbane Lions last year and has been a great source of encouragement for Ballantyne.

“I’ve had a few chats with him, mainly in regard to the training he did last year,” he says.

“Obviously [Sharp had] no footy and it’s similar to us this year.”

It’s been an imperfect past two years. However, like Angwin, Ballantyne wasn’t prepared to let his AFL dream be crushed by the pandemic.

“We had a program set out to us … it was just about following that,” he says.

“I think [after] last year it’s sort of helped drive that motivation to not take things for granted.”

These kinds of lessons have been a common theme from NAB League teams. Northern Knights 2021 coach Leigh Clarke says that his club’s focus during the pandemic has been on the wellbeing of their players more than anything.

“They’re missing out on so many milestones in their life,” he says.

“Every lockdown we’ve had has become more about caring for the players, as opposed to football development.”

Whether it be online gaming tournaments with opposing teams, or zoom yoga classes, the experienced mentor says clubs have found new ways to stimulate and look after young footballers.

“What we’ve found is the players have so much online structure with their schooling, that they probably want to step away from it a little bit,” he says.

Despite all the challenges, the date of the draft was never going to change. With many of Clarke’s players having a realistic chance of being selected, the end goal for him has always been to help young footballers achieve their dream. But the Knights coach knows an incomplete season has made it harder for this possibility to become a reality.

“Our boys not playing is not helping them get drafted,” he says.

“It’s been significantly challenging for them.”

There’s no doubting that 2021 will be the toughest year to get drafted in the history of the AFL. For many, it has been a nervous lead-up to November’s draft, filled with training and high school exams, and now they are left to only hope that they’ve done enough to call themselves an AFL listed player.

Article: Riley Alexander is a first-year sports journalism student at La trobe University. You can find him on Twitter @Ralexander2002

Photo: AFL football ball by Squirrel photos available HERE and used under a Creative Commons license. The photo has not been modified.