Despite criticism from some corners, students are enjoying the support of the unions. 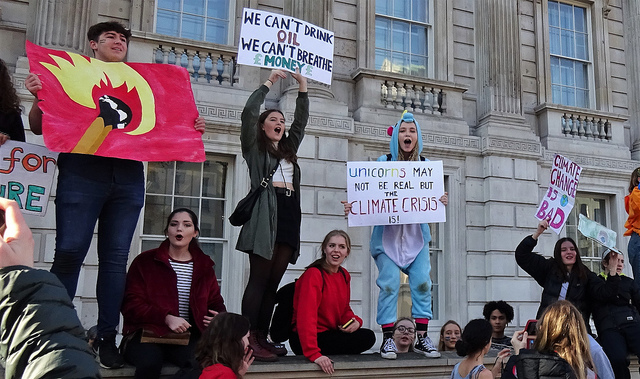 Victorian students are planning to walk out of class to participate as part of a series of national and worldwide protests against climate change this Friday.

They are urging others to join them in protesting for change, despite disapproval from the prime minister.

Scott Morrison made it clear last year in parliament that he was not happy with students voicing their opinions about climate change.

“We do not support our schools being turned into parliaments,” he said.

The National Union of Workers, who are strongly aligned to the Labor Party, have endorsed the decision of students to skip school and express their opinions.

“They are inspiring leaders, and we support them in making our political leaders listen,” the union said in a report to News.com.

Inspired by Swedish student Greta Thunberg, Australian students have followed suit, taking to the streets to publicise their feelings on climate change.

Every Friday the 16-year-old student skipped school and made her way down to parliament house to protest the need for climate change with her banner in hand.

Speaking to the Guardian newspaper Thunberg says she hopes to highlight that climate change is worsening and that her actions are just the beginning.

“No, I am not more hopeful than when I started. The emissions are increasing and that is the only thing that matters. I think that needs to be our focus. We cannot talk about anything else,” she said.

This is not the first time Australian students have protested for climate change, with students across the country last year skipping class to join a similar protest.

Students marched on several of the nation’s capitals such as last December to bring attention to the need for action against climate change.

Harriet O’Shea Carre and Milou Albrecht, 14-year-old students explained their reasons for protesting to the ABC at a protest in Bendigo last year.

“We have to sacrifice our education, which is something we really value, so we’re showing them at the moment this is even more important than our education,” O’shea Carre said.

Australia is just one of the many country’s participating in the strike with more than 40 other countries prepared to protest this Friday.