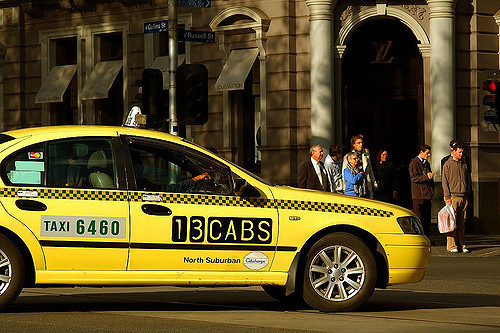 A cleaning charge of up to $120 for taxi passengers who leave a mess behind will be introduced next month, according to the Essential Services Commission.

The decision follows a fee that was introduced in New South Wales in July and will bring taxi services on par with other ride-sharing services that already charge cleaning fees.

The commission’s director of price monitoring and regulation Marcus Crudden explains that drivers are often forced off the road for hours to clean up after passengers.

“Passengers who vomit, or spill food or drink are costing providers time and money and it’s only fair for them to be compensated for that time,” he said.

The new fee will cover areas in metropolitan Melbourne as well as urban and large regional areas including the Mornington Peninsula, Geelong, Bendigo, Ballarat, Frankston and Dandenong.

Crudden also said the maximum cost of unbooked cab fares will not be hiked up following careful consideration from the commission.

“In the context of all the changes underway in the industry, and noting taxis can already lower their fares as a way of attracting more passengers, the commission decided to leave maximum fares unchanged for now,” he said.

The ESC found that Melburnians are using cabs less and less and were concerned about taxi service providers losing customers if prices were raised.

However, some drivers are not concerned about losing business.

In a submission to the ESC, 13cabs expressed they believe the maximum price for unbooked ride fares should be increased.

“13cabs reiterates its view that an increase of 7 percent [initially 13cabs submitted it should be 11 percent but the levy component has now been accounted for by the ESC] should be provided to taxi drivers to ensure they are able to earn a fair living,” they said in a statement.

“It is important to remember this is a ‘maximum fare’ and if drivers believe it is too high they are able to lower it.”

Photo: ‘I’m only seeing one’ by ‘Jes‘ available here and used under a Creative Commons Attribution.