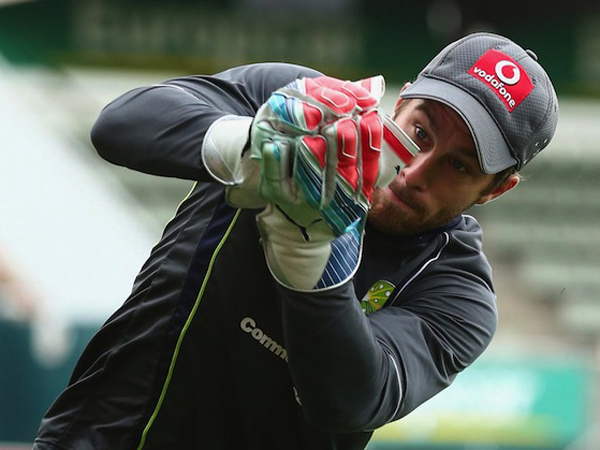 Don’t be fooled by the spin. The decision to appoint a new captain of the Victorian cricket team is far more about Cameron White, than it is about Matthew Wade.

Victoria is set to appoint a five-man leadership group blending youth with experience. Alex Keath, Glenn Maxwell, Peter Handscomb and Aaron Finch are all considered in the mix, as are David Hussey, Rob Quiney and even White himself.

At first glance Cricket Victoria’s latest move is bold and forward-thinking. But in reality, it’s only come about because of White’s indifferent form in recent years.

He’s gone from a bleached-haired bludgeoner to a timid pusher and prodder – he used to wield his willow like a carefree golfer, now he prods like a snooker player without a follow-through.

As a skipper he was shrewd and tactically proficient, but as a leg-spinner he has faded and as a specialist batsman he doesn’t possess the consistency of David Hussey or the promise of Peter Handscomb.

Yes Matthew Wade displays all the qualities of an excellent leader. Yes he’s a gritty player who personifies that Aussie battler mentality that is so patently lacking in the Australian test team, and, yes, he will do a good job as skipper.

But he’s only 25 and is likely to be Australia’s gloveman once again in six months. While handing him a leadership position is a worthwhile exercise, it’s only eventuated because of White’s longstanding form slump.

The acquisition of Daniel Christian means there are a couple of selection dilemmas heading into this summer for Andrew Lynch, and the Victorian selection panel. The decision to demote White alleviates one of them because he’s now droppable. Previously, his captaincy was worth its weight in runs.

Handscomb’s position is an intriguing one in itself. A classy batsman who learnt to keep, he will be forced to hand the gloves back to his new skipper this season and earn his spot with the blade. It may not be the worst thing for the 22-year-old, who is seen as a future test match batsman, with question marks hanging over his work behind the stumps.

The likely formation of the leadership group is debatable primarily because three of those players haven’t fully established themselves in the four-day team.

Handscomb is the most likely to get a start, but the futures of Finch and Keath are murky after indifferent performances in the longer format last season.

Finch’s predicament exemplifies the problem facing countless modern day cricketers. He is damaging against the white ball at the highest level, but exposed and inconsistent when faced with the red ball. Finch averaged 11 in the Sheffield Shield competition last season.

Keath’s future predominantly rests with his ability to bowl some tidy medium pacers.

And then there is off-spinning all-rounder Glenn Maxwell. While he’s a regular in Victoria’s four-day team, Maxwell is likely to be off with Wade and Finch from January onwards for Australia’s 50 and 20 over teams. So who skippers then?

The answer is probably White again – assuming he is in the team at that point.

When the Sheffield Shield season nears its climax in February and March, and bold captaincy decisions can make or break a game, there is a strong likelihood that Victoria’s leader will still be wet behind the ears either in playing terms or captaincy experience.

This push for youth is admirable, but it’s also reckless. It’s all well and good to promote young leaders for the good of Australian cricket, as recommended in the Argus review, but only to a certain point.

As we’ve seen with the Melbourne Demons in the AFL, young and inexperienced leaders can often be a PR exercise – the Bushrangers’ latest appointments are bordering on this.

White’s sacking was the right call. But it’s imperative that the formation of the soon-to-be-announced leadership group gets the balance right between youth and experience.

This article has been updated.