After a literal sickening Ollyroos experience, Lachie Wales is making a name for himself at Melbourne City. 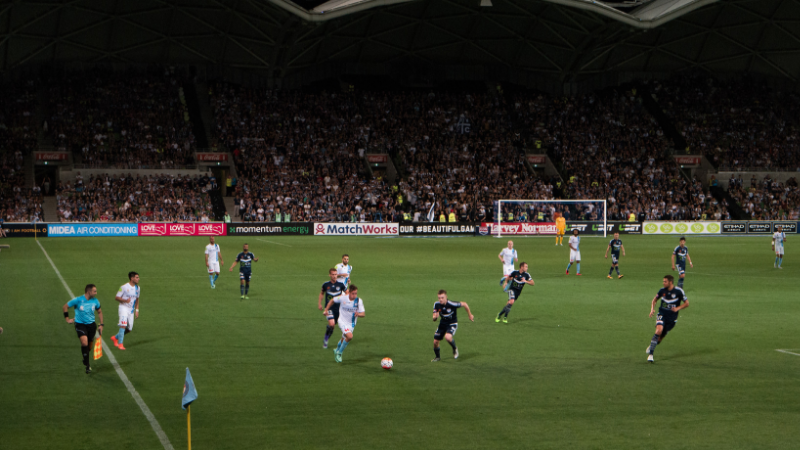 What was supposed to be a great learning experience with the Australian Olyroos squad in March ended up derailing a promising A-League season for Melbourne City winger, Lachie Wales.

This was Wales’ first appearance for the country, having never been previously selected in the under-17 or under-20 age groups.

The Olyroos travelled to Kuala Lumpur for a camp before playing three games in Cambodia, but a nasty bug swept through the group, getting Wales and a number of his teammates sick.

“I think it happened from simple things like people putting their hands in food and the hot weather,” Wales told upstart. “I lost about four and a half to five kilograms over there.”

After having such a successful start to the A-League season, which included winning the Young Footballer of the Month in January, Wales started just one more game after returning from Cambodia.

“When I got back to City, I probably wasn’t in the shape to finish the season the way I started it; back in that period that I was playing well,” he said.

“The team did well while I was away, so it was always going to be difficult to get back in. I tried to make an impact off the bench, but I probably just wasn’t as sharp as I was when I left.”

From his 26 appearances in the 2018/19 season, Wales managed three goals and five assists in the most recent step of what has been an eventful football career so far for the 21-year-old.

This journey began back as a five-year-old when he first started playing football for Terrigal United on the Central Coast.

Wales is a big NRL fan, supporting the Sydney Roosters and also having a cousin playing for West Tigers. He played rugby league as a child but when he grew up, he found his body wasn’t cut out for it.

“I just didn’t really grow much as a kid, I was a pretty late developer so once everyone grew in rugby league, I was still playing both sports on the weekend and I just chose soccer,” he said.

With no Division 1 National Premier League team on the Central Coast, Wales had to travel over an hour as a teenager so he could play for Manly United to further his young career.

From Manly United, he was spotted and thrown into the set-up with A-League team Central Coast Mariners in 2014 and made a total of 84 appearances, scoring 16 goals for their academy side.

Wales made his A-League debut at 19 years old, which compared to some of the other young stars in the league, is quite a long wait.

“I feel like I was ready a few years before that but it was kind of a blessing to get on at 19 because once I started playing, I knew I was ready and it made me feel more comfortable being that little bit older,” he said.

His A-League debut came in the 2017/18 season and he managed to make 11 appearances after finally breaking through from the academy team.

This turned out to be Wales’ only A-League season at the Mariners, after powerhouse Melbourne City came calling, in a move that has proven to be huge for his development.

“It’s opened new doors and playing at one of the biggest clubs in the A-League is always going to help you as a young player because you are playing with better players and training at better facilities and you have a better medical staff,” he said.

“I thought everything at City could improve me as a player so it was a good opportunity to come down and work with all the players and staff and I had a really enjoyable first season so hopefully I can build on it.”

The 2018/19 season was a turbulent one for City, as the club finished in fifth spot on the ladder, underperforming for the squad it had assembled.

City was then beaten in the last minute of the extra time in its semi-final against Adelaide United, a game in which Wales had come off the bench and provided a much-needed spark.

Following this defeat, City announced English manager Warren Joyce would not be returning for next season. The club has hired French football manager Erick Mombaerts as his replacement to take the emerging side under his wing. With a new coach in charge, Wales knows he still has to work hard to solidify his spot in a talented line-up.

“There’s always a bit of uncertainty when a new manager comes in, but I’ve got another year to run on my contract, so I’ll be happy to go into pre-season and work hard and impress,” he said.

Photo: Melbourne City VS Melbourne Victory by tommy kuo available HERE. Used under a Creative Commons License. This image has not been modified.

Jack Kovacic is a second year Bachelor of Media and Communications (Sports Journalism) student at La Trobe University. You can follow him on Twitter @J_Kova.