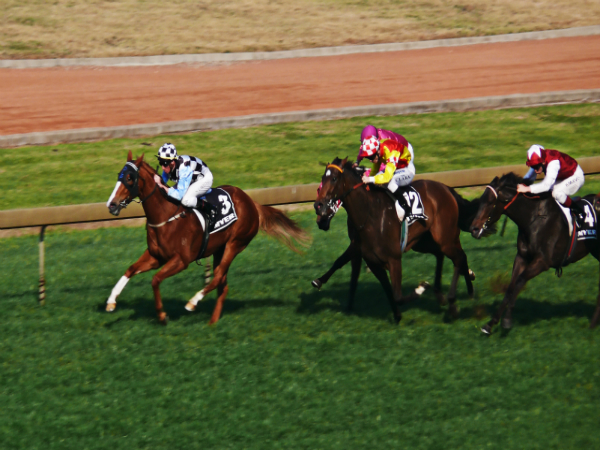 We will be treated to a brilliant weekend of racing this week, highlighted by the $3.5 million Golden Slipper at Rosehill Gardens. The richest and most prestigious juvenile race in the world, the Slipper has produced numerous champions of the turf since the first edition in 1957 and this year is sure to be no exception.

The meeting in Sydney has a total of five Group One races and $6.4 million in prize money; however, it is not the only entertaining card of the weekend. Bendigo will host the richest day in country Victorian racing on Saturday, and Moonee Valley will ensure racing fans have a great evening on Friday.

NSW Racing is prepared for one of the biggest days on its calendar and has assembled some quality fields. Horses from around the world are ready to show the locals what they’re made of on Saturday, with some of the finest horses from Japan and New Zealand venturing to Sydney to join the already strong contingent of ex-European racehorses in Australia.

This year’s Golden Slipper was turned on its head at the barrier draw on Tuesday, most notably with the highly fancied favourite for the classic race, Vancouver, drawing barrier 18. With some of the other fancied horses such as the quartet of Godolphin horses and Mick Price’s Ready For Victory drawing much more desirable barriers, the race has clearly levelled out since the draw.

Vancouver could not have been more impressive in his three races to date, but his grand final is nearly upon him and Gai Waterhouse will ensure that he’s in the best shape of his career as she aims to equalise her father’s record of six Golden Slipper victories.

Four other brilliant Group One races will be contested in Sydney, with the $1 million George Ryder Stakes arguably the highlight of these. The race has drawn in horses of different ages and form lines, so it’s one of the more curious races of the weekend.

Japanese horses World Ace and Real Impact have travelled down to contest the big races of the Autumn Carnival and will be looking to open their account on Saturday. Three-year-olds Shooting to Win and Kermadec, alongside recent stars of the track including Sacred Falls, Criterion and Cosmic Endeavour, are sure to make this one of the races of the year. The other Group One races are The Galaxy, the Rosehill Guineas and the Ranvet Stakes.

Bendigo will be Victoria’s stand-alone meeting on Saturday as it hosts the most lucrative country meeting of the year to support the strong day in Sydney. The $250,000 two-year-old Gold Rush is the richest race of the day and has thus drawn a competitive field of youngsters to fight it out over 1000m.

The race of the day, however, would have to be the Bendigo Guineas. Some of the best three-year-olds in the country will converge upon Bendigo including Chivalry straight out of a brave run in the Australian Guineas, Java back in grade after a solid fourth in the Group One C.F Orr, and Rom Baro down from Canberra after cleaning up the Guineas there.

The Golden Mile is the other stakes race on the card and the field includes some quality horses resuming such as Stipulate, Gris Caro and Zabisco. Their work will be cut out for them, however, with some rock-hard-fit horses ready to fire in the race.

Moonee Valley is ready for a great weekend of racing this Friday night with competitive fields and some quality races to be run. The Group Two Alister Clark Stakes is sure to be a fascinating race for the three-year-olds, with several different form lines leading up to the race.

The current $1.90 favourite to take out the $200,000 event is Stratum Star, although concerns about his ability to run out the 2000m strongly have been keeping punters wary. He’s had brilliant preparation so far, culminating in his last start placing in the Australian Guineas, and certainly has a class edge on the rest of the field.

Seven other competitive races have been assembled at The Valley for what is sure to be a brilliant way to introduce the weekend. The best race from the remainder of the meeting is the Chandler Macleod Penang Pearl for the two-year-olds, with Calaverite leading the betting markets.

A frantically busy and exciting weekend lies ahead of us in the racing world, from future champions ready to step into the spotlight in Sydney, to country hopes trying to steal the attention in central Victoria. Victoria will be consigned to a backseat, however, as the next instalment of the famous Golden Slipper unfolds.

Conor Walsh is a first-year Media and Communications (Sports Journalism) student and has completed a Diploma in Stud Management (Horse Breeding). You can follow him on Twitter: @ConorWalsh63.