The report found that Australia's temperatures increased by 1.4°C over the course of a century. 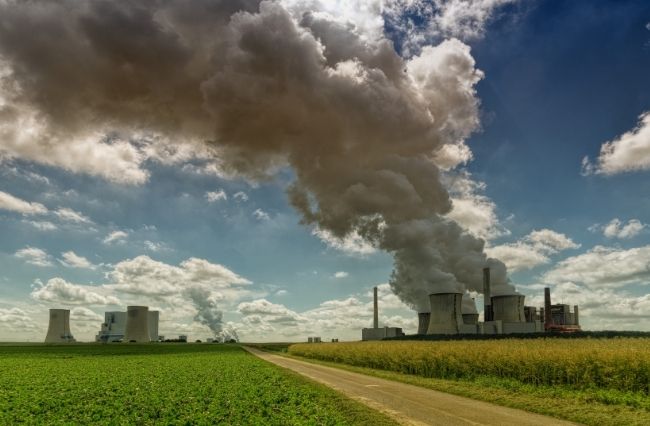 In 2020, more than 17 million hectares were lost in Australia’s devastating bushfires. This year, the Intergovernmental Panel on Climate Change (IPCC) released a report in August, analysing the impact of increasing global emissions and stating that Australia could face more frequent and severe bushfires.

Dr Omar Khorshid, President of the Australian Medical Association (AMA), warns that rising global temperatures will impact the health of Australians which could lead to higher mortality rates and heat-related illnesses such as dehydration, heat exhaustion and heatstroke.

However, Prime Minister Scott Morrison chooses to defend his government’s stance on climate change saying that the problem will be solved by “technology not taxes”, taking a different approach from the IPCC report. So, how will this decision impact the future of Australia’s climate state?

At a press conference in August, Morrison said that a contributing factor to worsening emissions is the environmental footprint of other nations according to the IPCC report.

“We cannot ignore the fact that the developing world accounts for two-thirds of global emissions and those emissions are rising. That is a stark fact,” he says.

Unlike many of Australia’s international counterparts such as the UK and US, Morrison also refuses to commit to having a net-zero emissions target by 2050 stating that the nation will not take the risk of aiming for goals without plans.

But Australia, a major coal and gas producer, is being pushed to take further climate action. The nation’s energy grid is still heavily reliant on coal power and maintains the position of being the world’s second largest exporter of thermal coal. The demand for coal energy is also expected to rise over the next decade.

The IPCC report urges fossil fuel companies to make the first move in reducing carbon emissions, as Australia risks worsening its climate conditions. Amy Quinton, manager of policy at the Investor Group at Climate Change (IGCC) believes that a failure to seriously engage in climate conversations and set meaningful targets could have a negative economic impact on Australia.

“Targets are important and send a strong signal to the investment and private sectors, where the opportunities are likely to be. Certainly, responding with a sense of urgency and clear direction would have a lot of positive benefits,” she tells upstart.

According to the climate report, global average temperatures are expected to climb by 1.5°C in 2040 with greenhouse gas emissions and human activity being the lead primary causes. The report also shows that global surface temperatures are predicted to rise towards the end of the century relative to the increase or decrease of emissions in the atmosphere.

Quinton highlights the importance of the IPCC report and emphasises how human factors have exacerbated global warming.

“The latest IPCC report focuses on the latest scientific thinking around the physical science of climate change and what it really drives home is only evidence is getting stronger and clearer,” she says.

“Human activity is unequivocally driving climate change and the more severe climate change, the more emissions that we put into the atmosphere, the stronger, those physical impacts and extreme events will be, which, we know is something we need to take very seriously as a country.”

Australia is part of a group of nations in the Organisation for Economic Cooperation and Development (OECD) that actively discusses solutions to socioeconomic issues such as climate policies and emission reduction goals. While Prime Minister Morrison will attend the Glasgow summit following global pressure to discuss agreements in tackling rising world temperatures, it is still unclear whether Australia will contribute a 47 percent reduction in emissions by 2030 to meet the UN’s goal of minimising the temperature rise.

Quinton thinks that with an achievable and clearer government policy, the net-zero target is still possible for businesses to reach in Australia.

“There’s a real need to focus on resilience as a country … The federal government is currently consulting on its updated adaptation and resilience strategy, which is expected to come out later this year,” she says.

Today, climate change has reached a point of no return, having irreversible effects on the global environment. The strategic response is now a collective and sustained effort to reduce emissions and the damage caused by global warming. While Morrison’s decision remains uncertain, Australian businesses are wasting no time in aiming to reach their own net-zero targets.

Andrew Jennings, an Executive Director in the Infrastructure and Operations department, is responsible for the Net Zero project at La Trobe University. As part of the $75 million investment, La Trobe University is aiming to become carbon neutral by 2029, with regional campuses set to become carbon neutral by 2022.  Jennings says that the university is committed to its net-zero targets and reducing emissions every day.

“LTU is committed to achieving Net Zero in a financially and environmentally sustainable way, risks are continually identified and evaluated but at this stage, we do not foresee anything which will significantly impact the current commitments.”

“This next report will reveal the opportunities and challenges in actually driving down emissions. The upcoming series is really important because they will list the key risks and opportunities which will be compiled in a synthesis report.”