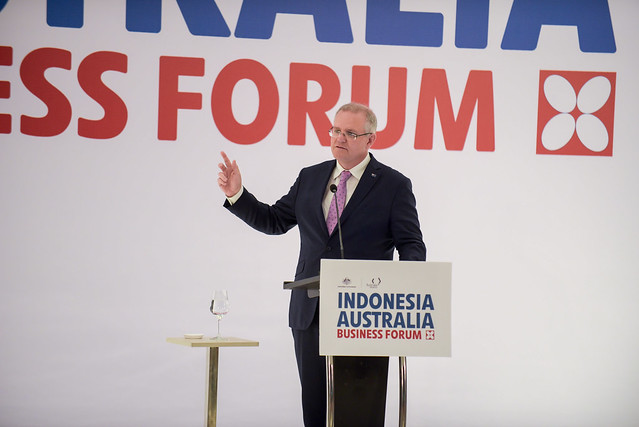 We are less than week into the election campaign and already there is so much to talk about.

Scott Morrison is in Geelong today

Today Prime Minister Scott Morrison is in Victoria in the seat of Carangamite. Liberal Member Sarah Henderson holds the seat by only 0.2 percent. In the budget it was announced that $2 billion would be spent on a fast rail between Melbourne and Geelong.

Yet as Morrison steps into Geelong today, not all headlines have been good for the Liberal Party. Last night it was revealed that Chisholm candidate Gladys Liu spoke to the Guardian in 2016 about how Chinese people coming to Australia see Safe schools, a program run to help children who are gay or transgender, and same sex marriage.

“A lot of Chinese parents they just do not agree with letting boys go into girls toilet,” Liu said.

“Not only toilets, it’s also crossdressing, the introduction of transgender- this is something they have found difficult to accept.”

This morning, Liu questioned the accuracy of her comments from three years ago.

“I think she is a strong candidate. The point is we, as a party, stand for tolerance … as a government we have presided over the same sex marriage debate which ended successfully,” he said.

This is the not the first time the Liberal Party has had issues with candidates. Three Liberal candidates has been impacted by section 44. Section 44 is the rule about joining parliament and being a dual citizen.

In Melbourne’s northern suburb at the seat of Wills, Vaishali Ghosh resigned due to her Indian heritage. Candidate for the seat of Lalor Kate Oski was forced to resign as her father is Polish.

It was also found that Liberals’ candidate Helen Jackson is an employee of Australian Post and was asked to step down.

Peter Dutton in the news for the wrong reasons.

Last night on Q & A in Brisbane, Greens senator Larissa Water accused Member for Dickson, Peter Dutton, of racism due to his immigration policy. This is not the first time Dutton has been in the news in the last week.

Dutton accused Labor candidate for Dickson, Ali France, of using her disability as an excuse for not living in the electorate.

France was hit by a car protecting her child in 2011, her left leg was amputated. She used the pay-out she was given to make her house more accessible.

Dutton has apologised for his comments. He is under pressure to hold onto Dickson, as he holds the seat by 1.7 percent.

Where is Bill Shorten today?

Bill Shorten is in South Australia today and is expected to be in the marginal seat of Boothby.

The first debate between Morison and Shorten will be held on 29 April in Perth.