Tennis pulled off the insurance policy of the millennium, what can Australia’s biggest leagues learn for the next rainy day? 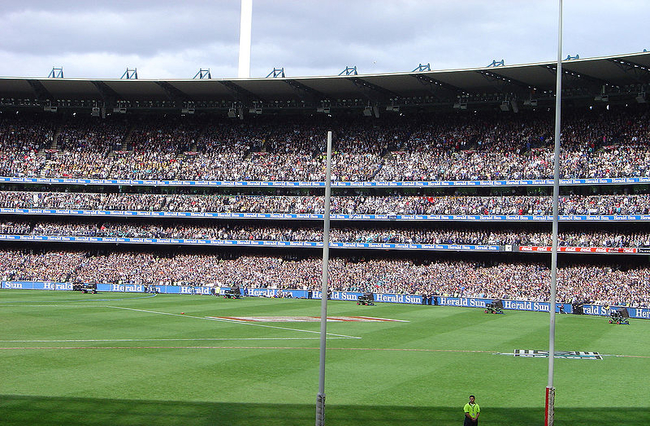 The two major sporting competitions in Australia, the AFL and NRL have returned to play in 2020 amid the coronavirus pandemic. But it has come at a cost.

In order to keep the competition afloat, the AFL secured a half-billion-dollar loan from the banks, the players took a 50 percent pay cut at minimum, and 80 percent of the AFL’s workforce was laid off. Similarly, the NRL also took a hit, with one of its major broadcasters Channel Nine threatening to axe the matches from its stations. Players also took a pay cut of around 71 percent, and the league gave out $2.5 million dollars to each of its clubs to keep them viable.

Sports economist and lecturer at La Trobe University Liam Lenten said that in the wake of the pandemic that the two leading sporting competitions in Australia will be compromised.

“[AFL and NRL] will recover to the extent that there will be a product to offer. However, the major question is whether there will be some percent of demand that it won’t get back,” he told upstart.

“I suspect most operations will be significantly leaner than before, especially in the more marginal activities – recruiting departments smaller, fewer marketing people, et cetera.”

The financial situation which the AFL and NRL are now in is unlike anything the leagues have faced before. But the COVID-19 outbreak alone is not what has put those competitions in a dire situation, it was the final blow of the debts the leagues were already in.

Since as early as 2015, reports started to come out that the leagues and clubs involved were facing financial difficulties. That year, Caroline Wilson reported in The Age that AFL clubs were in total in debt of $60 million. Additionally, only one-third of the 18 clubs achieved profits without financial assistance from the AFL, with the league recording a loss of $17.8 million in 2016.

The Daily Telegraph reported in 2016 that NRL clubs lost an estimated $53.4 million that season. The Brisbane Broncos and North Queensland Cowboys being the only teams making profits.

Organisational theorist and lecturer at La Trobe University Geoff Dickson, says that due to stakeholder interests, the leagues having money for a “rainy day”, such as the current pandemic, was not possible.

“The challenge that the organisations [AFL and NRL] have is that there are a number of stakeholders keen to get their hands on what I’d call league generated revenues,” Dickson told upstart.

“These two stakeholder groups are essentially the clubs who are affiliated with the leagues and players association. So, the challenge for all those organisations is that the moment the leagues made an increase in revenue the stakeholders wanted raises, so it makes saving money for that rainy day more difficult.”

Tennis also has a range of stakeholders, yet when Wimbledon was cancelled for the first time since WW1, it received a $226 million payout thanks to their ‘pandemic insurance’. It was an insurance policy which was taken out 17 years ago which would cover Wimbledon in the event it had to be cancelled due to a crisis.

Though the tournament still lost an estimated $500 million from its cancellation, the insurance covers nearly half of that loss. Additionally, secondary tennis tournament, The British Open, opted to cancel the event in April rather than postpone, as they too had pandemic insurance. Dickson describes Wimbledon’s payout as “the insurance policy of the millennium”.

“It was a risk in taking out and paying for that insurance, but it has paid for itself many times over. And I think it [the pandemic] is going to cause organisations to reflect deeply on the concept of risk.”

Tennis is the only known sport to have this sort of insurance, with the Australian Open included, though Tennis Australia’s pandemic insurance is set to expire in July. Having an insurance policy like this in place is something the AFL and NRL can learn from and a costly opportunity that the two leagues missed. Dickson says that going forward both leagues will be stricter with their finances to make them viable again.

“They will need to go through a period of austerity, meaning reduce money everywhere,” said Dickson.

“The AFL has already put up its hand in stopping the spending in football department expenditure and will have an interesting conversation in the year ahead if the salary cap needs to be dropped.”

Article: Giacomo Bruno is a third-year Bachelor of Media and Communications student (sports journalism) at La Trobe University. You can follow him on Twitter @bruno_giac

Photo: Football at the MCG grand final 2007 sold out by AsianFC is available HERE and used under a Creative Commons Attribution. The image has been resized.