The tournament kicks off with the qualifiers on 24 May. 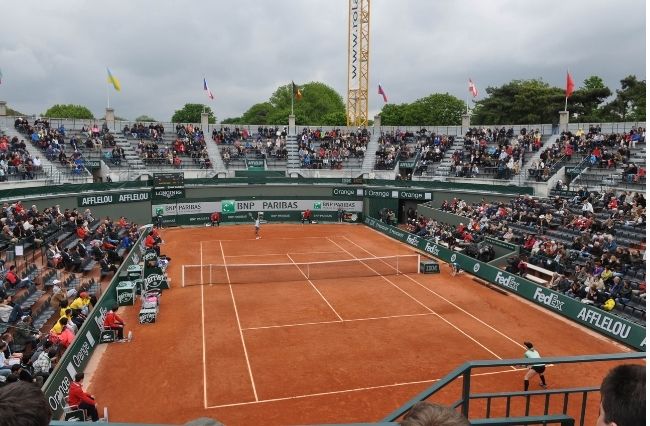 As we near closer to the beginning of this year’s Roland Garros tournament, tennis fans will be eager to see who takes out the 2021 title in Paris.

After French authorities announced COVID-19 measures, the tournament was postponed by one week.

The grand slam will begin with the qualifiers on 24 May and the main draw beginning on 30 May.

With the tournament set to get underway next week, tennis fans will be eagerly awaiting to see who takes out the title with big names set to dominate the tournament – including Rafael Nadal, who will be chasing his 14th French Open title and Roger Federer, who returns after only playing two ATP matches sine the 2020 Australian Open.

The list of qualifiers for both the men and women have been announced by the event organisers. Wheelchair tennis and quad competitions have also been finalised.

The tournament will conclude on 13 June.

Australia’s Astra Sharma and Chris O’Donnell are apart of the 16 men and women who were awarded a wildcard to participate in the gland slam.

For the ranked No.116 Sharma, this will be her third consecutive main draw appearance at the French Open. As the nation’s third highest-ranked Australian woman, the Western Australian returns to the tournament following her triumph effort last year where she faced defeat against world No. 58 Anna Blinkova in the second round.

O’Donnell was given the wildcard for the men’s draw. Ranked 128 in the world, this is the 26-year-old’s debut in a tennis main draw.

World number 1 Ash Barty is among the nine Australian’s to compete in the Open’s main draw. Barty, who won the French Open in 2019, is also one of the favourites to take out the women’s singles title this year.

Also, among the main draw on May 30, the country will be represented by Alex de Minaur, Jordan Thompson, John Millman, Alexei Popyrin and James Ducksworth for the mens. Ajla Tomlijanovic and wildcard recipient Astrid Sharma will play for the womens.

Dylan Alcott will aim to a third a consecutive Roland Garros as he leads the quad wheelchair draw.

A chance for more Australians to play

A number of other Australian tennis players will play in the qualifiers including Thansai Kokkiakis and Bernard Tomic, ranked 199 and 208 respectively.

Nineteen-year-old Olivia Gadecki will also play in the qualifiers and is set for a thrilling performance if her match against United States’ Sofia Kenin is anything to go by. Gadecki made headlines after she defeated the world number 4 at the Australian Open this year.

The other Australian’s expected to play in the qualifiers are:

Britain’s Andy Murray has opted to not participate in 2021’s French Open, instead to focus on the Nottingham Open. Murray has only three ATP tour matches to his name this name due to multiple setbacks from ongoing injury concerns.

Joining Murray is 2015’s French Open winner Stan Wawrinka. Warinka is set to miss the tournament for the first time since 2004 as he is recovering from a small producer on his left foot from an injury he sustained during the Qatar Open back in March.

With Nadal chasing his 14th French Open title, other big names are set to dominate the tournament as well in an effort to take out the title. Men’s number 1 Novak Djokovic is also in the mix of names that can take out the title alongside Greece’s Stefanos Tsitsipas, Austria’s Dominic Thiem and Russia’s Andrey Rublev.

Intrigue surrounds the women as it seems that it’s anyone game to win. Whilst Naomi Osaka has won in Madrid and Miami, it’s uncertain how she’ll do on the clay courts in Paris. Also in the mix to potentially take out the women’s title is Ash Barty, Simona Halep and last year’s open winner Iga Swiatek.

But despite the rise in a new generation in tennis, Serena Williams returns to the French Open following her withdrawal in last year’s second-round after an Achilles injury. She’ll be aiming to win her first grand slam title since she last won in 2017, where she took out the Australian Open major.