Concussions are fast becoming a big issue in the AFL, and it could cost the league dearly. 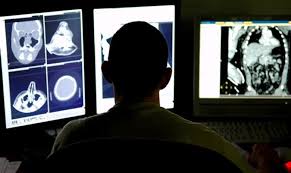 AFL player manager Peter Jess believes the AFL is not capable of managing individual concussions, saying that control of the issue should be moved away from the clubs and the league into an independent group of specialists.

Jess said that players are excluded by the Workers Compensation Act from receiving any form of monetary benefit.  This means that they do not receive insurance to protect them if they suffer a work-related injury or disease, which is compulsory and statutory in all other workplaces.

“Sport has been excluded from the Workers Compensation Act, but for work health and safety … it’s classed as employment under WorkSafe legislation,” he told upstart. “From every other part of the industry, you get wages, you get superannuation, you get everything else bar workers compensation.”

The players hope the class action can lead to a significant payout for those still affected by the injury. This happened in the NFL, when former players received a $1 billion settlement as a result of their class action.

Jess claims that a payout isn’t the ultimate goal though, declaring that prevention is the way out of this issue.

“The pointy end is prevention, not dealing with people who are broken through neuro-degenerative diseases,” he said. “What we need to do is try and find solutions that prevent it continuing.”

He said that one of the biggest issues for the AFL is that players are only treated when symptoms of concussions occur, not when sub-clinical concussions are present. This prevents short-term injury but not long-term effects.

Neurophysiologist Dr Alan Pearce said sub-clinical concussions occur when there is a significant knock to the head or body where the head clearly moves, but there are no signs or symptoms of concussions.

There are chemicals that are released in the brain after a knock to the head, however the amount released may not be enough to bring on obvious symptoms of concussion.

AFL player manager Jess said through his relationship with Dr Pearce, he has learned that people with sub-clinical concussions are less likely to be treated because they don’t present symptoms.

“People get treated when they present symptomatically, but with sub-clinical concussions, you don’t get treated because you don’t present with symptoms but yet you’ve still got damage,” he said.

The treatment that Jess speaks of is the Sport Concussion Assessment Tool (SCAT) which involves a series of questions and tasks such as looking at symptoms, balance, neurological signs like eye movement and cognitive testing that includes asking what day it is. It is a well-known tool to test concussion at all levels of sport now, but it was not even introduced until the last 10 to 15 years.

Dr Pearce, who published the first study on retired AFL players in 2014 and led research funded by the AFL into the long-term effects of concussion from 2015 to early 2018, claims there was not any sufficient concussion testing until the mid-2000s.

“The first conference that built this consensus around sports concussion wasn’t until the mid 2000s, so you can understand that back in the 1970s, 80s and 90s, there was no assessment for concussion,” he told upstart. “What generally happened was the doctor making some sort of judgment whether a player can go back on or not.”

This meant that when the players who are leading the class action were on the field, they were in the dark about the effects of concussion and how to treat it.

Lead lawyer for the class action Greg Griffin adhered to this when he told Channel 9’s Wide World of Sports that Platten went to hospital 10 times for concussion and always played the next week.

Now, prevention of further damage has been improved through the SCAT. Dr Pearce says the assessment takes about 20 minutes, but at AFL level, the medical staff use a modified version of about 10 minutes. Although it is a good way to assess a possible concussion, Pearce admits it has its moments of weakness.

“The biggest criticism of the SCAT … is that it requires someone to make a subjective decision about the test,” he said. “If I test you and get your data, I’ve still got to decide whether you’re suitable [to return] or not.”

For example, if a player was concussed and he could not name the months of the year in reverse order, the doctor might be of the view that the player couldn’t do that anyway, so he would pass that player on that aspect of the assessment. This means he could return to the field, even if he does have a concussion.

Players are therefore missing only one week in most cases of concussion, providing their symptoms have subsided and they feel 100 percent, when they could still be suffering a concussion.

This happened to Fremantle captain Nat Fyfe, who was knocked out in round three this year and missed Fremantle’s round four match against the West Coast Eagles.

Jess said that the British Medical Journal research has shown a week off is not long enough, arguing that the conflict of interest between the coaches, club and player can get in the way of the treatment and prevention of effects from a concussion.

“What the British Medical Journal did was clinical studies and found that the return to play for players who have had a clinical concussion, that is a loss of consciousness, should be 19 days,” he said.  “The AFL and its clubs have an asset that only earns them money if he plays, so there is a compelling argument for them to get him back on the pitch which is not necessarily in his long-term best health interests.”

For a player like Fyfe, the conflict of interest is clear. He makes the Dockers money when he plays, but his game time is spent mostly in the middle of the ground, the most contested area.

According to the British Medical Journal’s study, this means that playing a game after 13 days is too short of a break as even though symptoms might have subsided, the brain may not have fully recovered.

But his on-field impact can force the club to bring him back earlier, as he brings people to the game, and increases their chances of a win.

Even with Fyfe’s early return, there was at least some care for his long-term health as he had a week off. This was vastly different in the 1980s and 1990s, when John Platten returned to play the next week every time he was concussed.

Dr Pearce says this is where the stigma surrounding concussion was evident, and still is today.

“There’s still certainly a hesitancy to admit that concussion, or on-going effects of concussion, is the reason why they can’t continue,” he said. “I’ve published a couple of research papers on student athletes who admit that concussion is not good for the brain and there could be long term outcomes. But they will still want to continue playing if they are concussed because they don’t want to let their teammates down and they don’t want to be seen as weak.”

The hardest part about the concussion injury is that the effects of coming back early won’t come to the surface until 20 to 30 years down the track.

John Barnes is evidence of this, as he told the ABC he didn’t suffer his first epileptic seizure until 2012 and is only now experiencing a short-temper and outbursts of rage. His symptoms are all coming about after retiring at the end of the 2001 season, more than 17 years ago, highlighting why he wants to take class action against the AFL.

Photo: CT scans from a trauma patient by U.S. Air Force available here and used under Creative Commons License. The image has not been modified.

Ollie Nash is a third year Bachelor of Media and Communications (Sports Journalism) student at La Trobe University. You can follow him on Twitter @ollie_nash44