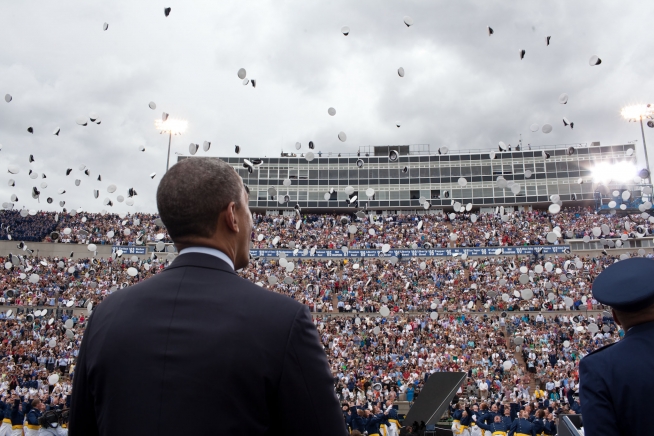 A little more than four years ago, as a fresh-faced nineteen-year-old politely asking a fellow gawker to push the little button on the top right, I posed awkwardly in front of the unmercifully black bars contrasted by the stunning color of the house at 1600 Pennsylvania Avenue in Washington DC. 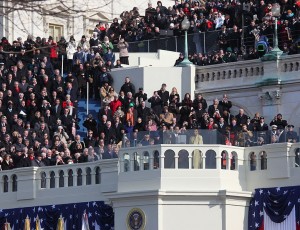 Barack Obama had officially completed the transformation from parvenu Illinois State Senator to President-elect, seemingly inspiring much of the world along the way. Standing in front of a building that day previously only known from alien films and Kiefer Sutherland serials, there was a palpable sense of hope in the cold December air. The eight, long Bush-years that had degenerated from presidential to punch line were finally drawing to a close, making way for a charismatic figure that could catapult the United States back to the top of the international totem pole. The new American golden age was dawning, and they had their shining star to light the way.

We all know what happened next.

The economy collapsed. Banks were closed, jobs were lost, houses were taken and lives were ruined. The wave of emotion and positivity Obama rode into office on came crashing down, leaving a president and a nation humbled by the stark, unforgiving reality of a financial crisis not seen in a generation.

Four years after a myriad of bad investments, unpaid wars and nearly a decade of credit card governance brought a nation to its proverbial knees, the giant is stirring. Slowly but surely, the economy is recovering from the 2008 meltdown, which in large part can be credited to the fiscal approach of the past four years. Lending heavily on the pillars of Keynesian ideals, Obama created policies designed to pull his nation back to its feet. He faced the haunting soundbyte of government spending, remaining steadfast in his belief that for the country to reestablish itself, the government was going to have to take a few hits in order to cultivate growth. Spurning the recent history of protecting those least in the need of protection, Obama sought to use his institutional strength to support those that were weakest.

In the face of staunch opposite from a Republican Congress resolute in making his every step the hardest, the President has not once been seen to search for an easy one.  But, that’s not to say that the President has been perfect during his first four years, when in reality his first term has been littered with almost as many failures and successes.

The most high profile of his failures being the doubling of federal deficits that he promised to cut in half. And, while it would be unfair to lay the blame entirely at the feet of the Chicago native, to admonish him of any blame would be equally as imbalanced.

At times, he has appeared stubborn to the point of fault. His dogged determination to pass Obamacare is one of the biggest blights on his opening term. The argument for affordable healthcare is one that certainly needs to be discussed, driving a wide sweeping reform with mounting costs through during a time of unparralled national debt could kindly be described as foolish. And, while the ability to push the bill through a Republican Congress is an astonishing feat that does not make it an unequivocal victory for Obama, rather it serves as a testament to how his unwavering belief and conviction is dually his biggest strength and weakness.

However, for all the quantifiable hurdles the President has been forced to navigate during the past four years, an indefinable entitlement has created the most cause for concern.

To put it simply, Obama is the leader of a country that is not accustomed to ever be trailing. His constituents do not believe that they can be a mighty nation: they believe that they should be the greatest. For a time, they were just that, unequivocally. However, running the risk of sounding too much like an Aaron Sorkin monologue, times have changed. The notion of American supremacy is not one born of out statistics and rationale, rather an overbearing sense of patriotism that over time has transformed into something of a perceived birthright. Such a privileged people are not used to being preached to about the perils of hard times, instead believing that the pinnacle is where they belong.

In many ways, the current predicament is one that has long been coming. For generations, the United States has openly patted itself on the back, celebrating its standing in comparison to the rest of the world. How else would a nation justify its open self-declaration as the ‘leader of the free world’?

Therefore, when Obama talks about the need for revolutionary change and reform, not only is he going against preformed political ideals, he must confront a deep-rooted prerogative of its people. Rather than appealing to some outdated preexisting notion of status, the President is reaching out for the very characteristics that forged a nation worthy of such praise long before his time.

In many ways, he created the space for his opponent to operate.

Rather than challenging any of his audience, Mitt Romney notoriously shapes and alters his stance to appeal to those within earshot. Shying away from telling a nation what they need to hear, Governor Romney spurts what they want to hear. Rather than discussing concrete plans on how to improve a slumping country, he speaks to the long-standing narrative, invoking patriotic responses that even the most potent of facts fail to overcome.

Later today, as thousands of others around me take to the polls, I’ll be forced to watch from afar. But, for the reasons mentioned above, I sincerely hope that the people of these United States elect President Barack Obama for a second term.

To steal a line emitted from both candidates during the course of the campaign, this really is one of the most important elections in recent time. The United States of America is on the eve of a potentially century-shaping decision. On one hand, they can elect Governor Romney, and for the most part, return to the policies and chest-beating ways that lead to their crippling financial situation and flawed social circumstance they find themselves in. They can continue to operate under the self-deluded guise of being the leading nation, when in reality that’s something they have barely been since the turn of the millennium. That would be the easy way.

Or, they can continue down a new path being blazed by President Obama, one designed to recapture the American glory that has largely been lost after a decade of decline, both at home and in the eyes of those across the globe. That isn’t the easy way, and Obama has made no apologies for suggesting that his path to sustained recovery is not one that can occur overnight.

Collectively, the hard yards need to be put in. But the ability to put in those yards is what made American great in the first place. While his opponent appeals to the superficial status of greatness, Obama is striving to inspire the facets and characteristics required to obtain such pronounced praise.

Liam Quinn is a second-year Bachelor of Journalism student at La Trobe University, who is currently on exchange at Michigan State University.  He’ll be part of upstart’s election coverage from 10.30am tomorrow.  You can follow him on Twitter: @liamquinn23