The score review system has umpires second guessing their decisions. 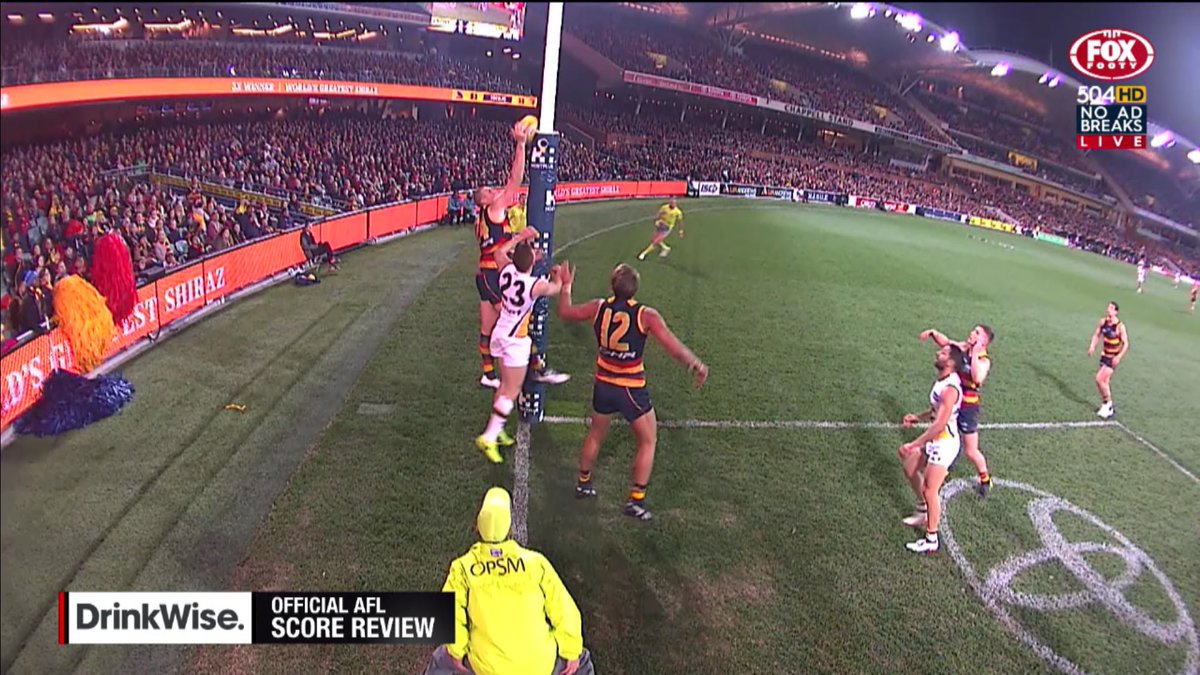 According to Northern Football League umpire, Dylan Brown, umpires are losing faith in their own decisions.

“If the umpires are certain about a decision they should back their decision. In my opinion, the review should only be used if there is a doubt about a call,” Brown tells upstart. 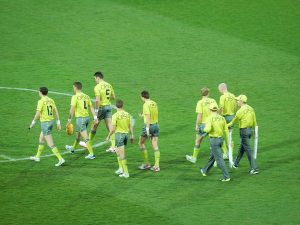 Umpires walking onto the ground.

The score review was brought into the AFL at the beginning of the 2012 season, after Sharrod Wellingham kicked a behind in the 2011 Grand Final, between Collingwood and Geelong. An umpire made the mistaken decision to reward the kick with a goal.

That decision became very controversial and there was a strong belief that if a score review system had been at the umpires disposal, this mistake could not have happened.

At the time it was introduced, the score review system was heavily criticised by both fans and officials. The system was seen to slow down the game and take away the enjoyment.

The technology to support the system just wasn’t in place to make it efficient enough to be constantly used.

These days, the AFL have the best technology to avoid those mistakes.

EXCLUSIVE: inside the score review bunker https://t.co/71J8FfHqYp via @AFL

“I believe as a professional umpire you need to adapt and change. It is certainly not an environment you can plateau in, and you need to keep challenging yourself.

If anything, the implementation of the score review was an acknowledgement of how difficult the role can be,” he tells upstart.

AFL is played at an elite level, and both players and spectators need a system that gives the best results. Umpires do make mistakes and the score review system has reduced the stress for umpires around the demand for accuracy.

“This is now an additional resource available to umpires in an industry that demands elite performance,” said Dixon.

“Most reviews are done within a 45-second window.  I believe it has added an element of suspense to the fans, particularly now that the result of the review now appears on the scoreboard. More importantly, I am sure fans are more comfortable with a process whereby umpiring ‘decisional’ accuracy is improved.” 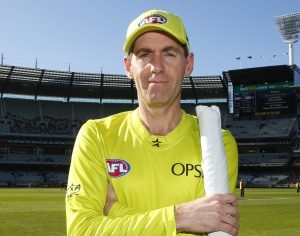 With local football gaining much more support from both sponsorship and attendance each season, local league umpires believe this technology would help them immensely in making the correct decision. According to Dylan Brown, the technology would be very difficult to put in place at that level. Costs would be high, the venues are not setup to allow for the score review to be put in place.

“As umpires, our aim is to make the correct decision in a game, so anything that can aid in doing so, we welcome it,” Brown believes.

Most umpires, especially those at an AFL level, are career umpires making their living from the game. They usually have years of experience behind them.

The score review system was implemented to reinforce the umpires call and back up their years of experience, not to contradict or change everything they do. If the umpire stands by their call while on the ground and believes it should be a goal or point, for example, it should be completely trusted, according to Brown.

In the 2017 AFL season, the score review system is a crucial part of bringing the game to an elite standard. The league has worked hard to achieve a system that eliminates and minimises as many mistakes as possible.

Now, it’s up to the umpires.