What keeps us tuning in to every episode of a show we hate? 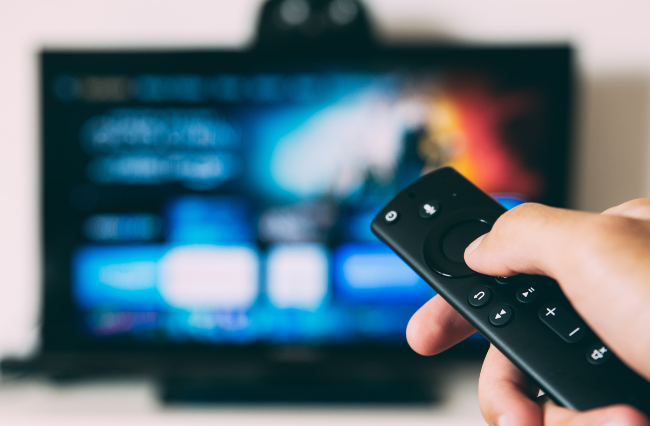 We all have that one show we love to hate. Maybe it’s a piece of reality TV that is particularly trashy, or that new teen romance that you have been cringing all the way through. You’ll laugh at the absurdity of Emily’s life in Paris, cringe through every musical number in Glee, or poke fun at the over-the-top lavishness seen in The Kardashians.

Hate-watching shows and movies is not new. When Twilight was released, fans and haters alike swarmed cinemas to watch the love triangle play out, with fans obsessing over Jacob or Edward and the haters, or anti-fans poking fun of the bad acting and sparkling vampires. These days though, with the aid of social media, people can be more vocal about it.

For years now, people have been trying to find an explanation behind hate watching. One writer from Cosmo blamed it on us not being able to admit we liked certain shows, especially ones that are seen as low-brow. Another Vice article attributed the phenomenon to boredom, while a writer for Huffington Post suggested that we find fun in pulling apart shows.

Dr Elizabeth Cohen, a communications professor at West Virginia University, who has studied the effects of hate-watching, believes it all comes down to pleasure.

“Hate-watching happens when we deliberately watch something because we know it’s going to be really bad, or annoying, but we derive some pleasure from criticising it,” she tells upstart.

Sometimes you don’t set out to hate-watch a show, Dr Cohen says. Instead, the show gets progressively worse over time.

“Sometimes you might start off genuinely liking a show and it gets kind of bad, but you keep watching it because maybe you feel like you’ve invested so much, and before long you’re hate-watching it.”

Another constant hate-watching favourite has been reality TV. Shows like The Kardashians, with their lavish lifestyle, and dating shows like Love Island and Netflix’s new Dated and Related, have become targets of fan derision.

“I think a lot of people like to hate-watch shows like Keeping Up With The Kardashians that feature people with reputations as being kind of spoiled and shallow,” Dr Cohen says.

On some level, their lives are, of course, glamorous, and that’s fun to see because it’s like a fantasy.”

Cohen says that many who hate-watch the show are probably also focusing on the ironies, flaws, and eccentricities in the characters’ lives.

“Groaning or laughing at them can make the show more entertaining for some. But it also brings them down to our level.”

Student Natalia D’Monte, who hate-watches reality TV to switch her mind off, says she loves the constant drama it offers by shows like The Ultimation: Marry or Move On and Dated and Related.

“These types of shows get a reaction out of me because it’s almost so bad it’s almost good,” she tells upstart. “The constant over-the-top drama and the personalities of reality stars allow me to form strong opinions. Whether my opinions are good or bad, I can’t help but want more.”

While many people may just watch a show they dislike and maybe have a laugh, there’s another group that Dr Cohen labels as “anti-fans”, who are almost obsessed with their hatred of a show.

“An anti-fan is someone who—like a fan is really, really, into a certain story, movie, TV show, or whatever. But the reason they are into it is not because they love it, but because they hate it,” she says.

“A fan might go to an online group to post about how much they like a TV show, but anti-fans go to criticise and pick apart. Fans are bonded together in common appreciation for a story, and anti-fans are bonded in common snark.”

Many anti-fans will take to social media to spread their dislike for these shows. One show, in particular, Riverdale is an over-the-top teen romance turned paranormal horror that has an army of fans tuning in each week to just watch how bad it is, and spread their takes all over social media.

The Riverdale hashtag on Twitter is filled with hate tweets after each new episode is released, with the same people coming back each week to talk about how ridiculous the next episode is out.

“Every time I start a new episode of Riverdale I hate myself a little bit more… but I just can’t stop watching this train wreck,” one fan tweeted.

Another issue Cohen has found in her co-authored research examining episodes of Keeping Up With The Kardashians that contained serious messages about breast-cancer screenings and gun ownership is that hate watchers may discount serious messages in the process of disparaging the show, even humorously.

Even though Dr Cohen says she isn’t much of a hate-watcher herself, she confesses she too has fallen victim to it, saying she wasn’t planning to hate-watch The Walking Dead when she started viewing it.

“I really did like the show at the beginning, but I think it went off the rails several seasons ago,” she says.

“I kept watching it almost out of obligation, but after a while, I realised I was constantly rolling my eyes and making fun of it with my husband. We even had a game of predicting the bad plot points.”

So, while we may say we hate a show, we know that there’s something about it that keeps us coming back for every episode. Maybe love and hate are closer than we think.

Author | Georgia Tacey is a third-year Media and Communications (Journalism) student at La Trobe University. You can follow her at @georgiatacey.

Photo | Turned-on flat screened television photo by Glenn Carstens-Peters available HERE and used under a Creative Commons license. This image has not been modified.