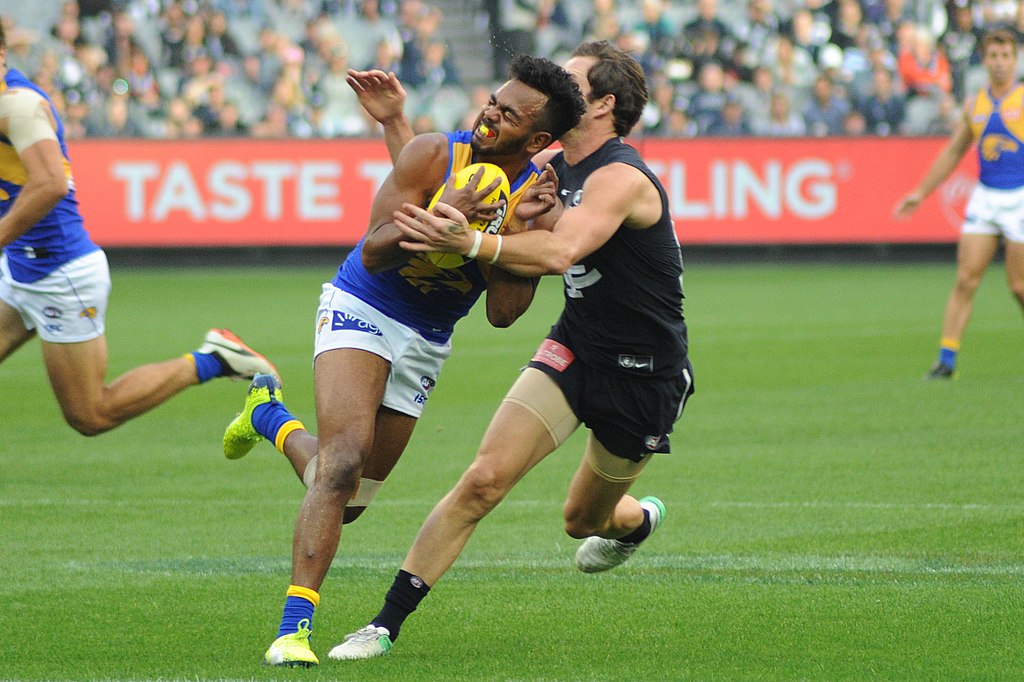 West Coast Eagles star Willie Rioli has been suspended indefinitely by the AFL, after the premiership forward returned an adverse analytical finding during an ASADA doping test.

The alleged violation occurred on 20 August in an out-of-competition doping control test. Rioli had reportedly been caught manipulating a urine sample by using an alternate liquid, in an attempt to trick an Anti-Doping officer.

According to The Age, Rioli has not returned a positive drug test, only that the sample has evidence of urine substitution which is prohibited.

The provisional suspension handed down by the AFL means that the star Eagle will miss West Coast’s important semi-final clash with Geelong on Friday night at the MCG. The suspension will last until the matter has been resolved, Rioli faces a four-year ban if he’s handed the maximum penalty for the violation.

“The AFL today confirmed that a mandatory provisional suspension had been handed to West Coast Eagles Player William Rioli following notification to him by ASADA of an Adverse Analytical Finding (AAF) and a potential violation of the Australian Football Anti-Doping Code (Code),” AFL general counsel Andrew Dillon said in a media conference.

“It is asserted that Rioli’s A sample returned an adverse analytical finding for urine substitution being a prohibited method following an out-of-competition doping control test on 20 August 2019. ASADA informed the AFL yesterday of the results of the testing of the sample and Rioli was formally notified late last night after arriving in Melbourne.

“The provisional suspension is effective immediately. Rioli will not be eligible to compete in AFL competitions or any WADA-compliant sport [including the WAFL] while provisionally suspended, but will be able to train, prior to the hearing and determination of the asserted code violation.”

The West Coast Eagles released a statement on Thursday announcing that the club would “fully and openly” co-operate with ASADA and the AFL.

“The club is extremely disappointed that one of our players has been provisionally suspended while a matter is being investigated,” the statement said.

“The club is fully committed to supporting Willie during what is a personally distressing time. Our primary concern is Willie’s health and welfare.”

The immediate absence of Willie Rioli is a massive blow for the Eagles in their 2019 finals campaign as they aim for their second consecutive premiership.

Jack Petruccelle has been listed as Rioli’s replacement for the must-win final against Geelong.

Photo: Willie Rioli by Flickerd available HERE and used under a Creative Commons Attribution. The image has not been modified.