Connor O’Leary explains the impact the West Indies’ World Twenty20 triumph could have on cricket in the region. 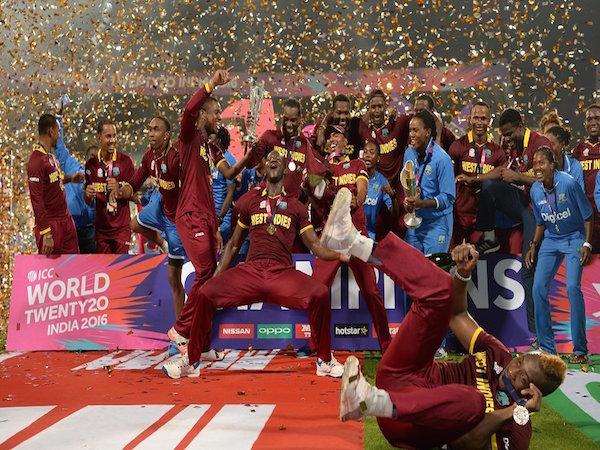 Images of the hulking Carlos Brathwaite blazing four successive final over sixes will go down as the defining moment of Sunday’s World T20 final in Kolkata.

Brathwaite’s blows lifted the West Indies off the canvas and to its second trophy in the competition – the first men’s side to achieve that feat.

The pair of World Cup victories caps off an impressive six weeks for West Indies cricket, after its under-19s team took out the Under-19 Cricket World Cup in February.

“Any time a West Indies team is successful … it gives the game a shot in the arm, not just in the Caribbean but globally,” Brettig tells upstart.

“They play the game in ways that showcase its best elements: the athleticism, the speed, the infectious enthusiasm and showmanship.

“To see a West Indies team succeed as it did on Sunday night is to give Caribbean children in particular something to aspire to in the game.”

That the West Indies even made it to the final is almost a miracle in itself; despite being ranked second in the world in Twenty20 cricket, constant pay disputes with the West Indies Cricket Board (WICB) led to reports of players boycotting the tournament.

However with the sky seemingly falling in on West Indies cricket, the team has put aside all outside distractions and provided a desperately needed injection of life for cricket in the Caribbean.

The importance of the Windies’ triumph was not lost on captain Darren Sammy, with his emotion evident in a candid post-match speech that highlighted how poor the players’ relationship is with WICB.

Sammy was not alone in sending a message to the detractors – man of the match Marlon Samuels wasted little time in firing back at Shane Warne following the spin great’s comments during the West Indies’ semi-final victory over India.

“I woke up this morning with only one thing on my mind. Shane Warne has been talking continuously and all I have to say without talking is this (man of the match trophy) is for Shane Warne,”Samuels told Nasser Hussain when accepting his award.

Brettig believes that although it is good to see such spirit from senior West Indian players, the team cannot continue to channel its frustration with WICB into its cricket and expect improvement.

“There was a lot of pent up frustration clearly. The honesty they (Sammy and Samuels) showed was refreshing, if lacking in grace,” Brettig says.

“They were able to focus this frustration/anger during the tournament to great effect, but they need to be better than that to succeed beyond the confines of one event.”

It is clear that change is so sorely needed in West Indies cricket if it is to return to its glory days in the 1970s and ‘80s.

On the recent tour to Australia, West Indies players earned just US$5000 per test match, less than half of the US$11200 earned by Australian players.

The WICB cannot pay players money it does not have, and has been battling with losing players to global Twenty20 competition for some time.

However, Brettig explains that there may be light at the end of the tunnel following the World Twenty20 success.

“There needs to be greater trust established between the top group of players and the board,” Brettig says.

“The WICB cannot ignore the success of the T20 team, and it appears they are making moves to be a little more communicative.

“They have released a statement offering the T20 players a seat at a meeting after the IPL in which to discuss the future and how to get them involved in more formats.”

The task ahead of the West Indies is challenging – but at least for now, they have hope.