Many have written Brendan Fevola’s career off; but with 204 games and over 600 goals there’s one club that could desperately use his assistance right now – Collingwood. 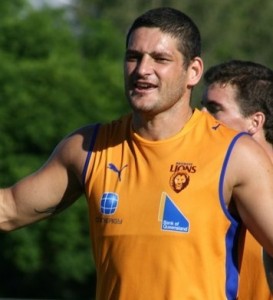 The Magpies are desperate for an avenue to goal, and if out-of-contract forward Travis Cloke leaves at the end of the season, Collingwood’s premiership window might as well be hammered shut.

Collingwood heads into the final round of the AFL season out of form, sitting outside the top four and in jeopardy of not even making a preliminary final.

The forward line is the biggest issue: Cloke is way out of form, and still hasn’t re-signed with the club, while Chris Dawes can barely take a mark, let alone kick a goal.

Alan Didak is also still working himself back into form after spending most of the year sidelined, while Andrew Krakeour hasn’t played yet this season.

It’s currently what separates the Magpies from the rest, with top four sides Hawthorn, Adelaide and West Coast all boasting in-form forward lines.

Even those outside the four boast well; Matthew Pavlich (Fremantle), Tom Hawkins (Geelong) and Drew Petrie (North Melbourne) are all in the top five standings for this year’s Coleman Medal.

Sydney is the only other top 8 team without a dominant power forward, with Lewis Jetta leading the Swans’ goal kicking.  However, the red-and-white are the best defensive team in the AFL, conceding less points than any other team this season.

That too has been an issue for Collingwood, with Ben Reid, Nathan Brown and co. struggling to find the balance that they’ve had for the past two seasons.

But with Cloke still yet to sign it begs the question – how will they cope next year if he’s not there?

Most believe Collingwood’s premiership window will still be open for a few more years, with Dayne Beams and Steele Sidebottom taking the next step in the midfield, and other youngsters (Ben Sinclair, Alex Fasolo, Jarryd Blair) showing huge amounts of promise.

But without Cloke, who is only 25-years-old, Collingwood’s forward line looks brittle.

The Pies need a player who can kick 70 or 80 goals, especially if Dawes is only ever going to be that second key forward.

It’s no good throwing a kid into the forward line and expecting him to replace Cloke, despite the look of Jarrod Witts and Jackson Paine in Collingwood’s reserves.

The window is open now, and they need someone who can help them win another flag while the fire is still warm.

Brendan Fevola is the perfect fit.

He’s kicked more than 100 goals in the country already this year, and its believed he has barely lifted a finger to do so.

Fevola’s now working with a personal trainer to get him fit enough to pursue a punting career in the NFL.

But that can wait and there’s no doubt Fev would put that on hold if an AFL opportunity opened up.

The Pies would have nothing to lose to get Fevola etiher; he would be paid a base salary and the Pies wouldn’t even need to waste an early pick to get him.

Obviously off-field indiscretions cut short Fevola’s career at the Lions, but Collingwood showed earlier this month with Dane Swan that they won’t be hesitant to stamp out any nonsense.

And with the chance to win his first AFL premiership, it would be silly of Fevola to consider mucking around.

Even if Cloke decides to remain at the Westpac Centre, Collingwood could do worse than drafting the 31-year-old as a rookie.

Worst-case scenario is that he rocks up overweight or injures himself in the pre-season and never plays a game for the Pies, while Collingwood fork out his $50,000 salary and miss out on drafting a kid.

Best-case scenario is he plays until he’s 35, wins the premiership he’s never had and maybe even a third Coleman medal. Then he goes on to pursue a punting career.

Either way, there’s nothing to lose.

The premiership window is still open, and Collingwood must win another flag while it still can.

Damien Ractliffe is a third-year Bachelor of Journalism student at La Trobe University and part of upstart‘s editorial team.  He is a Collingwood supporter. You can follow him on Twitter: @DamienRactliffe