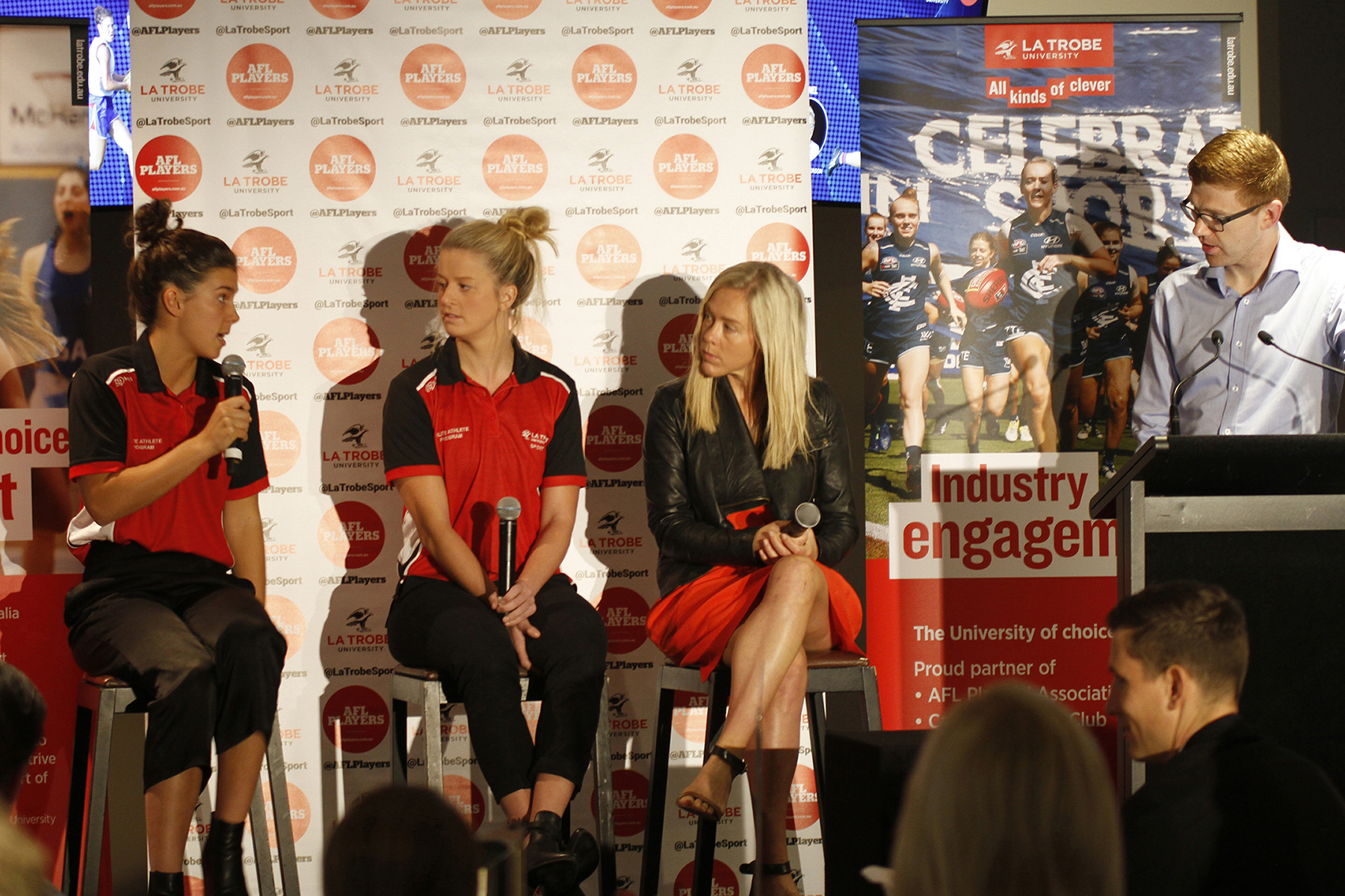 Despite the heights that women’s sport has reached over the past few years, there is one important issue that has the potential to stall its ascension – the rise of physical injury to its athletes.

Last Tuesday morning, upstart was invited to Sudden Impact – a breakfast symposium presented by La Trobe University and the AFL Players’ Association at the Melbourne Cricket Ground – to discuss the impacts for female athletes.

The symposium was an in-depth conversation about the increase of injuries and the variety of prevention methods and support plans available for players.

“The more awareness we have around injury prevention is really crucial.”

Since the inception of the AFLW, there has been a number of footballers suffering anterior cruciate ligament (ACL) injuries.

In February this year, sports medic Dr Peter Brukner revealed AFLW players were around five times more likely to tear their ACL. This comes after several high-profile players who succumbed to the season-ending injury.

Patterson is researching anterior cruciate ligament injuries at La Trobe University and is a passionate advocate of preventing injuries in sport.

“There’s obviously been media attention but also research to back that up. Recent studies by Griffith University and Federation University show that the rates are increasing,” she said.

“The exposure is increasing and it’s great that young girls are participating for those physical and mental benefits, but injuries are going up and as a sports medicine field we need to keep up.”

Patterson believes there are several factors that contribute to injury risk.

“There’s biomechanical differences which basically means we have to be stronger in our muscles to be able to control those differences, [and] we are females, we have different hormones,” she said.

One of Patterson’s key advisors, Professor Kay Crossley from the La Trobe Sport and Exercise Medicine Research Centre, believes it is important to have this discussion about injuries now.

“Women are in a unique position and it’s a challenging time now for them,” she said.

It is particularly important at a time when female football participation numbers are flourishing. At the end of 2017, the AFL released findings showing that 30 percent of the nation’s football players are women.

Women’s football has had to tear down several barriers. From the stigma attached to females playing a male dominated sport, to young girls finally having the opportunity and the resources made available to play the sport they love.

Kate Sheahan, now 36, talked about her joy for playing football as a young woman, and the barriers she initially faced.

“I was just mad on football, it was my number one sport. But my mum would not let me play” she said.

“I used to catch the train home from footy at 6:30 at night [just to play], and fast forward to now, parents are encouraging their daughters to play football.”

“The stigma is no longer there, it’s socially accepted for females to go out there and do this now.”

Sheahan’s tale of the growing acceptance for female football today signified the importance of the Sudden Impact symposium. It acts as a stark reminder of the unfortunate physical toll, and the steps being taken to find an answer.