The 2024 Olympic taekwondo hopeful has overcome myriad injuries to stay in the game. 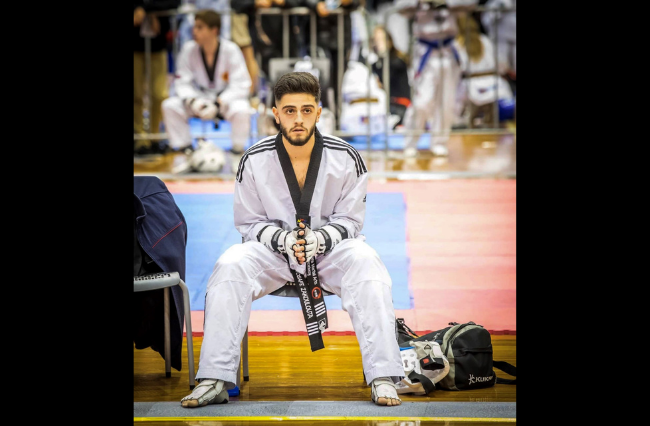 In 2015, Yosafe Zakoulouta was told he would never be able to train or compete in taekwondo or kick boxing again.

But it turns out that he wasn’t good at taking no for an answer. Six years later, he is ranked in top 100 world taekwondo rankings for his weight category.

Quite the comeback considering when asked about his injury history, his face dropped.

The now 21-year-old Zakoulouta suffered perhaps the worst to his leg when he was just 16. He was sparring with his coach when his leg got caught on his coach’s head, causing him to fall. Immediately his coach lost his balance and fell on top of him, causing his leg to snap. He tore his ACL, PCL, LCL and shattered his kneecap and had to have a full knee reconstruction. He was told he will never be able to compete again, but this didn’t stop him. Two-and-a half years later he was back training full on.

However, this is not the only injury Zakoulouta has had to bounce back from. He has also broken his right ankle, left foot, three toes, right elbow, left arm, two fingers, nose, and has just recently started training after tearing his shoulder.

Zakoulouta said he didn’t listen to anyone after his knee construction. He wasn’t going to give up. His strong mentality and love of the sport is what kept pushing him to continue to fight.

He was just four years old when he started taekwondo, and 10 for kickboxing. His father was into martial arts all his life, and Yosafe and his two sisters all followed in his footsteps.

Taekwondo, it is a martial art which involves fast kicking and punching techniques with emphasis on head-height kicks. It is a sport that requires control, agility and dynamic movements.

Placing either first, second or third is highly important in martial arts, as every time someone medals at a competition they earn points. Over time they get a combined total of points, and if the points are high enough this is how a spot in the Olympics is earned.

To get prepared for his competitions Zakoulouta trains five to six hours a day from Monday to Friday, where he will do three sessions consisting of strength and conditioning, kickboxing, taekwondo and going to the gym. On the weekends he will only do one session a day.

On top of this he attends La Trobe University as a full-time student, studying law. He is in his final year for the course, and like all students he is excited to finish his schooling after a long five years.

Competing in martial arts has taken Zakoulouta to some unique places, he has travelled to Fiji, New Zealand, Malaysia and Azerbaijan. But his favourite place he has been so far is Samoa. In 2019 he went to Samoa for the 9th Oceania Taekwondo Championships where he placed second.

“After that competition everyone went out to this three-hour-away water hole, and then everyone ran and jumped off the cliff. That was probably the best experience,” he said.

The best moments always come after the competition, where the whole team celebrates together.

“Every single time you medal at the international event it’s just a different feeling, because it gets you a little closer to getting into the Olympics.”

In six weeks, he will be heading to Brisbane to compete for a selection spot in the upcoming 2021 Taekwondo World Championships that will take place in China, if it’s not cancelled due to the pandemic.

This opportunity will bring Zakoulouta one step closer in achieving his dream of making it into the 2024 Olympics.

Article: Samantha Smith is a second-year Bachelor of Media and Communication (Sports Journalism) student at La Trobe University. You can follow them on Twitter @ssamanthasmith5