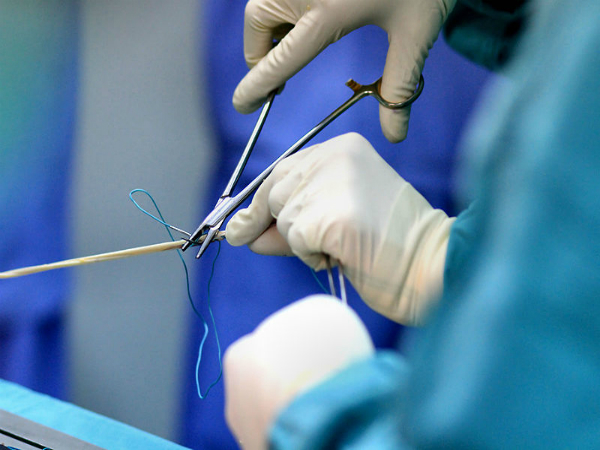 Pulling on an AFL jumper for the first time must feel like a dream come true for any player – years of hard work culminating in a place in the senior team.

That joy was unfortunately short-lived for young Richmond midfielder Nathan Drummond. He suffered an ACL rupture just before half-time in Friday night’s game against Melbourne, and now the 20-year-old must wait until 2016 before he gets another opportunity to run out with his teammates.

Other players who will miss the remainder of the 2015 season as a result of ACL injuries include Michael Close, Christian Petracca, Daniel Nielson, Mitch Brown, Eric Mackenzie and Tom Liberatore.

The prevalence of ACL ruptures so far could lead to a record season of knee injuries. As Dr Kate Webster, Associate Health Professor at La Trobe University, explains, however, early knee injuries are not uncommon.

“We do see more ACL injuries in warmer weather in Australia,” Dr Webster tells upstart. “The theory behind this is that warm season grasses tend to have higher traction and that can lead to higher ACL injury rates.”

“It happened last year and in 2013 there were a lot of early ACL injuries and everyone thought they were going to be bad years for them,” she says.

ACL injury trends have only fluctuated slightly since 2004, according to the Australian Football League Injury Report 2013. On average, just under 15 knee reconstructions were performed each season between 2004 and 2013.

The highest number of knee reconstructions recorded was in the 2013 season, with 23 taking place. This increase can be linked to the introduction of expansion clubs Greater Western Sydney and Gold Coast and the subsequent rise in the number of AFL players.

The fact that eight of the ruptures in the 2013 season were recurrences of the ACL graft is a particular cause for concern.

Tim Whitehead, an orthopaedic surgeon who specialises in knee trauma, tells upstart that younger players are most prone to re-injuring their ACL after they undergo surgery and rehabilitation.

“When you have an ACL injury if you’re over the age of 20, you’ve got somewhere between a five to eight per cent chance that the ACL graft will recur. If you’re under the age of 20, that incidence increases to about ten to 13 per cent,” Whitehead says.

“This may be due to the fact that they haven’t quite fully developed their musculoskeletal system yet.”

Four of the seven players who have suffered ACL ruptures this season fit in the 20-and-under bracket. This means Close, Nielson, Drummond and Petracca must be monitored very closely to help avoid future issues.

Dr Webster was a key contributor to the Anterior Cruciate Ligament Return to Sport Index (ACL-RSI). The ACL-RSI measures three psychological features– emotions, confidence in performance and risk appraisal–in order to determine the attitude of the player towards returning to the sporting field.

“With an elite level athlete they have a lot of medical and allied health support so there would be a team psychologist to help them get back.”

Unfortunately, the nature in which the injury is sustained means AFL players are prone to re-injury at any moment, regardless of whether they are emotionally prepared for action.

“An AFL footballer has to be able to perform in 360 degrees of freedom by running to attack, running to defence and from side to side. They’ve got contact coming from 360 degrees. It’s a jumping and collision sport so there are a lot of factors that contribute to tearing an ACL,” Whitehead says

“Whether it’s the way they land, or the way they twist and pivot, it’s just that perfect storm of moment when the knee is put into a certain position where the ACL is vulnerable and it ruptures.”

It’s the sad reality of sport that injuries are widespread. Young players, in particular, due to their greater susceptibility to re-injury, must ensure they’re fully prepared physically and mentally in order to put themselves in the best possible position to avoid future ACL injuries.