The young para-athlete taking the running world by storm. 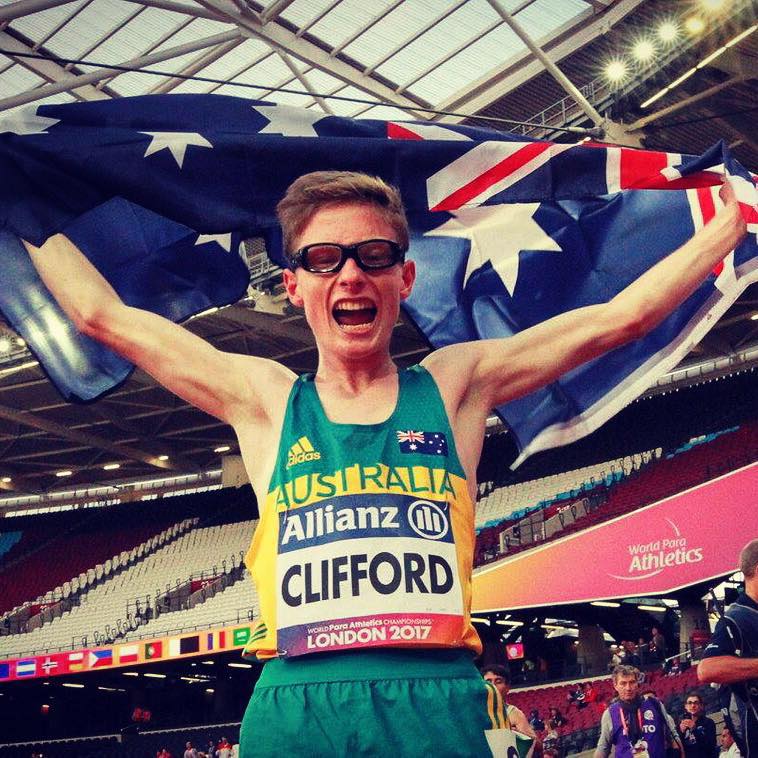 As he turns into the home straight, Jaryd Clifford is sitting in fifth position.

Around five metres separate him from the leader of the race.

As the finish line draws closer and the crowd’s roar grows louder, Clifford makes his move.

By the 50 metre mark, his shift in intensity sees him power past the two athletes sitting just ahead of his left shoulder.

He crosses the line in 3:53.07, leaving nine of his 11 opponents in his wake, and setting a new Australian record.

The youngest man in the race has taken out the bronze medal in the Men’s 1500m T13 2017 London World Para Athletics Championships Final, in a remarkably courageous surge to the finish line.

“I don’t know where it came from,” Clifford tells upstart.

“I train in Eltham, Research and Greensborough, and it’s really hilly. I was thinking, I run 140km a week on every hill there is to run around here, so I thought to myself I can run 100 more metres and I just put all my energy into that.”

“I never expected to medal so to cross the line and win a medal, that was the most adrenalizing, crazy moment of probably my whole life really.”

At just three years of age, Clifford was diagnosed with juvenile macular degeneration, a genetic visual impairment that affects his central vision.

By the age of 11, he was declared legally blind.

“The condition effects my central vision, so if I turn my head, which isn’t really good for running as it doesn’t really help your form, I can see a little bit more,” says Clifford.

“But if I’m looking straight ahead I can just sort of see the movement of the person in front of me. I can’t read their name on their singlet or anything like that. Beyond that I don’t know what’s happening in the race.”

“When it gets to the tactical races where we’re not running just to be quick, everyone is trying to conserve energy and then someone makes a move off the front of the pack and I might not see that.” 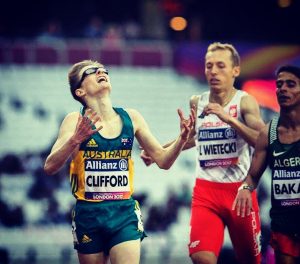 But Clifford hasn’t let his visual impairment stop him from making his mark on the running world.

“It hasn’t been as bad as it is now my whole life, but I’ve grown up with it and I’ve learnt to do everything with it, so it doesn’t really phase me,” he tells upstart.

As Clifford’s vision deteriorated, the sports he once played became too difficult for him to compete in. This is when his running career came to life.

“I ran in primary school, but I was never really a huge stand out. I did other sports and then I kind of realised that ball sports were getting a little bit tricky so I did little athletics for a while,” says Clifford.

“I was starting to get a bit better, and then I did a talent search in the city, and I did pretty well on a beep test. They recommended I start training in athletics and they sent me up to the Australian institute of sport when I was 13 for a camp, and that’s sort of how I got training in athletics.”

In what has only been a relatively short career, Clifford has celebrated an abundance of success, notching up a long list of significant achievements. 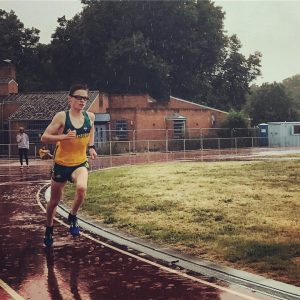 Clifford made his international debut at just 16 years of age, where he placed 7th in the 2015 IPC World Championships T13 3000m in Doha, Qatar.

The following year saw Clifford compete in the 2016 Paralympic Games held in Rio, where at just 17 years of age, he cut 48.38 seconds off his personal best time to claim seventh place in the T13 1500m race. The race became known for being faster than the men’s 1500m able-bodied Olympic final. 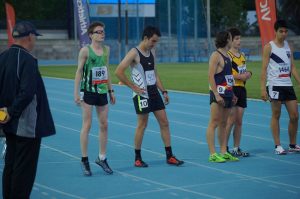 But it’s not just the para-athletic scene that Clifford continues to dominate.

Having proven his competitive ability at the able-bodied National Championships in previous years, Clifford now has his sights set on qualifying for next year’s IAAF World Junior Championships.

“Over the summer, I’m thinking my goal will be qualifying for the World Junior Championships but for able-bodied athletes, which hasn’t been done before,” says Clifford.

“It’s been done in the Olympics with people like Oscar Pistorius, but never at the World Juniors.”

“I still medal at nationals against kids in my age. I’m in the top two or three guys.”

Having already achieved such a long list of Australian records and advanced onto the world stage at such a young age, Clifford’s future is set to change the game. The 1500m star believes his best running is still ahead of him.

“In distance running, you don’t peak until maybe late twenties. I mean the best distance runner in the world at the moment able-bodied wise is 32,” Clifford tells upstart.

“They say it’s an old man’s sport. I mean you’ve got to run 140 to 150 kilometres a week and it’s about getting the miles in the legs, so I obviously haven’t had the time to get that many miles in the legs compared to other guys.” 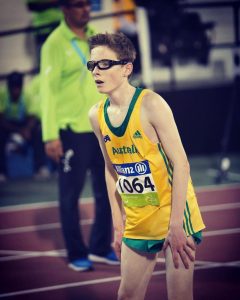 “I think at this stage, physically, I will be able to run the times that are necessary to qualify for the able-bodied Olympics.”

“Whether or not I’ll have the visual ability to do it by myself, I’m not sure, because I wouldn’t be able to have a guide. But it’s never happened before where someone has gotten the qualifying time, but not been able to do it.”

“I do think down the track, maybe ten years down the track, and if everything goes alright physically with injuries, it’s well within my capabilities. It’s a pretty cool thought.”

For Jaryd Clifford, no obstacle is too great to overcome to attain success.

“It’s pretty hard work and it’s pretty painful. My legs are sore every day but I love it.”