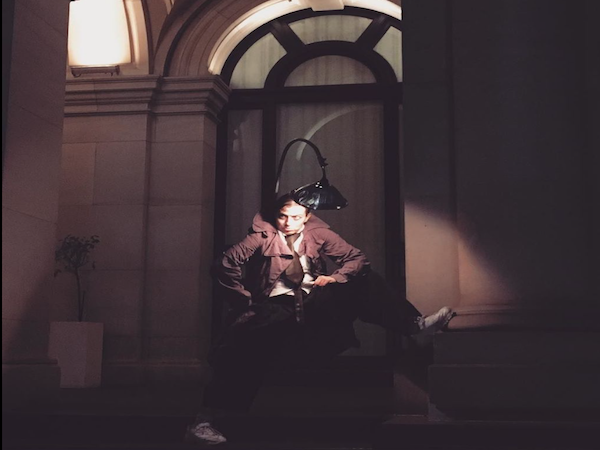 The 30th annual Melbourne International Comedy Festival (MICF) has taken over Australia’s comedy capital for three and a half weeks.

Running from the 23rd of March until the 17th of April, the MICF has grown to become one of the three largest comedy festivals in the world.

On par with Montreal’s Just For Laughs and Edinburgh’s Festival Fringe, the MICF will host around 547 shows.

The idea itself was created by comedy legends Barry Humphries and Peter Cook in 1987, starting off with a mere 56 shows.

The first performances at the inaugural MICF included the likes of Gina Riley, Wogs Out of Work and a newly formed trio – The Found Objects.

People may not recognise the name today, but it was the starting point for one of Australia’s famous comedy duos Lano and Woodley.

Today, acts from all over the world travel to Melbourne to perform, some of which are only just making their MICF debut.

One of these newcomers is U.S. comedy artist, teacher and director Deanna Fleysher.

Among one of 112 international acts, Fleysher performs amid the likes of big names Stephen K. Amos and Arj Barker.

Fleysher takes on the persona of private eye Butt Kapinski in a film noir murder mystery.

In an adults only murder investigation, Kapinski uses improv and audience participation to deliver a ‘sex, sin, shadows and subterfuge’ filled performance.

“(My favourite part is) when the audience and I are having fun together like we’re all old friends out for a special night on the town,” she tells upstart.

Inspired by a plethora of people and things, Fleysher names “Raymond Chandler, Tim Curry (and) Tom Waits,” as some of the people who have inspired her.

The Butt Kapinski character is one that Fleysher has been working on for a long time.

“I found it on a street corner in New York City, but it was also gestating in me my entire life,” she says.

She describes the performance as “a strange underground community event come sociological experiment.”

“Like ‘The Rocky Horror Picture Show’ without the fishnets and sequins,” she says.

This isn’t Fleysher’s first Australian performance; recently she completed a season at the Adelaide Fringe where she won the Best Comedy Weekly Award.

Running from mid February to mid March each year, the Fringe enables independent artists of all genres to showcase their talents.

To ensure you don’t miss Fleysher while in Melbourne, she will be performing 23 shows at The Tuxedo Cat.

The Melbourne International Comedy Festival has something for everyone.

Tightarse Tuesdays are popular, especially with students, as tickets are discounted by about $10 depending on the show.

Raw Comedy awards one lucky winner the opportunity to perform at the Edinburgh’s Festival Fringe So You Think You’re Funny? alongside international amateur comedians.

For comedy lovers who aren’t able to make it to the acts all around the city, the festival offers the Comedy Roadshow.

Starting from the 20th of April, a band of travelling comedians visit various towns across Australia bringing the comedy to you. One of the first stops on the Roadshow is La Trobe University.

Kicking off at 6:30pm on Wednesday 20th April, comedians such as Becky Lucas, Rob Hunter and more will be performing at the Agora Cinema.

For just $25 a student, or cheaper if you’re an LTSU member, you can book your tickets for a night of laughs here.