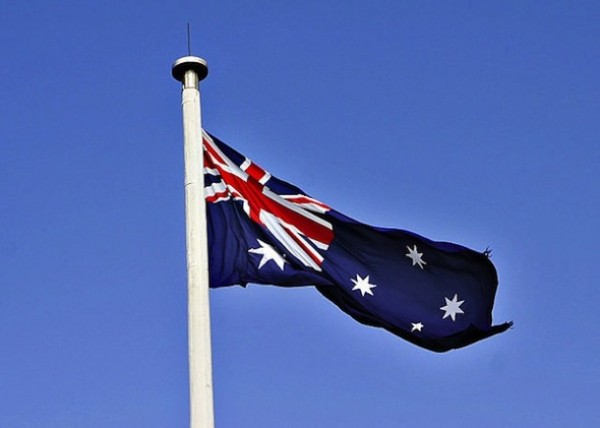 There is something about a national day of celebrating all things ‘Australian’ that has me running for my British roots. 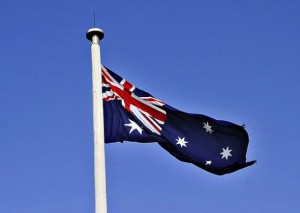 As the flags come out, the VB cans crack open and the barbeques heat up, I find myself struggling to equal the patriotic feelings of my fellow Aussies.

But in the end, I think it just comes down to the fact that I’m just not a very good Australian.

I have never watched a full game of cricket and have avoided the current screenings of the Australian Open, which is on the TV sets in almost all homes around the nation. And I don’t follow the AFL, a declaration that seems to receive a significant amount of shock and horror from those around me.

In my defence, I do remember vaguely choosing my football team as a child on the basis of which team had my favourite animal. It is a pity I was into birds at the time, as aligning myself with the team with ‘the cute magpie’ has never done me any favours.

I think I’m just missing all the characteristics of what makes a typical Australian.

I don’t go to the beach. I’ve never been a fan of Kylie Minogue. I much prefer a cheeky vodka sunrise to a pint of beer. I have never watched an episode of Neighbours. I don’t like meat pies. If I hear Australia’s unofficial anthem, Cold Chisel’s Khe Sahn on the radio, I swiftly change the station and I don’t even own a pair of thongs.

All in all, I’m simply a terrible fair-dinkum Aussie.

Even more troubling is it seems as time goes on, my un-Australian deficiencies are increasingly becoming even more apparent as Australia Day becomes larger every year.

It is becoming one of the biggest events on the calendar, if it wasn’t already. According to the Herald Sun, department store Big W reported a ‘25 percent increase in Australia Day merchandise this year’. Just look around, there is ‘Australia Day-themed’ everything these days, from aprons and oven mitts to Borat-style mankini’s.

So with our national flag flying high on every car, flags rising up the post or being caked on people’s face with a fake tattooed, I have another ‘Un-Australian’ confession to make – I cringe at the site of the Australian flag.

I find it synonymous with the display of the confederate flag in America, a symbol that equally gets under my skin. Instead of seeing it as patriotic, I view it as extremely nationalistic, with an ‘Embrace the Australian way of life, or get out!’ kind of rhetoric that is unnerving.

A study last year on Australia Day celebration goers, sadly confirms my suspicions. The survey revealed that those that display the Australian flags on their cars are more likely to have racist opinions than those that do not. With the study even revealing that among the people that displayed flags:

’43 per cent of them believe the White Australia Policy had saved Australia from problems that other countries had experienced,’ according to researcher Farida Fozdar.

This is the same white-supremacist policy that prevented any non-Caucasian person from entering Australia on the grounds of avoiding the racial degeneration of Australia’s mostly British composition.

The flag’s meaning now sadly represents not just a symbol of our nation, but also a racial division between those that call themselves ‘true-blue Aussies’ and everyone else.

As much as the wider population would not like to admit, the flag at times can be used for a kind of ‘F&%# off we’re full’ brand of patriotism, that has become a shameful but very real aspect of Australia Day.

As The Punch’s Tory Shepherd writes:

‘Our flag’s meaning has shifted and increasingly it is pointing to a fervent nationalism that has crept over the line into bigotry and intolerance. It’s rabid patriotism and it’s ugly.’

This being said, I would like to believe that this extreme nationalism of flag bearers is the exception and not the rule.

For every bad egg, I’m sure there are plenty of just proud patriots that value all Australians and don’t highjack the meaning of the flag to serve their racist agendas.

I personally don’t feel the urge to fly the Australian flag, but that doesn’t mean I don’t love Australia. I just don’t think it’s necessary to force patriotism down one another’s throats.

I’m happy just being a passive patriot. I will never utter the words ‘Crikey’, ‘Struth’ or ‘Maaaaate’.  While everyone turns to me stunned that I have no idea who Mike Hussey is or the rules of AFL, I am content with having no intention of learning either.

I may be ‘Un-Australian’ to some every time January 26 rolls around, but hopefully I’m Australian enough to count for the other 364 days of the year.

I think I will just have to accept that for this one day and I will remain feeling like an outsider for being an unenthused insider.

So what can be my saving grace? I do like sausage sizzles, vegemite and drinking a lot, so I may still have a bloody fighting chance.

Tara Watson is a Graduate Diploma of Journalism student at La Trobe University. You can follow her at @taraswatson