Perth Glory hosts Sydney FC at Optus Stadium to decide the champions of the 2018–19 season. 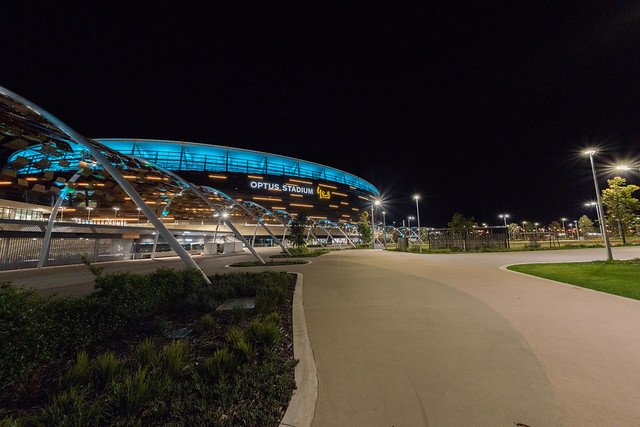 Perth Glory and Sydney FC will face off on Sunday evening in a battle for the 2018–19 A-League Championship.

The event will be one of the most attended events in Optus Stadium’s short history, with an expected attendance of 50,000.

So, let’s look at how these two sides got to this point in the season.

Perth Glory had a talented list but just weren’t quite a force under Kenny Lowe. The team finished in 8th place and missed finals, but made a statement of intent to become a major force this season when they replaced Lowe with former Western Sydney Wanderers coach Tony Popovic.

With players like Matthew Spiranovic (who played under Popovic at the Wanderers), Jason Davidson and Chris Ikonomidis joining Perth this season, Popa suddenly had one of the most talented teams on paper and was expected to be a major player.

Sydney FC, on the other hand, also replaced their coach. Steve Corica took the helm when Graham Arnold left to become the head coach of the Socceroos.

Arnold coached Sydney to the team’s third Championship in 2016–17 after defeating Melbourne Victory in a penalty shootout, but were handed a dose of revenge a year later, when Brandon O’Neill was caught ‘forlornly’ chasing Victory’s Terry Antonis deep into extra time, which sent Sydney FC packing.

This is Corica’s first stint as a manager of a professional football club, and there was much speculation of whether Sydney FC would regress this season after it lost two of last season’s best players: Golden Boot winner Bobô and Johnny Warren Medallist Adrian Mierzejewski.

Corica brought in international stars like Adam Le Fondre and Siem de Jong as replacements, and while they probably didn’t have the impact that Bobô and Mierzejewski had, Corica did manage to guide the team to their fifth Grand Final.

The story so far

From the get-go, Perth and Sydney have been the two strongest sides in the competition. Perth has been on top of the table since Round 4.

Sydney FC were battling with Melbourne Victory for second place for most of the season, spending much of the summer in third before leapfrogging Victory in Round 20 and has remained there since.

Perth has been outstanding on all sides of the pitch. Andy Keogh finished third in the Golden Boot with 15 goals, Diego Castro and Neil Kilkenny were close in the Johnny Warren Medal count, Shane Lowry was a colossus in the backline, and Liam Reddy finished with 12 clean sheets, four more than his nearest challenger.

For Sydney FC, Adam Le Fondre settled in quite nicely, breaking Bruno Fornaroli’s record of the fastest player to score 10 goals in the league, before finishing with 18. Andrew Redmayne finished with eight clean sheets, while Brandon O’Neill and Rhyan Grant both featured in the PFA Team of the Year.

In the finals, both sides enjoyed a week off for finishing in first and second place on the table at the end of the season, but their respective semi-finals could not have been more different.

Perth played a dramatic semi-final last Friday against Adelaide United. Perth looked to cruise to a comfortable win when the team was leading 2-0 with just ten minutes to play until Adelaide’s Baba Diawara scored in the 81st minute, then Ryan Kitto levelled the scores just seconds before full time.

Scott Neville made it 3-2 late in the first passage of extra time before Michael Marrone stunningly made it 3-3 in the 115th minute to force the game to a penalty shootout. However, Perth keeper Liam Reddy was immense, saving multiple penalties and even scoring one himself.

All four penalty saves and his converted penalty!

Sydney FC had it all too easy in their game against Melbourne Victory. Extracting revenge in a replay of last year’s semi-final, Corica’s team completely dismantled Victory in a crushing 6-1 performance. The Sky Blues led inside three minutes and didn’t let up from there.

Adam Le Fondre scored two goals, while Miloš Ninković scored a terrific goal in the 88th minute, when the result was beyond all doubt. In fact, Victory’s lone goal was the last of the match and wasn’t until injury time in the second half.

Where the game will be won

Tony Popovic knows how to win big games. During his tenure at Western Sydney, the Wanderers climbed the summit of continental football when they won the 2013–14 Asian Champions League against Al-Hilal. While Perth was in a winning position twice last week, the team showed it knows how to stand up when it counts.

However, Corica does have a leg up for this game, though, as his side has a 2-1 record over Perth this season. Corica handed Perth their first loss of the season back in Round 9 with a 2-1 win at nib Stadium, as well as the most recent clash in Round 26 with a 1-0 result in favour of the Sky Blues.

Neither side has any injury concerns from last week, indicating that no changes will be made to either side. Popovic and Corica have both played most of their games with the same starting XI, and this week should be no different.

The match-up between two of the A-League’s best home-grown talents, Perth’s Chris Ikonomidis and Sydney’s Rhyan Grant, will likely be a decisive factor in the game. Grant has become Australia’s first-choice right back, while Ikonomidis has had a stellar campaign which saw him win the Young Footballer of the Year award and even featured for the national side at the 2019 Asian Cup.

For Perth to win, it needs to make sure that Sydney’s full-backs are accounted for. The pairing of Grant and Michael Zullo control most of the Sky Blues attack, with Zullo finishing seventh in the league for crosses. Also, the rock-solid defensive partnership of Spiranovic, Lowry and Djulbic needs to work hard to control the free-scoring Adam Le Fondre and curb the influence of Ninković.

It's five!@A1F1E9 nets his second and Jubilee is jubilant.

The vocal Perth supporters may also play a role as well. The Sky Blues have won 10 of the past 11 games against Glory, so Popovic doesn’t have history on his side, but playing in front of a packed Optus Stadium might help.

Sydney will need to maintain its momentum from last week’s team and hit Perth hard from the first whistle. Brandon O’Neill has been strong in many areas this season, including leading the competition for total passes, as well as finishing with seven assists.

What the teams are saying

Popovic said his team is set for the occasion, despite the fact that his team doesn’t have much finals experience. The team’s form all season has been stellar and the team is ready to go.

“They’ve been confident all year and they’ve produced all year,” he said.

“They’ve embraced every challenge that’s been put in front of them, and they’ll embrace this one.

“I’m really looking forward to seeing them play, I know they’ll produce a fantastic game of football and ultimately we want to win.”

Defender Ivan Franjic is the only Perth player who has won an A-League Championship, which he did during his time at Brisbane Roar.

Sydney playmaker Miloš Ninković recounted his side’s dominance over Perth in recent times but said it all counts for little in a Grand Final.

“Look, there is not some special secret between us,” he said to Fox Sports after winning last week’s semi-final.

“We have played so many times against each other. We beat them twice this season, but the Grand Final is a different game.”

Photo: Optus Stadium by Bryce Walker. Used under Creative Commons license 2.0. The image has not been modified.