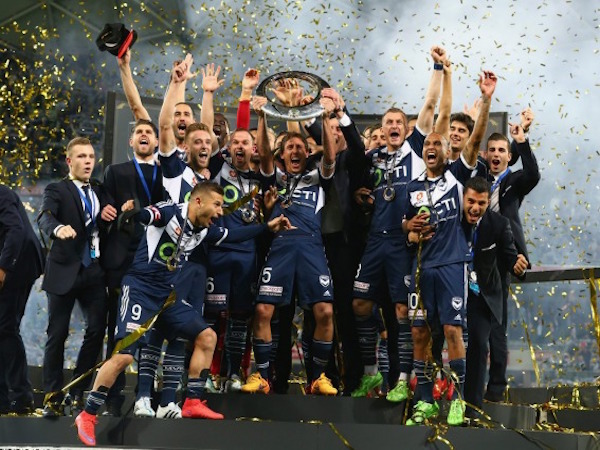 A higher quality pool of players and an improved standard of football awaits, as season 11 of the Hyundai A-League gets under way tonight.

A total of 55 international players have been signed, and some of Australia’s best players and managers will ply their trade, all aiming to win the 2015/16 Premier’s Plate.

upstart has analysed the ten teams in contention.

The Jets had a campaign they’d rather forget, winning just three games from 27 last season, finishing at rock bottom. Very little went right under coach, Phil Stubbins, who hadn’t managed to sign a marquee player or get any continuity from the group. Football Federation Australia (FFA) decided the club needed a fresh start.

They now enter 2015/16 with a clean slate – a new coach, Scott Miller, a new captain, Nigel Boogaard, and nine new players. However, such poor offensive and defensive records last season will take time to improve.

The success of the Wanderer’s first season resulted in regular Asian Champions League (ACL) matches. However, these turned out to have a negative effect on their A-League title charge. Winning the ACL was undisputedly the highlight, with many arguing their success was worth the local sacrifice.

While Western Sydney has lost some key players, Ante Covic, Tomi Juric and Matthew Spiranovic, they have acquired some handy replacements. Federico Piovaccari comes from Italy, and will have a lot of responsibility to score goals. Dimas Delgado comes in to control the midfield, after playing more than 200 games in the Spanish league. Australian international, Dario Vidosic, who joins the team after his contract ended in Switzerland, will further bolster the midfield.

Western Sydney must respond to critics under their managerial maestro, Tony Popovic.

Despite shaping up to be a contender, the Mariners were a serious flop last season. Central Coast finished with just five wins, and serious attacking problems; they scored just 26 goals in their 27 matches.

Irish striker, Roy O’Donovan, joins the young team, but it will be almost impossible to cover players lost from previous seasons. Zac Anderson, Mitch Duke, and former skipper John Hutchinson, are some big players they’ve lost, leaving many spots in their first 11 up for grabs.

What looked like a fairytale rise to success, turned out to be an unforgettable fizzer. The 2014/15 season will be one Perth wishes to forget, after they were kicked from the finals for serious salary cap violations, despite finishing third.

Manager, Kenny Lowe, has a knack of getting the very best out of his squad. The acquisition of champion goalkeeper, Ante Covic, and internationals Gyorgy Sandor and Diego Castro, will give Perth hope they can make the top six again. This time they’ll be aiming to stay there.

After sneaking into the finals following Perth’s ban, the Roar nearly upset Adelaide in their elimination final. But, the competition’s most successful club had an off-season full of turmoil, hampering their pre-season. Claims of unpaid players, and overdue rent, signals financial troubles at the club. Keeping these issues off the field will be tough for new manager, John Aloisi.

One positive for the group is that little has changed in terms of personnel. However, they have added striker, Jamie Maclaren, who scored six goals for Perth last season.

Last season was arguably the most successful in the history of the Heart/City franchise, with their finals win over Wellington in New Zealand.

There have been wholesale changes in the City squad this season, but it appears they’ve improved their list. EPL veterans, Thomas Sorensen and Aaron Hughes, come in, as do the Australian capped, Ivan Franjic and Michael Zullo, and international striker, Bruno Fornaroli.

A berth in the FFA Cup semi-finals awaits them, and the aim will be to challenge cross-town rivals for higher honours.

Under coach, Ernie Merrick, the Phoenix became a much more organised side last season, and appeared to become a big challenger. Their star player, Nathan Burns, has left the club, and a big hole remains in his wake. The Phoenix will be hoping to fill the void with Dutchman, Jeffrey Sarpong.

However, with little depth in the squad, if one or two key players are struck down by injury or suspension, the Nix will be in for a tough time.

Not much movement in the list means they shouldn’t decline much, but how much can they improve?

Boasting some of the best international talent in the A-League, the Reds had a memorable season, winning the inaugural FFA Cup, and finishing third overall in the league.

Nearly all of Adelaide’s key players have been retained, including Marcelo Carrusca and Sergio Cirio. Departing, are central defender Nigel Boogaard and young forward Awer Mabil, but such is the strength of this squad, meaning it should be well covered.

A telling factor will be the role of new manager, Guillermo Amor. It’s unlikely he’ll live up to the fan-adored, Josep Gombau, but if his results are matched, or improved, Amor will be loved just as much.

Big changes at Sydney will take some time to get used to, especially the losses of golden boot winner, Marc Janko, midfield dynamo, Terry Antonis, and defensive wall, Sasa Ognenovski.

To their credit, to improve their front half, the Sky Blues have signed Filip Holosko from Slovakia and Milos Ninkovic from Serbia.

The club’s challenge will be to go one step further, after coming second to Victory in the league, and losing the grand final 3-0.

Melbourne Victory was clearly the competition’s best last season, even though they only finished first by three points.

They lose goalkeeper, Nathan Coe, and captain, Mark Milligan. But these holes have been filled by Perth stopper, Danny Vukovic, and Australian representative, Oliver Bozanic.

With such a superior list, it’s hard to see when the Victory will ever decline. Other teams might have to start hoping for injuries.

Josh Schonafinger is a Bachelor of Journalism (Sport) student at La Trobe University. You can follow him on Twitter here: @joshschon.