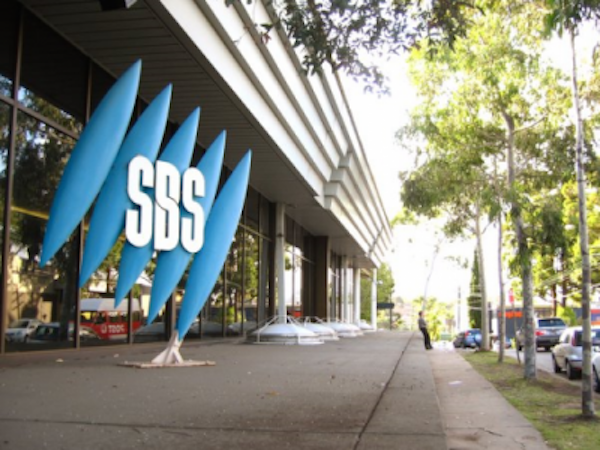 Mark Scott didn’t quite have the most seamless of departing speeches from his managerial duty at the ABC, instead using his final address to the National Press Club in Canberra to suggest a merger between Australia’s largest public broadcasters.

However, in what could presumably save taxpayers tens of millions of dollars a year many are branding Scott’s proposal of putting the ABC and SBS under one roof as an attack on Australia’s commitment to multicultural programming.

Questioning SBS’s adherence to its foundational charter, Scott told the audience in Canberra that the public broadcaster had “moved away from multi-lingual programming” in recent decades.

He also conveyed doubts over the broadcaster’s distinctiveness to the ABC in a senate estimates hearing in early February.

“I suspect that the SBS of today, which is more general interest broadcasting, means that the distinction between the two broadcasters is not as distinct as it once was,” Scott said under questioning from senators.

“There is far less subtitled content on SBS in primetime than would have been the case 20 to 30 years ago on their main channel.”

Under the proposed merger, both public broadcasters would still offer distinct brands.

However, they would do so “without an entire separate back office, stand-alone buildings, studios and technology, IT, legal, finance, HR and corporate divisions, or a separate board,” according to Scott.

Following Scott’s speech, the plausibility surrounding the merger between both public broadcasters has divided the political and media world into two camps.

On one side, there are those who are strong proponents of a possible merger and interrogative of SBS’s role as a multicultural broadcaster.

Liberal Senator, Eric Abetz, spoke to Tony Jones in late February on ABC to explain why he thought both public broadcasters should join forces.

“The idea of bringing them together I think makes eminent sense,” he said.

Labelling the back-offices of both public broadcasters as “very top heavy”, Abetz proposed that having only “one board and executive team…would save a lot of money for the taxpayer”.

In an article written in the Herald Sun, columnist Andrew Bolt went a step further and made a call to completely scrap the special broadcaster.

Targeting SBS’s programming schedule, Bolt argued that it no longer correlated with the multicultural policies it was created to serve.

The conservative columnist questioned the relevance that “a cooking show hosted by a Malaysian-born MasterChef contestant” or an “English-language history of the Vikings” has in meeting the communications needs of ethnic audiences.

Others, however, are still supportive of SBS’s capacity in being able to serve Australia’s ethnic and diverse communities.

Many are also weary of what they consider an inevitable ‘take-over’ by the bigger ABC, over the smaller SBS, comprising of commentators who are disenchanted by merger talks.

Steve Aujard, president of the non-for profit lobby group ‘Save Our SBS’, says that a merger could be disastrous for the smaller broadcaster.

“A merger would be very risky and expensive,” Aujard tells upstart.

“We are yet to be convinced that the ABC is the right organisation to takeover SBS. In reality it would be a takeover by the larger organisation – the ABC – of the smaller one.”

Despite also admitting that SBS had moved away from its multicultural programming in recent years, Aujard points to in-program advertising introduced in late 2006 as the reason for this.

“Since SBS introduced in-program advertising on SBS television, it has tended to go for the broader appeal rather than niche audiences,” he says.

“Unfortunately, this has made SBS an easy target for talk of a merger.”

Last year’s SBS Annual Report shows that between 2014-2015, 45 per cent of television content on SBS One was in a language other than English. On SBS 2, the figure stood at 60 per cent.

However, 81 per cent of content in languages other than English belonged to the ‘World Watch’ time slot, which is scheduled in the early hours of the day – broadcasting direct news services from around the globe.

Therefore, as Aujard mentions, it is rather SBS’s lack of non-English content during primetime television that is the main point of concern.

“In the 1980s there was barely an English language program on SBS. Sadly this is not the case today,” he says.

Despite this, Aujard is optimistic that SBS has the “right mix of people” and a habit of consulting their stakeholders, which would allow them to adjust their schedule accordingly.

In workplace diversity, the SBS Annual Report reveals that 32 per cent of SBS employees spoke a language other than English at home as opposed to figures released by the ABC, which shows only 11.8 percent of employees from non-English speaking backgrounds.

“A lot of people forget SBS Radio successfully broadcasts nationally in 74 languages each week, and is an outstanding success in providing Australian news and content to new and emerging communities,” Aujard says.

Since 1986, SBS has been the subject of government ambivalence. At the time, the Hawke government decided to amalgamate the public broadcaster with the ABC, which was ultimately vetoed in the Senate following the Australian Democrats’ overturning of the decision.

Merger discussions have often been a talking point in several federal government terms.

But within Australia’s rapidly changing media landscape and among severe financial cuts to public broadcasters, the future and viability of SBS has never been more relevant.

“Australians deserve access to both platforms and I think Mark Scott’s speech in Canberra was pretty much just a bombshell,” says Aujard.

A bombshell that could prove costly.

Deniz Uzgun is a third-year Bachelor of Arts student (completing a double major in journalism and politics) at La Trobe University. You can follow him on Twitter: @uzgundeniz.