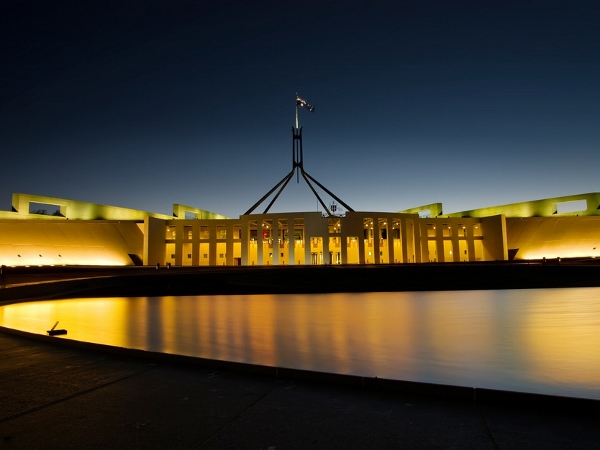 Australia’s Parliament was ablaze with activity in the final week of its autumn sitting period, culminating in another dramatic fracture within the ALP cabinet. There is now a six week break until Parliament resumes: a reprieve that could be vital for many in the lead up to the September election.

The government clearly has the most work to do over the next six weeks, having failed to improve its dire polling results thus far in 2013. The fallout from Thursday’s coup d’farce saw a clutch of experienced ministers—including Kim Carr, Simon Crean, Martin Ferguson, and Chris Bowen—join the likes of John Faulkner and Robert McLelland on an extraordinarily talented backbench.

The task of again rebuilding a cabinet from the loyal remainders of a leadership spill presents Gillard with not only a steep challenge, but also a vital opportunity. This should be the most unified (if inexperienced) front bench that the Prime Minister has lead, if Friday’s air of finality is to be believed.

The next few weeks provide Labor with its best shot at political clean air until September’s election, and it must seize the opportunity to get back “on message.”

Whatever election platform the party plans to carry to the polls in six months remains unclear at this point—a concern that demands immediate attention.

The ALP’s best chance to sell itself to the nation is the budget presentation that will begin the next sitting period of Parliament on the 14th of May. The budget also looms as the first of many speed bumps on the horizon for the party, after Wayne Swan lashed himself to the promise of a financial surplus, something he is apparently unable to deliver.

Whilst Swan’s address presents a significant challenge for the party, it also provides them with a rare opportunity to define their political identity. Achieving this will require more than simply re-treading tepid party lines about working families.

Using the budget presentation as a positive election platform would be no mean feat for the ALP. But, it is perhaps the last chance to address the nation before their pre-election conference, and is a guaranteed way to set the media agenda if handled right.

The Labor Party has persisted, throughout its time in power, in painting itself as a party of action and strong policies. With this in mind, their next sitting period in Canberra is extremely crucial. Once it finishes in late June, only three months will remain until the election, and any remaining pretence of governing will be abandoned in favour of full blown campaigning.

If the ALP wants to continue to push itself as a collection of policy-minded individuals, it will need to be extremely active during that eight week window. There are many loose ends currently hanging in the cabinet, most notably the NBN and Labor’s troubled attempts at election reform.

As a party currently shuffling towards the electoral gallows, there remains little margin of error for Labor. They need to come out swinging when parliament resumes, and in order to do so, will need to make the most of this current interlude.

The opposition, by comparison, will be forced to do very little in their parliamentary free time. They’ve already enjoyed great success by keeping a low profile outside of Canberra, and their continued strength in the polls allows them to stay the course.

Abbott will apparently spend some of the six weeks trying to rally support for a vote of no confidence, but it seems clear that the quest remains little more than a stunt. A similar attempt failed during Thursday’s pressurised proceedings, and it’s difficult to see much changing as tempers cool over Easter.

The remaining stakeholder that can take advantage of its time off from parliament is the press gallery. Last week was an embarrassing conclusion to a particularly tawdry period in Australian political journalism.

Leadership speculation has eclipsed all other forms of political reporting regularly over the past few years, but the only recent occasion of a successful Federal spill caught most reporters off guard.

Many within the media spent the past week feverishly obsessing over the potential for Rudd vs Gillard, round 3. The fact that Thursday ended with not a bang, but a whimper asks the question: is it time for Australia’s journalists to move on?

At some point, experienced commentators such as Laurie Oakes need to view rumours of another spill with extreme scepticism. How many times will they allow themselves to be lead down the garden path by dissidents and leakers within the ALP?

In an election year, the media owes it to the public to provide a more rigorous examination of the policy platform that each party provides. This brief respite from the heat of question time provides Australia’s press the opportunity to take a cold shower and focus on the issues that an election will be fought over in September.