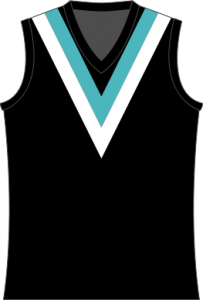 The Port Adelaide Football Club has been rocked to its foundations in recent days, yet it’s difficult to feel sympathetic to its plight. The situation is completely self-inflicted.

Following Port’s humiliating 34-point loss to Greater Western Sydney on the weekend, coach Matthew Primus was informed that his services would not be required beyond 2012.  He was offered the opportunity to finish the season in charge, but Primus understandably declined.

‘I don’t think I would have the passion or substance to coach the playing group,’ Primus said at his press conference on Monday.

Assistant coach and former Geelong champion, Garry ‘Buddha’ Hocking, will assume the role for the rest of the season, hopeful of claiming the position permanently.

Primus’ record certainly isn’t flattering. His team’s at thirteen wins from 47 matches, with five of those victories occurring during his own caretaker stint after premiership coach Mark Williams was sacked in July 2010.

But to judge him simply on the win-loss ratio would be a mistake. To act on heated emotion is similarly foolish. By sacking their second-year coach, it seems the emotions of Port Adelaide officials has trumped the logic of remaining patient and realistic.

Since its 2007 Grand Final appearance, Port Adelaide has not made the finals.

The Power’s playing list has been substandard for numerous years, prompting their focus on developing talented youth in a bid to reclaim the success of the early to mid 2000s.

The likes of Matt Thomas, Hamish Hartlett and Matthew Broadbent have emerged as high quality contributors during Primus’ tenure. However, the squad collectively remains a work in progress.

Axing Primus suggests that Port Adelaide’s board believes the progression should be further advanced. But given the lack of resources and player depth, even Jock McHale would have struggled to produce better results.

The knee-jerk reaction to what was an undeniably embarrassing performance against the Giants is evidence of the ‘grass is always greener’ mentality.

Sure, the upcoming changes to Port Adelaide’s coaching structure may yield success. But there is equal merit in showing faith.

At the end of the 2006 season, for example, Geelong held serious discussions regarding Mark Thompson’s future as head coach. It was a lengthy process, and one that was delicately balanced between keeping or ridding of ‘Bomber.’ But Geelong stuck with their man and were rewarded, as Thompson led the Cats to glory in 2007 and 2009.

The circumstances at Port Adelaide are somewhat different, but the theory is the same – realism and trust must come before the temptation to start from scratch.

Like many coaches in his predicament, Primus has been blamed for Port’s inability to be competitive on a consistent basis. To an extent that is fair – after all the fish rots at the head.

But while we must acknowledge that a large degree of responsibility falls to the captain of the ship, the players are also significant in this wreckage.

If the GWS game was the tipping point that it appears to be, then the 22 players who wore the Power guernsey on Saturday afternoon should feel aggrieved and at least partially responsible for Primus’ fate. Signs of improvement, which Port has offered at times this season, will inevitably be overshadowed by such displays.

There is always an eye to the future when deciding a coach’s status. Evidently, Port Adelaide chief executive Keith Thomas and outgoing president Brett Duncanson could not envisage Primus in the club’s plans.

Given everything that has been discussed, the wisdom of the Primus decision is questionable. Dismissing a club legend due to the efforts of a squad that is widely regarded as being no better than their current ladder position is hard to justify.

More to the point, a club that is struggling on and off the field needs stability. Instead, Port Adelaide has shot themselves in the foot and created avoidable chaos.

Perhaps Rodney Eade, Scott Burns or any of the prospective candidates for the vacant senior coaching role will add new spark to the Power. Maybe they will struggle in the Alberton environment.

Either way, Matthew Primus has been hard done by.