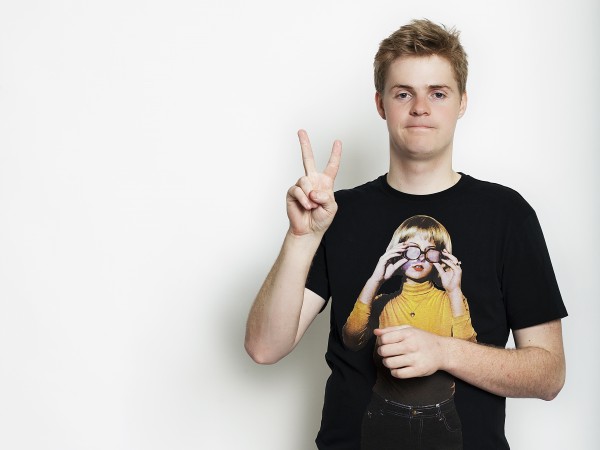 He takes his audience on a taxi ride through his experience of life as a homosexual in Australia – and he suggests it’s far from a land of rainbows.

“It might be easy for inner-city hipster lefties to forget, but this is still a profoundly homophobic and transphobic country,” he tells upstart.

Tom talks the audience through everyday interactions where he has felt discriminated against or less than a first-class citizen. In particular, the story centres on an instance where Tom attempted to catch a taxi in Newcastle. The taxi driver recognised Tom and, knowing he was gay, decided to drive away.

Other stories in the show tell of Tom being single, going out, and experiencing travel mishaps. On a more serious note, Taxis & Rainbows & Hatred also generates discussion about the treatment of the LGBTQIA community in Australia, in particular homosexuals. 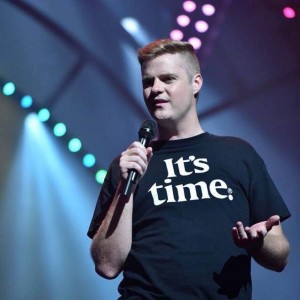 As a high-profile comedian, Tom feels a sense of responsibility when it comes to speaking about the issues those in the LGBTQIA community face.

“I have to speak out about the bullsh*t that queers still face in Australia in 2015,” he says.

“The little nicks I’ve copped as a big ol’ gaybo allows me to sound off on these topics.”

Through Taxis & Rainbows & Hatred, Tom aims to bring to light serious issues that the audience may not normally think about or find easy to discuss.

“Young same-sex attracted Australians are up to six times more likely to commit suicide than their heterosexual peers and in the transgender community it’s even higher than that,” he says.

“These are damning, uncomfortable facts that people don’t like to talk about, but they’re there and we need to keep talking about them.”

Throughout the show, there is a strong focus on stereotypes and prejudice, with a bit of toilet humour to get the biggest laughs.

An ex-Triple J presenter, Tom didn’t start off in the realm of comedy. In fact, he was more interested in acting to begin with.

“I really wanted to be an actor and I heard about the Class Clowns competition and just saw it as a chance to get more stage time and maybe meet someone famous. I did my first gig and it went okay and then just kept at it,” he says.

Tom is in his seventh year of comedy, and it’s easy to see that it’s more than just a job for the 25-year-old.

“Performing live stand up to a crowd for an hour and being able to say whatever you want is the ultimate thrill for me and I want to keep doing it until I die,” he says.

Tom sees comedy as a personal exercise. For him, it’s about using honesty, humour and interesting situations to discuss real life issues.

“I want my comedy to be about honesty – honesty about who I am, including all the good and all the bad.”

Tam Kendi is a third-year Bachelor of Journalism student at La Trobe University. He is the Politics & Society Editor for upstart. You can follow him on Twitter @tamkendi.