Essendon, Carlton and Hawthorn have been forced to leave Victoria after its COVID-19 outbreak. 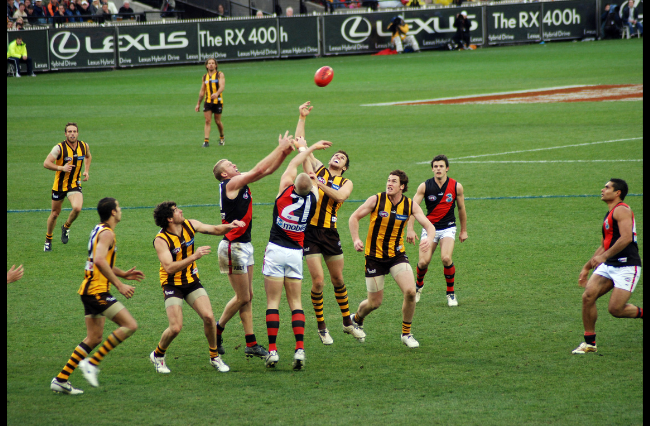 The Essendon Bombers left Melbourne this morning and flew to Perth, while Carlton have also left this morning in a flight to New South Wales (NSW) where they will face the Sydney Swans this weekend at the Sydney Cricket Ground (SGC).

Hawthorn will be the third team to leave Melbourne and will be fly out to Darwin sometime tomorrow so that they will still be able to face the Gold Coast Suns this Saturday night.

The Western Bulldogs are out of isolation and will resume training this Wednesday. This came after the team was informed that on Monday night one of their staff members attended an exposure site in Melbourne’s northwest. This led to training being suspended on Tuesday.

The Bulldogs are COVID free and will be able to play Friday night’s blockbuster showdown with Melbourne leaders at Marvel Stadium.

There is still a question regarding the crowd capacity allowed in the MCG stadium as it is considered an indoor activity because of Marvel’s Stadium closed roof. The AFL will decide on this issue after health advice is given on Wednesday.

Last Sunday, a positive COVID case was recorded at the MCG following Collingwood versus Port Adelaide and this weekend’s games may depend on the outcome of that incident.

The AFL and the Melbourne Cricket Club (MCC) explained that they have several plans prepared to deal with this situation in hopes of keeping the footy on.

“Each plan has specific measures in place to reduce any potential risk, including the sectioning of grounds to limit patron movement and implementation of both ticketing data capture and QR code scans for efficient contact tracing purposes,” they said.

“The AFL and the MCC have prepared for this situation in multiple simulations, with contact information linked to ticketing data and QR codes.”

The MCG will also undergo a series of cleaning in the section identified in the latest outbreak.

“The MCG has advised that extensive cleaning of the venue takes place after each match and, out of an abundance of caution, a deep clean of the identified zone is now being undertaken.”

“We remind all fans attending this week’s round of matches to ensure they scan the QR code in stadiums to further assist with the ongoing management of the pandemic.”

Photo: Stoppage in an AFL game by Tom Reynolds available HERE and used under a Creative Commons Attribution. The image has not been modified.