As I wait for my talent at the AFL Victoria offices, it is quite clear that the employees pride themselves on keeping things spotless.  And then walks in Anthony Stanguts, carrying a satchel, wearing a black vest and sporting a rather contagious grin.  If there is one way to describe him, it would be ‘hard working’.

We adjourn to a small, yet comfortable and clean meeting room.  Organising my notes, Stanguts is all smiles as he prepares to face a barrage of questions. 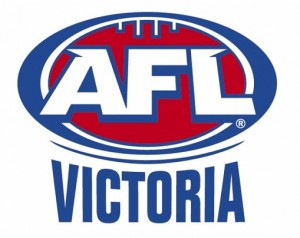 The Communications and Marketing manager at AFL Victoria has overseen and been a part of the team that has helped reshape Victorian football.

Since Stanguts started in his current position in 2011, he has used the AFL Victoria Record, which is a weekly magazine published during the season, as a vehicle to give spectators and clubs an understanding and connection to all that is going on.

The former Eastern Football League (EFL) media manager tells me that the Record was just 16 pages and contained only game day information and a couple of articles before he joined and mounted a resurrection job.

‘The focus was on the VFL supporters, working out what the football supporter wanted … being a publication the clubs have to sell and utilise, and create content that people wanted to read,’ he says, discussing the changes made to the magazine since he started in his current role.

‘For me, it’s a great occasion when you can get to a stage where there’s content missing out on the Record. Last year we were making up the last couple of articles. [Now] I think we can have more features on supporters … [and] look behind the scenes of how clubs work.’

Stanguts is a firm believer that there is still more progress to go if the Record is to succeed further. But he and the media at team AFL Victoria are happy their initial aim of getting it back to 64 pages has been achieved.

Now looking ahead, he is hoping to give the supporters a better understanding of the VFL and its operations, especially now that the organisation is changing the way it presents itself to its current and new audiences..

It comes as a shock for me to learn the myriad of questions AFL Victoria is asked on a regular basis.  Stanguts’ day-to-day tasks present many challenges for him and the organisation.

‘One of our biggest tasks as an organisation is getting a clear perspective of what AFL Victoria is, and does,’ Stanguts says.

‘For us, we have to explain we’re a lot more than just managing the VFL and TAC Cup competitions … [also asking ourselves,] is the sport enticing for someone to take it up?’

Using the Record and the development pathway for the TAC Cup into higher level football, Stanguts also has the responsibility of giving the competitions the best publicity possible.

On the subject of the TAC Cup, which is a pathway for young elite footballers into the AFL, Stanguts believes the competition is continuing to gain strength.  With the Victorian Football League (VFL) also providing a stepping stone from the TAC Cup, Stanguts looks at the role the entirety of AFL Victoria has in developing the league for the future.

‘In recent years, AFL Victoria has looked at strengthening the relationship between TAC Cup and VFL clubs. We’ve been trying to show there is an opportunity for them to progress in football by playing against AFL players at aligned clubs.’

The affiliation between several VFL clubs and the AFL is one of the main priorities AFL Victoria is currently working on.  Stanguts expresses that the nature of the relationship is still a work-in-progress, as clubs and supporters are still coming to understand just how the connection between the two levels works.

‘Clubs are now discussing what they want out of the alignment,’ Stanguts says.

‘To me, it’s got to do with the communication between AFL and VFL clubs.  [And] over the coming years we may also see more draftees come out of the competition, due to the standard of having those AFL players.’

On a more personal side, I find it wasn’t just the love of playing the game that drew Stanguts into the media arena.  It is, in fact, the attraction of the community aspect of the sport.

The development and progression of players throughout the leagues and competitions also holds a large fascination for Stanguts.

‘I find [it’s] the passion that drives people to be involved in sport.  I enjoy seeing players develop … seeing a player come up through the ranks, seeing the journey they take,’ Stanguts says.

But before we knew it, our conversation turns to early life, where I explore the origins of Stanguts interest in media work, along with his everyday influences.

‘My parents encouraged me to explore and aim high.  I had their support 110%, be it sport or study choices I made.  That encouragement, from a family perspective, drove me to aim high career and study-wise.’

He explains he was also very lucky to have a wonderful mentor at the EFL, Peter Booth, who has over 30 years of experience and served as Stanguts’s role model in the early years.

‘To have the opportunity to learn under someone like Peter, really benefited me.  I utilised the two years I spent with him and got him to give me constructive criticism.  A lot of the things he taught me, I still use today.’

In the current media environment, Stanguts is a firm believer that social media can be a very effective tool for content promotion, and that methods already used to develop and publish online content can be adapted for AFL Victoria.

‘Social media is an ever-changing landscape.  I don’t think anyone has worked out the key to it yet,” he says.

‘For us, it’s an ability to promote our programs … [and] it’s an ever growing chain that continually gets passed on.’

As our interview wraps up, I put one last question to Stanguts about how he perceives AFL Victoria on topics such as social media and current AFL Victoria projects. And with his whole-hearted response, there is a noticeable difference to his tone.

‘We’ve looked at the changes we’ve made to the competition to enable it to be more of a talent pathway. We’ve got academies at TAC Cup and VFL level, giving players further opportunities to develop their skills.’

Davis Harrigan is a first year Bachelor of Journalism (Sport) student at La Trobe University.  You can follow him on Twitter: @Davis_Harr